Moderna to supply up to 500 mil vaccine doses to Covax 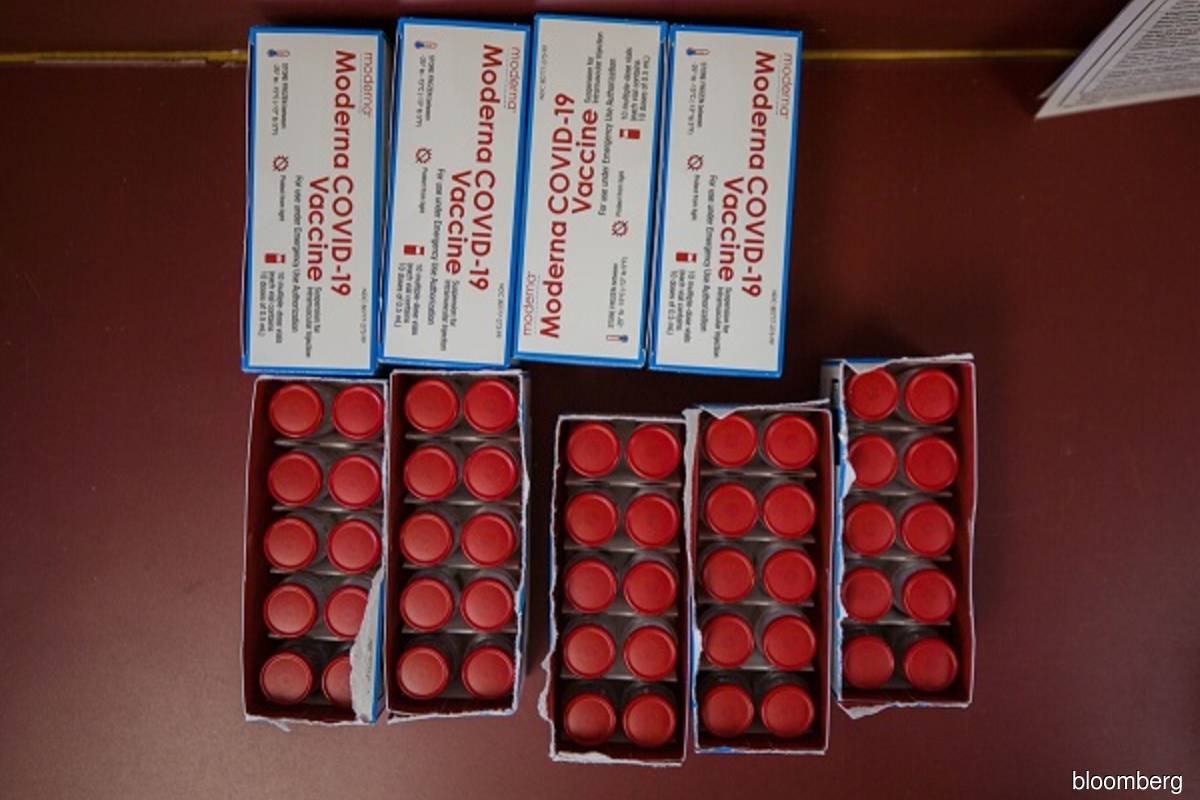 LONDON (May 3): Moderna Inc agreed to provide as many as 500 million doses of its Covid-19 shot to the programme known as Covax, in a boost for the global vaccination effort, but only a small fraction of the shipments are due to arrive this year.

The US drugmaker is joining developers including AstraZeneca Plc, Pfizer Inc and Johnson & Johnson in supplying Covax, which has faced setbacks in its bid to help lower-income nations. The vaccine last week was cleared for emergency use by the World Health Organization, making it eligible for Covax.

Covax has encountered funding challenges, delivery delays and other hurdles in a high-stakes campaign to narrow the vaccine-access gap. As India confronts a devastating resurgence of the illness, concerns are rising for many countries around the world that have been left behind by their wealthier counterparts.

Rich countries last year snapped up vaccine supplies from Moderna and others, and the US alone has already administered more than 240 million doses. Covax meanwhile has shipped about 50 million to more than 120 countries and territories, based on data through late April.

Supplies of Moderna’s messenger RNA vaccine to Covax are set to begin in the fourth quarter, with 34 million doses available in 2021, according to Gavi, the Vaccine Alliance, one of the partners in the initiative.

The US drugmaker will supply as many as 466 million doses in 2022 and potentially provide access to shots that are adapted to fight virus variants in the future. Moderna CEO Stephane Bancel last week said he was deeply worried about variant-driven epidemics in places like South America and India.

The terms of the agreement with Gavi weren’t disclosed, though Moderna said it’s offering the vaccine at the company’s “lowest-tiered price.”

The doses will help broaden Covax’s portfolio. The programme is heavily reliant on the Astra shot, which is cheaper and easier to deploy but has faced worries about rare blood clots that have complicated immunisation campaigns. Covax is also leaning on the Serum Institute of India Ltd as a key supplier, but the country said in March that it would slow down exports to focus on its own needs.

“Having a diverse portfolio has always been a core goal for Covax, and to remain adaptable in the face of this continually evolving pandemic – including the rising threat posed by new variants,” Gavi Chief Executive Officer Seth Berkley said Monday.

Gavi has said it’s seeking to raise US$2 billion by June to secure additional doses to cover as much as 30% of the populations in 92 lower-income economies. Covax is led by Gavi, the WHO and the Coalition for Epidemic Preparedness Innovations, and works with organisations including UNICEF as well. Sweden also pledged to donate one million doses of the Astra and University of Oxford vaccine, Gavi said.

Pfizer and BioNTech SE in January agreed to supply as many as 40 million doses to Covax, which is also due to receive up to 500 million doses of J&J’s single-shot vaccine.

While Astra has pledged not to profit from its vaccine during the pandemic and recorded US$275 million in sales from the shot in the first quarter, Moderna has said it expects to bring in more than US$18 billion in Covid vaccine sales this year.