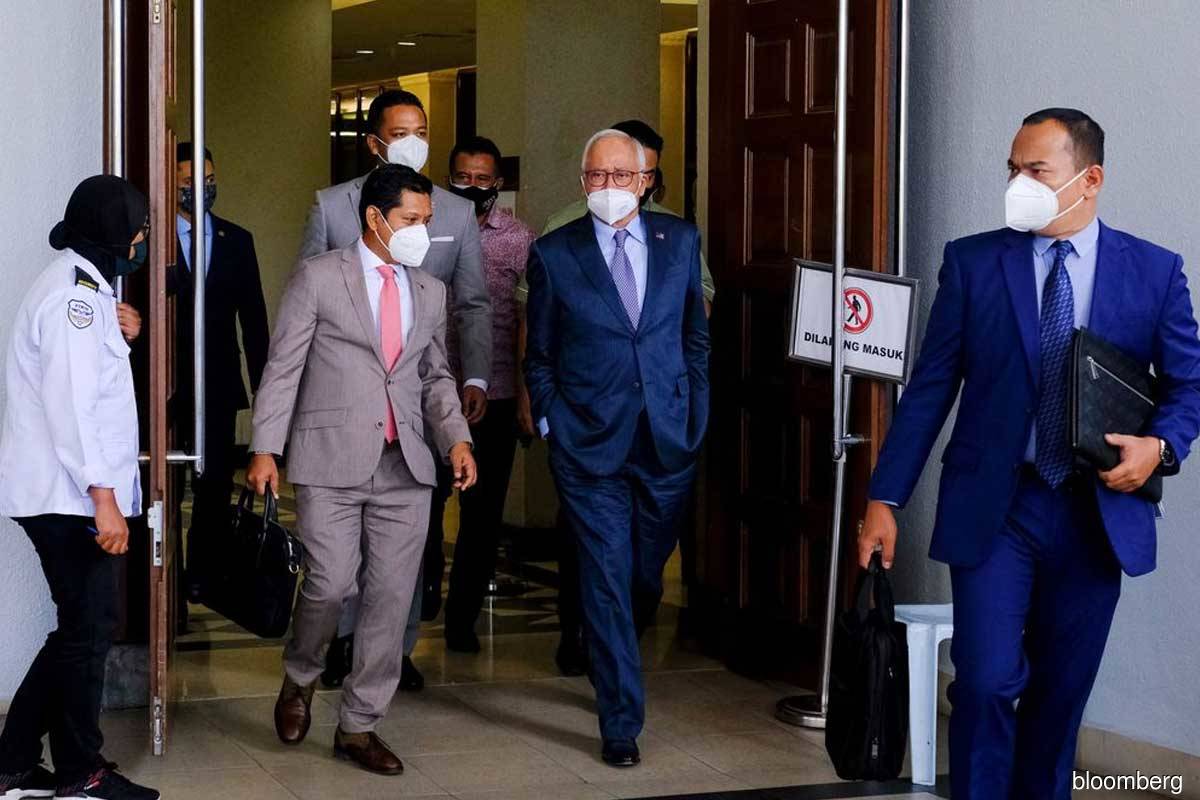 (Dec 6): In 2018, ex-Malaysian leader Datuk Seri Najib Razak looked like a dead man walking: He lost his job after a shock election defeat and was arrested in connection with a scandal that allegedly saw billions in stolen cash laundered through superyachts, Hollywood films and even a Pablo Picasso painting.

Now, suddenly, Najib’s fortunes are looking up. In November, he helped lead the United Malays National Organisation (Umno) to a big win in the Melaka state election, prompting the party — which now leads a shaky coalition after a series of upheavals in Parliament — to consider calling an early national election. The goal would be to restore the dominance it enjoyed during more than five decades of uninterrupted rule prior to the party’s surprise loss in 2018.

For Najib, the stakes couldn’t be higher. In July 2020, the High Court sentenced him to 12 years in jail and gave him a RM210 million fine after finding him guilty of all seven charges in a case involving roughly US$10 million of funds deposited in his personal accounts from a former unit of troubled state fund 1Malaysia Development Bhd (1MDB). Najib has denied wrongdoing, and a court is set to decide on his appeal this week.

If that ruling goes against Najib, he can still stay out of jail while he appeals again — a process that could take years. But if the guilty verdict is held up after all appeals are exhausted, Najib would be disqualified from serving as a lawmaker or standing for elections. And beyond that, he still faces more trials on dozens of other 1MDB-related charges.

“That is why he is fighting so hard for his political career,” said James Chin, a political analyst from the University of Tasmania. “He knows only politics can save him.”

Najib has maintained his innocence throughout, saying he didn’t benefit from 1MDB or steal money from the fund. For now, he’s taking advantage of the spotlight, blasting the opposition and portraying himself — a prime minister’s son educated in the UK who loves golf — as a champion of the little guy.

On the campaign trail in Melaka, he attracted crowds of adoring fans seeking photos. After Umno’s victory, his supporters swarmed his Facebook page with calls for him to become the prime minister again. Najib’s office declined to comment for this story.

“Every day, they talk about Najib, Najib, Najib — from social media to the election campaign to Parliament, it is the same,” he said on Facebook on Nov 24. “Isn’t there anything else to discuss in Parliament like the people’s welfare or the development of the country?”

For better or worse, Najib’s fate is directly tied to Malaysia’s standing in the world. The 1MDB probe spanned the globe, with investigators from the US, Switzerland and Singapore all working to recoup billions of dollars belonging to Malaysian taxpayers. Any appearance of political interference in Najib’s cases risks damaging perceptions of the Southeast Asian nation.

“All investors looking at Malaysia will be asking ‘Does this country respect the rule of law?’,” said Bridget Welsh, an honorary research associate with the University of Nottingham Asia Research Institute Malaysia.

The pandemic has seen the economy slump to its worst performance since the 1998 financial crisis. A majority of households experienced income decline, according to the Department of Statistics Malaysia, with one in five in the middle class falling into the bottom 40% income group.

Najib has focused on bread-and-butter issues such as subsidies and unemployment that affect people’s lives more than the 1MDB scandal, said Ahmad Martadha Mohamed, an associate professor at Universiti Utara Malaysia.

“Despite the conviction and the ongoing court case, he manages to downplay the charges by shifting the focus to issues that the people are struggling with,” Ahmad Martadha said.

Facebook has been Najib’s main vehicle for rehabilitating his image over the past few years. He now has 4.6 million followers, more than Prime Minister Datuk Seri Ismail Sabri Yaakob and opposition leader Datuk Seri Anwar Ibrahim combined, and surpassing the 3.9 million accumulated by Tun Dr Mahathir Mohamad — Najib’s main rival who unseated him in the 2018 election.

“102k likes, 18.3k comments and 3.9k shares. This is a clear indication of the will of the people. Many are still affected. Come on, press the button one last time. Last I promise,” he said in one Facebook post written in casual Malay, a stark contrast with his stately manner and posh accent when speaking in English.

While Najib holds no leadership position in Umno, his colleagues recognise him as a thought leader who can help win votes. “Najib is still very influential among the majority of Malay voters,” said Datuk Seri Johari Abdul Ghani, a former second finance minister during Najib’s administration. “His experience in managing the economy of the country during his nine years as the PM is undeniable.”

Still, Umno is riven with competing factions that constantly jockey for power: Anwar, Dr Mahathir and former prime minister Tan Sri Muhyiddin Yassin, who was ousted in August, were all formerly members of the party.

“There are pockets of politicians who are against him and a lot of ruptures and factions even within Umno,” said Serina Rahman, a visiting fellow at the ISEAS-Yusof Ishak Institute in Singapore.

His legal troubles are an even bigger unknown. If the Court of Appeal overturns Najib’s conviction on Dec 8, it would be up to the Attorney General — who can be removed by Ismail Sabri, a Najib ally — to decide whether to appeal against that decision in Malaysia’s highest court. Najib also has two other 1MDB-related trials ongoing, and another two that have yet to start.

Malaysia has seen four top prosecutors in the past seven years. Najib himself removed an Attorney General in 2015 during the investigation into 1MDB. Following the 2018 election, Dr Mahathir ousted the Najib-appointed Attorney General who had initially cleared him of wrongdoing, and appointed another top prosecutor who stepped down in 2020 after Dr Mahathir resigned.

If all else fails, Najib could seek a royal pardon if Umno wins the next election. The 2018 election win cleared the way for Dr Mahathir to seek a pardon for Anwar, which was swiftly granted by the King in Malaysia’s rotating monarchy. That sentence for sodomy, however, was widely seen as politically motivated compared to the corruption charges facing Najib.

Either way, Najib’s popularity among his fan base gives him influence over Umno, Serina said.

“Whether or not he becomes the PM, he will continue to have power,” she said. “He can still control what happens from the behind the scenes.”