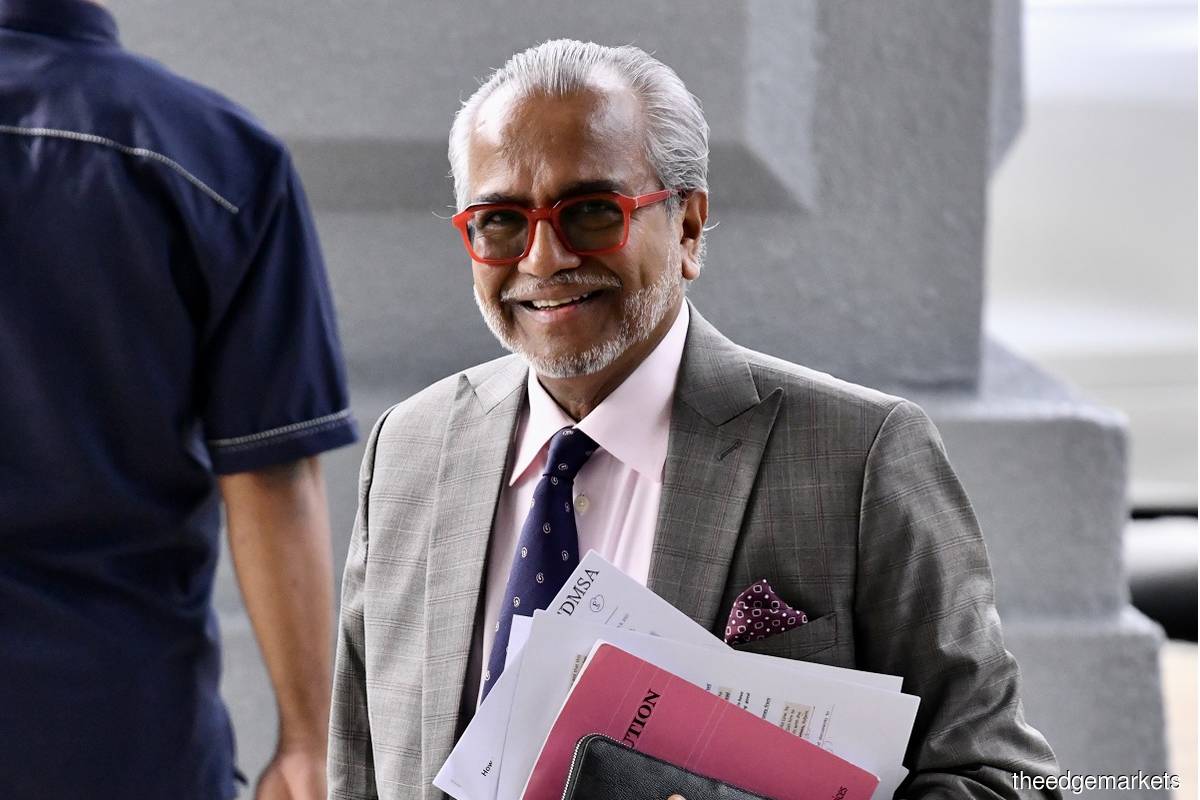 KUALA LUMPUR (Nov 22): Datuk Seri Najib Razak's defence in the ongoing 1Malaysia Development Bhd-Tanore (1MDB-Tanore) trial argued on Tuesday (Nov 22) that admitting an audio recording of an alleged conversation between Najib and a Middle Eastern leader would infringe on the former prime minister's right to a fair trial.

Lead defence counsel Tan Sri Muhammad Shafee Abdullah said this during submissions over the admissibility of the audio which the prosecution is seeking to admit to counter Najib's defence that monies at the heart of the charges he faces in this trial were donations.

Muhammad Shafee argued that the prosecution's reliance on Section 41A of the Malaysian Anti-Corruption Commission (MACC) Act for the admission of the audio was too "simplistic" and "demolishes all the safeguards" in the Evidence Act 1950, thus impacting Najib's right to a fair trial.

He also added that there was no proof of how the audio was made and argued that Section 43 of the same Act had set out procedures to follow in order to obtain recordings.

"It is [a] question [of] not just procedure in criminal investigation. It also touches very much on the constitutional right of the person.

"Can MACC simply tap [a] conversation without obeying their own law [which is] Section 43?" he said.

Last Monday (Nov 14), the prosecution had introduced the recording during proceedings. They wanted former Treasury secretary-general Tan Sri Mohd Irwan Serigar Abdullah to identify the voices in the audio.

However, Muhammad Shafee had objected to the audio being admitted and alluded that the recording may have been illegally obtained.

During submissions last week, lead prosecutor Datuk Seri Gopal Sri Ram had argued that the recording should be admissible under Section 41(A) of the MACC Act and that it is a "special provision" which takes precedence over Section 65 of the Evidence Act which deals with documentary evidence.

He also said that even if the audio was obtained "irregularly or illegally", it would still be admissible.

Earlier, Muhammad Shafee highlighted, among others, that Section 41A that the prosecution was relying upon came into effect in October 2018, but the charges that Najib faces in this trial were from 2011 to 2014. He said that it cannot be applied retrospectively in his client's case.

"The point I want to drive home is that the amendment to this MACC [Act] came on Oct 1, 2018. Our contention is that it cannot be retrospectively applied.

"You cannot simply call it procedural or evidential and apply it retrospectively," the defence counsel argued.

Read also:
Tong tells court Jho Low told him to 'be careful' about The Edge's reporting on 1MDB, regarded it as threat
Justo paid a huge price for saving Malaysia from world’s largest kleptocracy, that's why I gifted him US$2m, The Edge chairman tells court
Prosecution in 1MDB-Tanore trial seeks to admit audio recording of alleged conversation between Najib and Middle Eastern leader