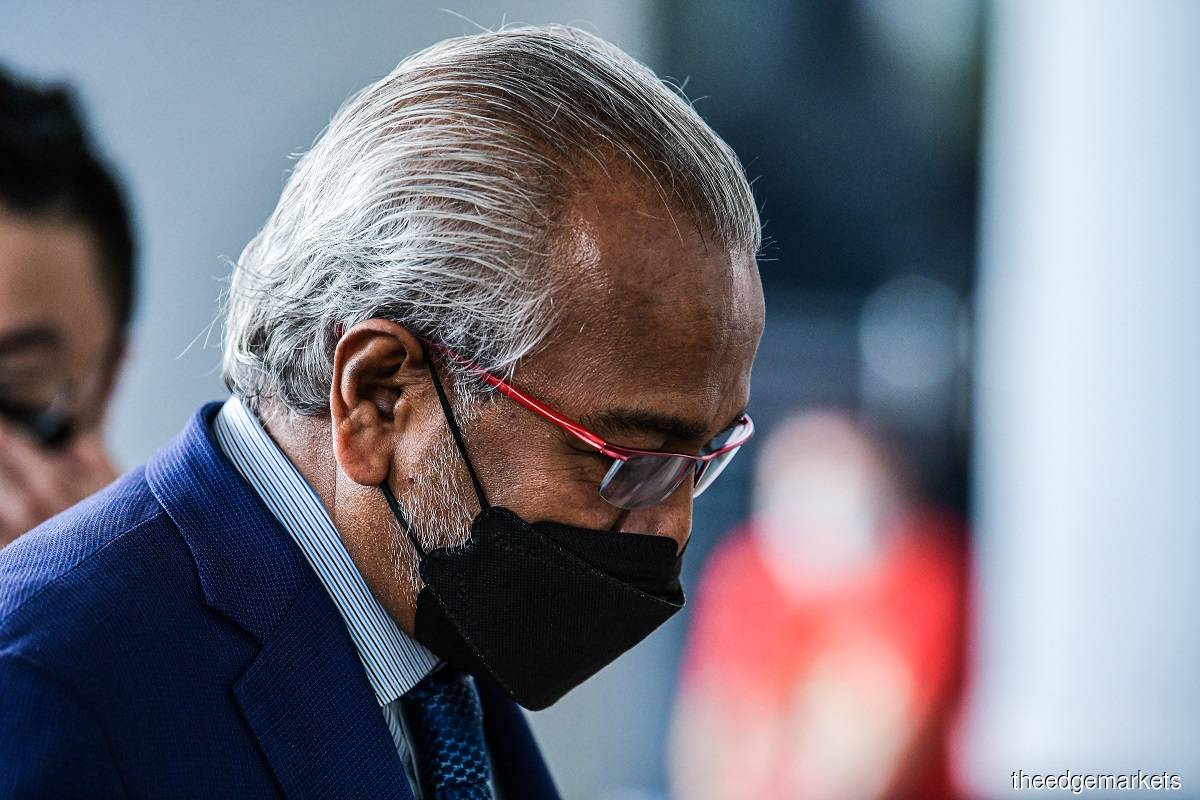 Shafee said he needed a break to confer with the prosecution about Siti Zauyah and what the prosecution's next course of action is. (Photo by Zahid Izzani Mohd Said/The Edge)

KUALA LUMPUR (Aug 25): In a rare scene in Malaysian court proceedings, former Finance Ministry deputy secretary general (policy) Datuk Siti Zauyah Mohd Desa said on Thursday (Aug 25) she was not involved in drafting her sworn witness testimony and that she was not aware of its content although she had signed off the document.

She also said she did not know that Minister of Finance Inc (MOF Inc) had a 25% stake in 1MDB.

This was when Shafee got angry and told Sequerah: “I don’t know why this witness is being produced, she gave a textbook statement."

"I think I need to confer with my colleagues. This is going nowhere. This is the first time in 46 years I am asking a witness and it’s going nowhere,” Shafee said.

During the cross-examination, Shafee had asked Siti Zauyah about 1MDB's Memorandum and Articles of Association, specifically on the clause about preference shares held by the MOF Inc in 1MDB.

Shafee told Siti Zauyah that this was an important clause but Siti Zauyah did not have it in the list of documents to support her witness statement.

In the 1MDB-Tanore trial, Najib had on Sept 20, 2018 pleaded not guilty to 25 charges linked to abuse of power and money laundering over hundreds of millions of dollars of funds received in his personal bank accounts.

Prosecutors, when describing the abuse of power charges, said Najib used his position as the prime minister, finance minister and chairman of 1MDB to obtain funds totalling about RM2.3 billion between 2011 and 2014.

The money laundering charges describe how Najib received RM2.1 billion from Tanore Finance Corp, which US authorities said was used to siphon money from 1MDB.

As such, Najib’s trial has been referred to as the 1MDB-Tanore trial, which is being heard before Sequerah.

The trial on Thursday was scheduled to resume at 2.30pm following a break.

Details of the cross-examination on Thursday has been reproduced verbatim below.

Shafee: I’m just asking you how do you manage to control [an MOF Inc] company if you do not know [the] basic facts, that you have 25% control in 1MDB.

Siti Zauyah: [MOF Inc] officers Afidah Aswa and Hasmizah. They are handling the loan part not the MOF Inc [and 1MDB preference shares] part. I don’t know [who] from MOF drafted this (1MDB preference shares) part. I was given this (witness) statement at the last minute. I did not have the privilege of reading everything.

Shafee: You don’t know whether [the] things stated there (the witness statement) are correct or within your knowledge.

Shafee: This is under oath, so you [are] saying you did not read the document?

Siti Zauyah: I was just given the document and I signed it.