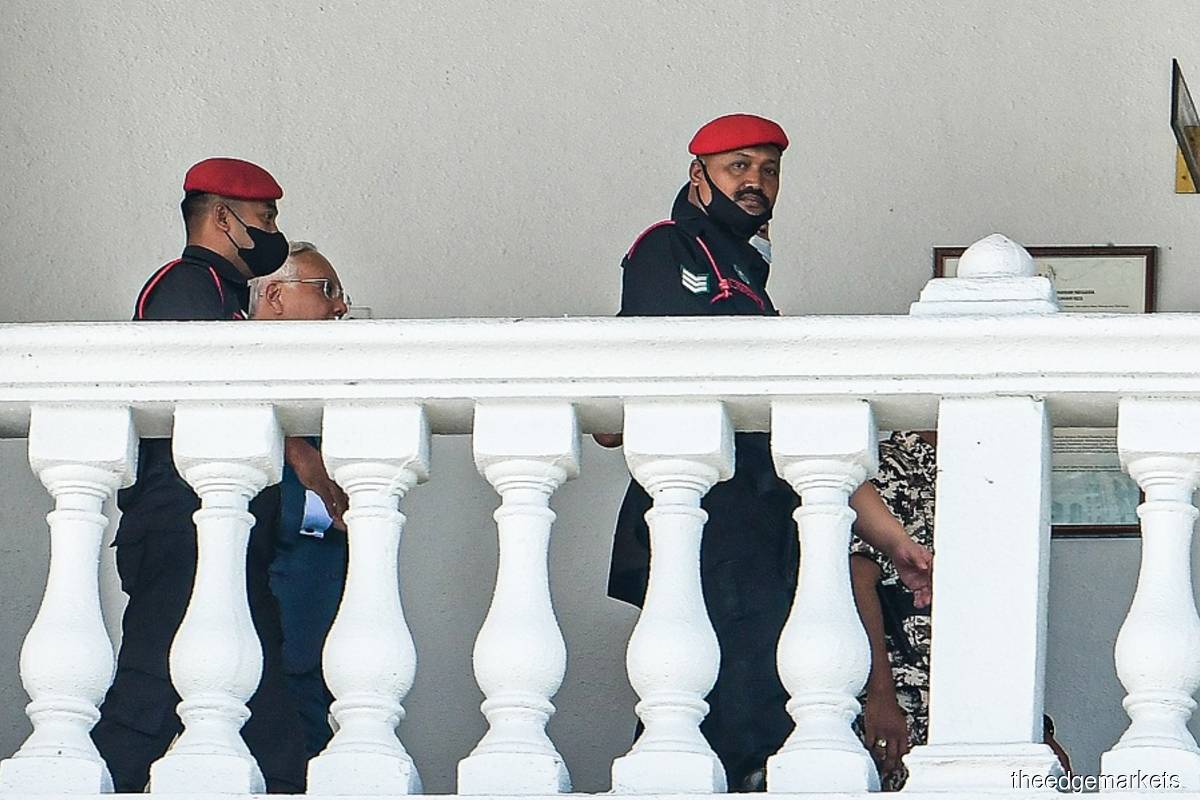 Uma Devi, who was detailing the monetary inflows and outflows of Najib’s account, also testified in court that RM2.03 billion (or RM2,034,350,000 to be exact) left the Pekan Member of Parliament (MP)’s accounts in five separate transactions between Aug 2 and Aug 23, 2013.

The RM2.08 billion forms the basis of Najib’s third charge in the trial, where he is charged with four counts of abuse of power for using his position as then prime minister, finance minister, and chairman of 1MDB’s board of advisers to receive gratification.

The RM2.08 billion also forms the basis of nine out of 21 money laundering charges.

Where did the money come from?

In prosecutor Datuk Seri Gopal Sri Ram’s opening statement in the trial, Sri Ram detailed how this RM2.08 billion came to be in Najib’s account.

The purpose of this alleged joint venture (JV) was to develop the Tun Razak Exchange (TRX) in Kuala Lumpur.

Sri Ram said that Najib issued a letter of support from the Ministry of Finance (as he was the finance minister at that time) to guarantee 1MDB’s investment. A loan of US$3 billion was raised for this alleged purpose from the Bank of New York Mellon Group. Goldman Sachs acted as the arranger of the loan.

Of the US$3 billion, a sum of US$2.721 billion was disbursed into the account of 1MBD Global Investment Ltd with BSI Bank at Lugano in Switzerland. The balance went to pay the fee of Goldman Sachs.

On March 21, 2013, Devonshire Funds transferred US$430 million to Granton Property Holding Ltd, which is a company controlled by Eric Tan Kim Loong, who is alleged to be an associate of fugitive businessman Low Taek Jho, also known as Jho Low.

Tanore then transferred RM2.08 billion from its accounts into Najib’s private account.

While Najib got the money, the JV never took off, according to Sri Ram.

Najib was responsible for all transactions in his account

During the examination-in-chief by Deputy Public Prosecutor Najwa Bistamam, Uma Devi said that Najib had sole control of his AmBank “694” and “880” accounts.

Najwa: From 2011 to 2015 for both these accounts (ending 694 and 880), are there any other bank officers besides Ambank officers who can access the account?

Uma Devi: Besides the relationship manager and branch staff, no one else will have access.

Najwa: In general, who is responsible for any transactions (in the accounts)?

The trial before Justice Sequerah continues on Tuesday (Sept 27).

The charges brought against Najib:

Four counts of abuse of power for using his position as then prime minister, finance minister and chairman of 1MDB’s board of advisers to receive gratification worth: