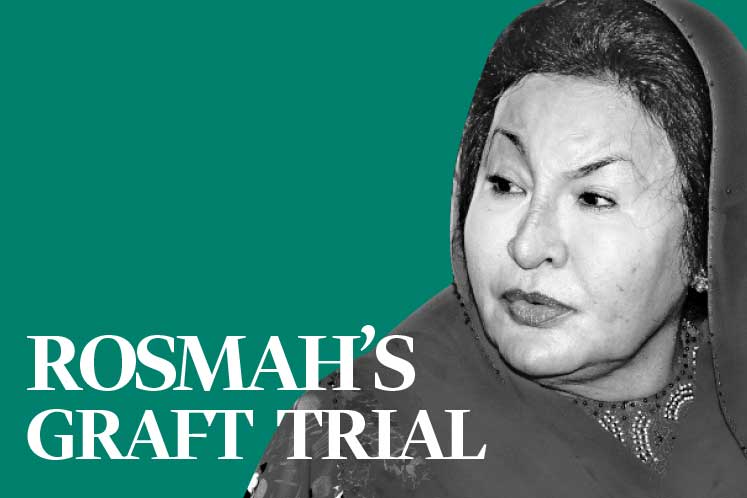 “Rizal told me that in the two bags there was money, but he did not say how much [was the cash in the bags]. I don’t know if both bags had money in them, but I figured they did. I also asked him what was our purpose [of] going to Putrajaya to which he replied, ‘I need to give something to Ma’am’,” said Ahmed Farriq.

The witness did not get to see the content of the two bags.

Rizal told him that the bags were meant for “Ma’am”, who Ahmed Farriq believes his friend was referring to the former prime minister’s spouse Rosmah.

“I knew this because I have been close friends with Rizal since 2014 and Rizal would frequently use the term ‘Ma’am’ to refer to Rosmah,” the witness said in court yesterday.

In his testimony, Ahmed Farriq, who runs a business in the oil and gas industry, recalled while he was sipping coffee with Rizal at Pavilion Kuala Lumpur that the latter revealed that he was waiting for a delivery. Shortly after that Rizal received a call.

Soon Rizal told Ahmed Farriq to go with him to Pavilion Tower, which is adjacent to the high-end shopping mall in Bukit Bintang.

Ahmed Farriq was then told to wait at the lobby while Rizal took the lift up with two unknown men. They later came to the lobby with two bags. Subsequently the witness and Rizal made their way to Putrajaya in a Toyota Alphard together with the two black bags.

From Rizal, the witness learned that the two luggage bags purportedly contained cash for “Ma’am”. On the way to Seri Perdana, Rizal told Ahmed Farriq that he had to deliver “something” to Ma’am to her residence.

Two butlers were present at the doorstep of Seri Perdana to receive the two luggage bags, according to the witness. The two butlers then assisted Rizal to carry the two bags when they entered the prime minister’s residence. However, the witness was asked to wait in the vehicle that Rizal had arrived in.

After half an hour in Seri Perdana, Rizal got back into the vehicle without the two bags and left.

The facts of this event are similar to the testimony of the eighth witness in the case, Razak Othman, a businessman who accompanied Jepak Holdings Sdn Bhd’s Saidi Abang Samsudin to deliver two luggage bags to Pavilion Tower and later into the trunk of a vehicle.

Razak had earlier testified that Saidi had withdrawn money from the bank amounting to RM5 million and had inserted the money into two luggage bags.

Sri Ram: Which house did the butlers emerge from?

Sri Ram: You saw them remove the bags?

Sri Ram: And where did Rizal Mansor go?

Ahmed Farriq: He followed them into the house.

Sri Ram: Were the bags returned to the car?

In May last year, the prosecution amended the second solar project bribery charge faced by Rosmah, by changing the locality of the alleged crime from her Taman Duta residence to the official residence of the prime minister in Seri Perdana, Putrajaya.

Rosmah is facing charges of soliciting RM187.5 million from Jepak managing director Saidi Abang Samsudin between January and April 2016, and allegedly receiving RM5 million and RM1.5 million in 2016 and 2017.

The trial is expected to resume today.