Airbus ahead of Boeing in US$10b Malaysia order race 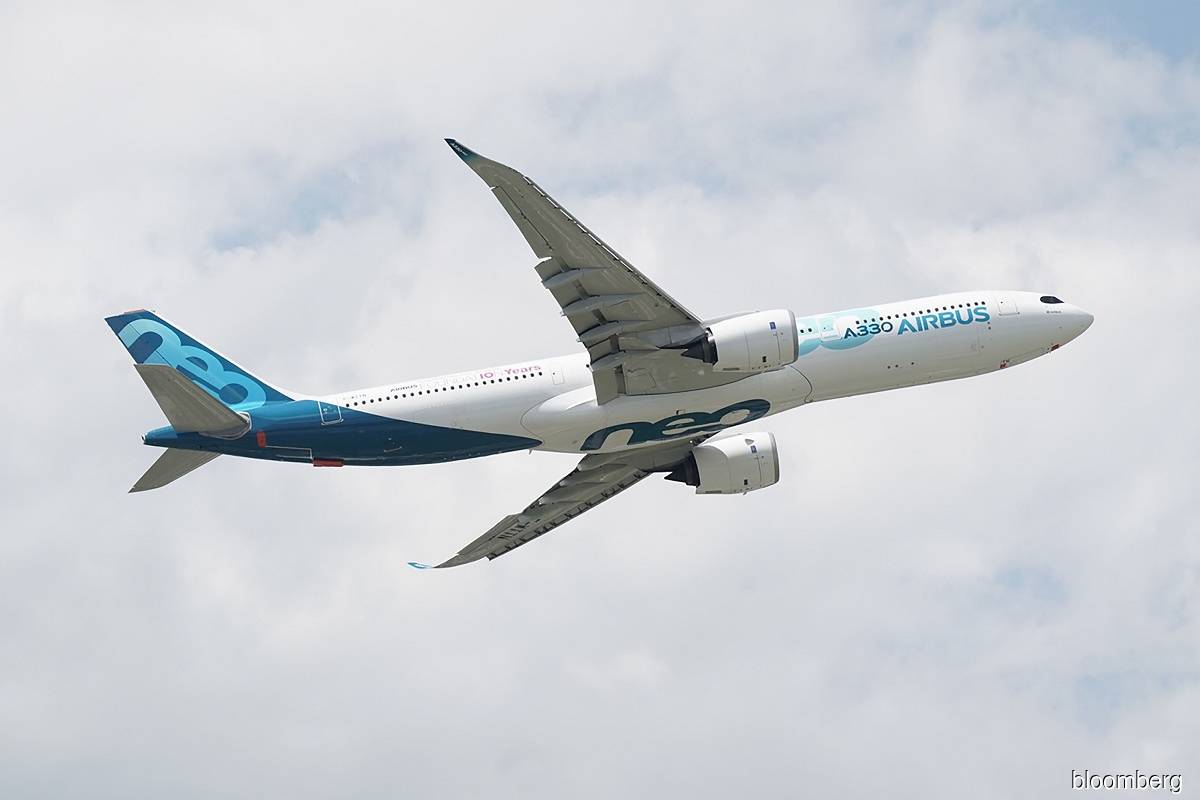 (July 6): Airbus SE is leading a race against Boeing Co over the potential sale of about 30 wide-body aircraft to Malaysia Airlines as the Southeast Asian carrier, seeking more fuel-efficient jets amid a travel rebound, focuses on cost.

Airbus is offering its A330neo range of aircraft while Boeing is pushing its 787 Dreamliners, according to people familiar with the matter, who asked not to be identified because the discussions are private. A decision may be announced as soon as later this month at the upcoming Farnborough International Airshow, the people said.

A deal for 30 Boeing 787-10 Dreamliners would be valued at more than US$10 billion (about RM44.25 billion) at sticker prices, although discounts are common in such large purchases. The A330neo — built on the same platform of an older model — is typically significantly cheaper, although Airbus no longer publicly announces prices.

Talks are still ongoing and no final decision has been made, the people said.

Airbus said in a statement that it is “always in contact with existing and potential customers and the nature of any discussions whether underway or not remain confidential in any case”. Boeing said that in general it doesn’t “comment on discussions with customers”.

Malaysia Aviation Group, Malaysia Airlines’ parent company, expects to be operating at 70% of pre-pandemic levels for local and international flights by later this year, according to a statement released in April. The stronger-than-expected pick-up in travel demand has also been a boon for planemakers, which are back to selling large numbers of jets after a more than two-year hiatus.

Malaysian tycoon Tan Sri Tony Fernandes’ AirAsia X was the world’s top customer for A330neos before a restructuring, when the low-cost long-haul carrier cut its tally to 15 from 78. Some of those airplanes, already on the books of leasing companies, could be offered to Malaysia Airlines, one of the people said.