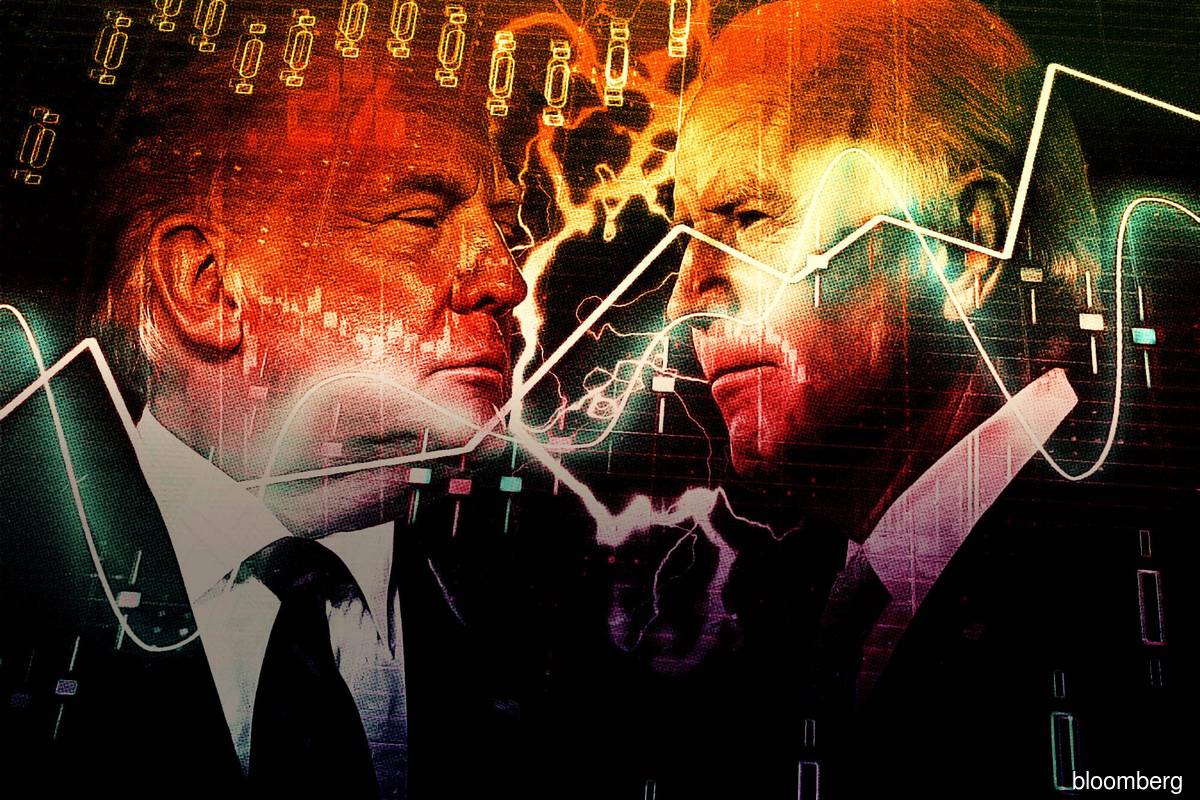 (Nov 2): Whoever claims victory in the US presidential contest this week, Washington’s grasp over Asia’s future is on the wane.

It’s not that the United States is no longer a great power unmatched as yet in its technological and military superiority. Despite all its self-inflicted wounds, through mismanagement of the COVID-19 crisis and President Trump’s economically debilitating ‘America First’ strategy, it remains so. The short-term costs of the Trump administration’s mismanagement have been huge, in terms of US deaths, the fragmentation of national cohesion and lost trade and income. But it’s the costs over the next ten years or more that cast a long dark shadow over US societal and economic strength and the role of the United States as a reliable anchor in an open multilateral global order. The costs of COVID-19 continue to mount and the strategy that will see an end to it is still to be articulated. Nor is there a strategy in place to deal with the collapse in the US and the global economies that the pandemic has brought with it. In international cooperation on both strategic fronts, the United States is out of play.

The world’s confidence in US power, the moral authority it once commanded and the capacity to deploy it are much diminished. Even the most energetic and driven administration won’t restore it easily, soon or perhaps ever.

If Joe Biden had a 20-point lead across the board in the polls as the United States heads towards election eve — and the polls are narrowing not widening at the finishing line — most pundits would still be shy about calling the outcome until it’s all done and dusted. So burnt are they by Trump’s unexpected win in 2016 and scared by Trump’s refusal to be straightforward about conceding power. Yet US political trends and geopolitical realities are clear and key strategic calculations in Asia will be framed by them whatever the electoral outcome.

There are few illusions in Asian capitals about what they would inherit if Trump should once more claim the US presidency. East Asian leaders have no inclination to sign up to an ill-disciplined brawl between the United States and China as they are being pushed to do by Trump and his deputies. The priority in Asia is to deal with COVID-19 and navigate recovery around the probability that China, having dealt with the pandemic first, will also lead global economic recovery. As former Indonesian deputy foreign minister and ambassador to the United States Dino Patti Djalal observes, they have no appetite for a New Cold War and ‘framing China as an ideological threat (constantly referring to “Communist China”, not just China)… [adopting] a blanket (rather than a la carte) attack against China: on the coronavirus, trade, investment, technology, TikTok, the World Health Organization, the South China Sea, Chinese companies and students, democracy, human rights, climate change — the list goes on. If there is anything that is clear’, says Dino, ‘it is that China has de-ideologised its foreign policy since the 1980s. No one seriously believes that China’s political intention is to turn Southeast Asian nations to communism. Indeed, China’s strategic intention is no longer about spreading communism (as was the case up to the late 1970s), but rather about strategic acceptance, economic engagement and political influence’.

Nor is the happy assumption that a Biden win will lead to a simple American course-correction accepted anywhere that matters in East Asia. Biden has no power to reclaim the past dignity and authority of the US presidency. As former Australian prime minister Paul Keating said of the United States under Trump, ‘if you pawn the crown it is incapable of being redeemed at the same value’.

Trump was no political aberration, chaotic though his administration may have been. He captured America’s contemporary populist spirit and unleashed its powerful political angst. Biden’s ambitious climate change agenda or the hope that he might return to negotiating entry to the Trans-Pacific Partnership agreement may stir still optimistic, liberal hearts. But, apart from convincing allies and partners, including China, that he’s got the ticker for it, it’ll take time, require superhuman effort and it’s another matter altogether to pass the Pennsylvania test and sell a new global foreign policy strategy to the average American voter, let alone his own political operatives. American morale is already at a low level and has further to sink yet.

As TJ Pempel says in our first lead article this week, ‘Trump’s policies were less a one-man aberration than an outgrowth of, and strongly supported by, the Republican Party. The past four years have exposed and exacerbated gaping US socio-economic divisions, the limitations of its political institutions, the contentiousness of its information channels, and the fragility of its democratic norms. Americans now inhabit separate tribes, value alternative priorities, are convinced of competing “facts” and are firmly convinced that eviscerating the other tribe is the path to a better America’.

There’s gathering understanding in East Asian capitals that whatever happens in Washington this week, the solutions to the region’s problems will not be readily found there. The foundations on which confidence in regional stability and prosperity might be restored must be found in international cooperation effort in Asia itself that reaches out to, but cannot rely upon, the United States. This is a challenge for which there is little preparation or precedent.

As Elizabeth Ingleson points out in our second lead article this week, the ‘next US administration has a chance to abandon the framework of strategic competition and adopt a more nuanced policy of engagement … This would allow the two nations to work towards a multilateral approach to the climate crisis. By linking geopolitics and climate, the United States and China have an opportunity to improve the prospects of both’.

But as Sheila Smith concludes in upcoming pre-US election preview the ‘intensity of rancour that has permeated US politics will not be solved in one election, and lingering resentments may impede the president’s ability to be attentive to the accelerating shifts in the regional balance of power. A distracted America may be Asia’s lot’.

The reality is that small and middle powers in Asia now have to play an unfamiliar leadership role. This ominous responsibility will remain long after the 46th President of the United States settles into the White House.