Apandi: Ex-PM did not know about RM42m in his accounts 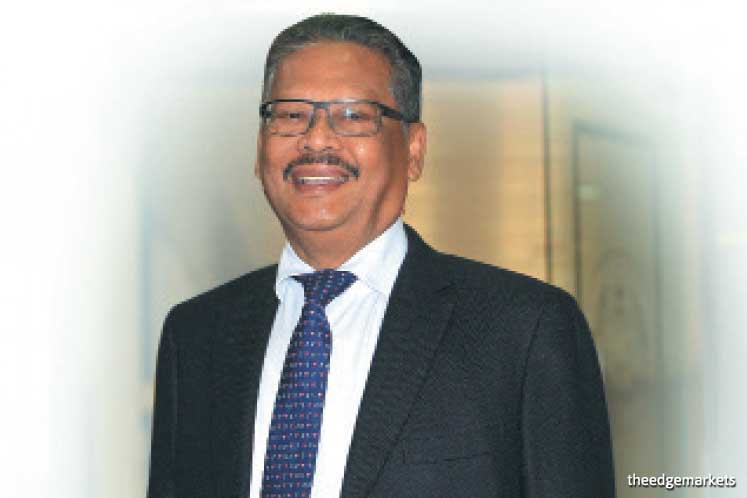 Mohamed Apandi: Based on the facts and evidence then, I am satisfied that no criminal offence was conducted. (Photo by Shahrin Yahya)

Testifying in the High Court as a defence witness in Najib’s SRC graft trial yesterday, Mohamed Apandi said he did not see any wrongdoing on Najib’s part as the then prime minister (PM). This, according to him, is because Najib had no knowledge of SRC money coming into his personal accounts.

“I find that there is no evidence to show that the then PM has committed any offence or done any corrupt practice.

“Based on the facts and evidence back then, I am satisfied that no criminal offence was conducted,” he said.

However, when cross-examined by ad hoc prosecutor Datuk V Sithambaram, the ex-AG and former Federal Court judge agreed that he held two papers containing charts of a purported money trail during the press conference.

The charts were tendered by Sithambaram in court as evidence. It was reported on Jan 27, 2016 that the charts provided by the Attorney-General’s Chambers (AGC), according to Petaling Jaya Utara (now Damansara) federal lawmaker Tony Pua, showed the money trail regarding SRC, revealing the fund transfer to AmBank private accounts owned by the former prime minister.

Pua claimed in the report that while Mohamed Apandi found no case against the then PM, when the then AG lifted the charts, he had inadvertently “dug the grave” for Najib as it showed the transfers of RM27 million from SRC into Najib’s accounts.

In January 2016, Mohamed Apandi released two press statements on the investigations into 1MDB and SRC.

The first press release on Jan 8 was to explain that a task force comprising the Malaysian Anti-Corruption Commission (MACC), the police, the AGC and Bank Negara Malaysia was set up to investigate the two entities and that investigations were under way.

The second was titled “In relation to the investigation papers returned by the MACC (Malaysian Anti-Corruption Commission) on SRC International and RM2.6 billion”.

In relation to the RM2.6 billion, Mohamed Apandi said in the statement: “I am satisfied that based on the evidence from witnesses and supporting documents given to me by the MACC, the sum of US$681 million (RM2.6 billion) transferred into the personal accounts of YAB PM is a personal donation from the Saudi royal family, given to him without any consideration.”

In regard to SRC, Mohamed Apandi reasoned that:

• There was no evidence showing that Najib abused his power during the cabinet meeting which approved the government guarantee of the RM4 billion from SRC to Retirement Fund Incorporated (KWAP);

• There was no evidence to show that Najib had solicited or was promised any gratification from any party when the Cabinet decision was made;

• There was no conflict of interest for Najib; and

• The MACC had admitted that there was no evidence from witnesses that could show that Najib was involved in corrupt practices.

In that statement, Mohamed Apandi had officially closed the investigations into SRC and 1MDB.

“It is my understanding that he (Najib) did not know about the RM42 million in his accounts. That’s why I didn’t charge him.”

During the examination-in-chief of the witness conducted by defence lawyer Tan Sri Muhammad Shafee Abdullah, Mohamed Apandi was asked if anyone had proposed to him that he covered up any criminal activities.

“The answer is no, I never gave any instructions on cover-ups,” he said.

Meanwhile, cross-examined by Sithambaram further, Mohamed Apandi said he was not aware Najib had admitted the RM42 million in his accounts originated from SRC, as he had affirmed in an affidavit in the case involving his suit against former transport minister and former MCA president Tun Dr Ling Liong Sik.

The former AG was also not aware that Najib had used the purported Saudi donations before the RM42 million from SRC came into his accounts. Najib is on trial over seven charges related to SRC, three of which are for alleged criminal breach of trust over a total RM42 million of SRC funds while entrusted with its control as the prime minister and finance minister then. Three of the charges are for alleged laundering of the RM42 million, and the last is for allegedly abusing the same positions for self-gratification of the same sum.