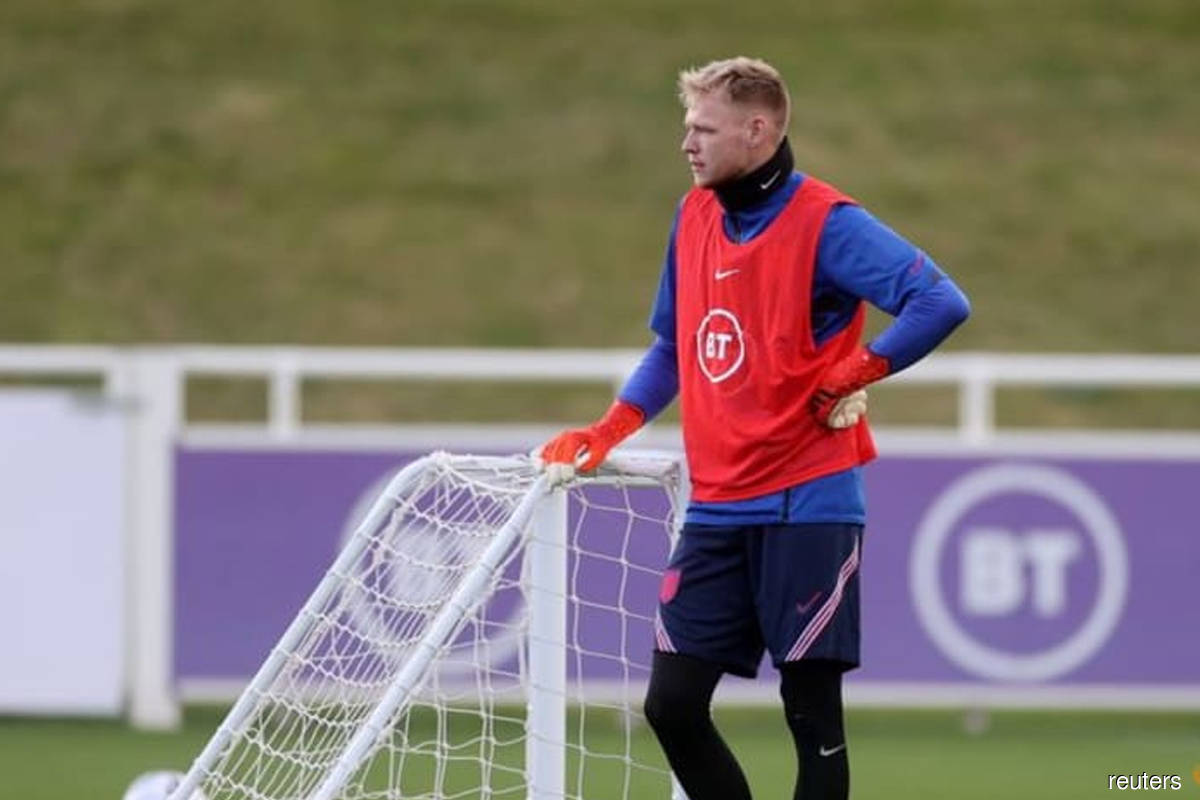 (Oct 8): Arsenal's Aaron Ramsdale said he has the self-belief to become England's first-choice goalkeeper, though he first has to find a way to break into the team.

Ramsdale, who has yet to win a full international cap but has been called up for World Cup qualifiers against Andorra and Hungary, joining Arsenal from Sheffield United in August and has gone on to replace Bernd Leno as their number one.

The 23-year-old has conceded one goal in his four top-flight appearances for the club and he said he has all the tools to win, and keep, the England gloves.

"I have the self-belief that, yes, I could hold down the position (of England number one)," said Ramsdale, who is likely to be Jordan Pickford's back-up for Saturday's trip to Andorra and their home game against Hungary on Oct. 12.

"First and foremost, I have to get in the team and that's one of my goals at the moment. I'm just trying to learn and take it step by step but over time that's one of my aspirations," he was quoted as saying by The Guardian.

Ramsdale was named in England's Euro 2020 squad to replace the injured Dean Henderson but did not feature in the tournament in which they finished runners-up to Italy.