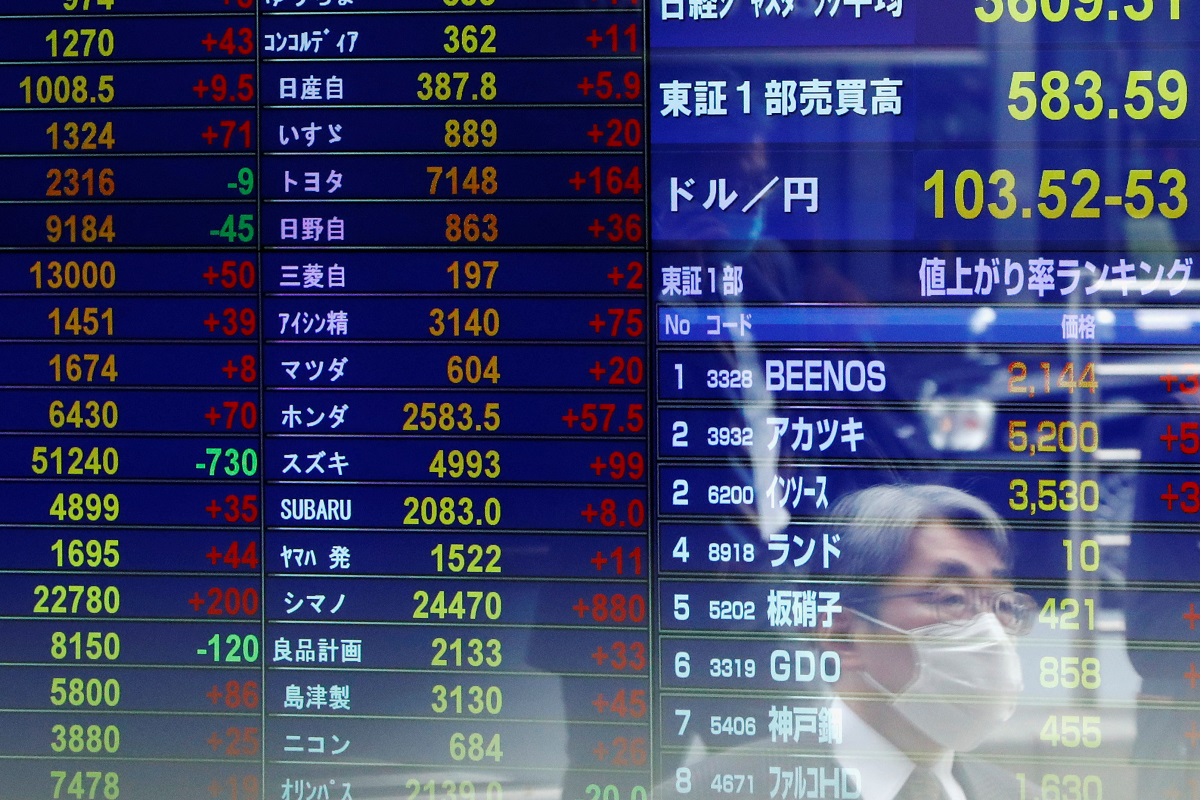 SHANGHAI (May 20): Asian shares jumped on Friday after China cut a key lending benchmark to support a slowing economy, but a gauge of global equities remained set for its longest weekly losing streak on record amid investor worries about sluggish growth.

China cut its five-year loan prime rate (LPR) by 15 basis points on Friday morning, a sharper cut than had been expected, as authorities seek to cushion an economic slowdown by reviving the housing sector. The five-year rate influences the pricing of mortgages.

MSCI's broadest index of Asia-Pacific shares outside Japan quickly built on early gains after the cut and was last up more than 1.8%.

European equities were set to follow Asia's lead, with pan-region Euro Stoxx 50 futures, German DAX futures and FTSE futures all up more than 1%.

"While it certainly will not suffice to reverse growth headwinds in Q2, (the cut) constitutes a move in the right direction so markets might be reacting to expectations of stronger easing going forward," said Carlos Casanova, senior Asia economist at Union Bancaire Privee in Hong Kong.

Despite the gains in Asian shares, MSCI's All-Country World Price Index remained headed for its seventh straight week in the red, the longest such stretch since its inception in 2001. It would also be the longest including back-tested data extending to January 1988.

Concerns over the impact of battered supply chains on inflation and growth have prompted investors to dump shares, with Cisco Systems Inc on Thursday tumbling to an 18-month low after it warned of persistent component shortages, citing the impact of China's Covid lockdowns.

On Friday, China's financial hub of Shanghai bruised residents' hopes for a smooth end to restrictions as it announced three new Covid-19 cases outside of quarantined areas — though plans to end a prolonged city-wide lockdown on June 1 appeared to remain on track.

Industrial output in the city shrank more than 60% in April from a year earlier due to the impact of coronavirus restrictions.

The gains in Asia came after a late rally on Wall Street petered out, leaving the Dow Jones Industrial Average down 0.75%, the S&P 500 0.58% lower and the Nasdaq Composite off by 0.26%.

In the currency market, the dollar index retreated from small earlier gains to nudge down 0.12% to 102.79, heading for its first losing week in seven.

Moves elsewhere were muted, with the US dollar just on the stronger side of flat against the safe-haven yen at 127.76. The euro was barely higher at US$1.0586, erasing earlier losses.

Gold bounced higher and was set for its first weekly gain since mid-April, helped by the weaker US dollar. Spot gold, rose 0.26% to US$1,846.49 per ounce.