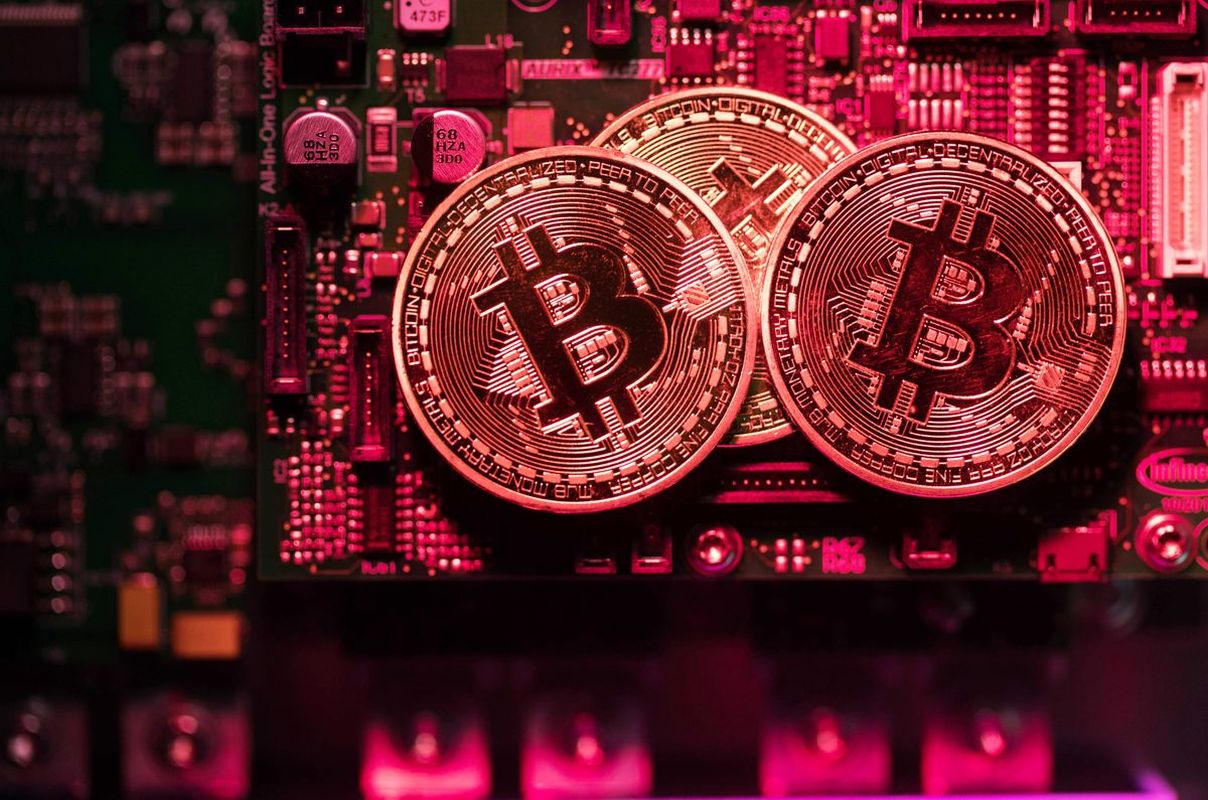 Bitcoin, the largest token by market value, fluctuated around US$19,000 for a third day. Earlier, it slid as much as 4% toward levels last seen in late 2020. Second-biggest coin Ether continued to underperform, shedding 3%, and it is now down about 20% since a much-touted network upgrade last week.

Markets are shuddering at the Federal Reserve’s determination to fight inflation by constricting financial conditions. Shorter maturity Treasury yields jumped more than longer tenor rates, deepening a bond curve inversion seen as a signal of recession. A dollar gauge was at a record as investors sought a bolthole.
Bitcoin momentum gauge nears oversold level as token heads to 2020 levels

Such a backdrop offers little respite for crypto markets. They were already reeling from a US$2 trillion plunge from a 2021 record high, an unraveling pockmarked with blowups such as the Three Arrows Capital hedge fund and the Terraform Labs project — whose co-founder Do Kwon is wanted by authorities.

“If the Fed keeps tightening, unless it implements yield curve control to keep the curve positively sloped, the crypto system will see a lot more failures,” said Brian Pellegrini, founder of Intertemporal Economics. “At the end a few very rich champions will emerge, but in the meantime there will be blood in the streets.”

The MVIS CryptoCompare Digital Assets 100 Index is down this week, taking its losses for 2022 to about 60% compared with 23% for global stocks. The correlation between equities and Bitcoin is elevated and close to a record, a sign of how assets are being tossed around by common macro factors.

Ether continues to take an additional hit as an earlier rally sparked by hype around the upgrade of its Ethereum network unwinds. Coins like Solana and Avalanche were up.

Some traders might look to measures like Bitcoin’s 14-day relative strength index for affirmation that a bounce is possible. The RSI, a momentum gauge, is close to oversold levels. But contrarian bets appeared few and far between for riskier assets following the Fed’s pugnacious performance.