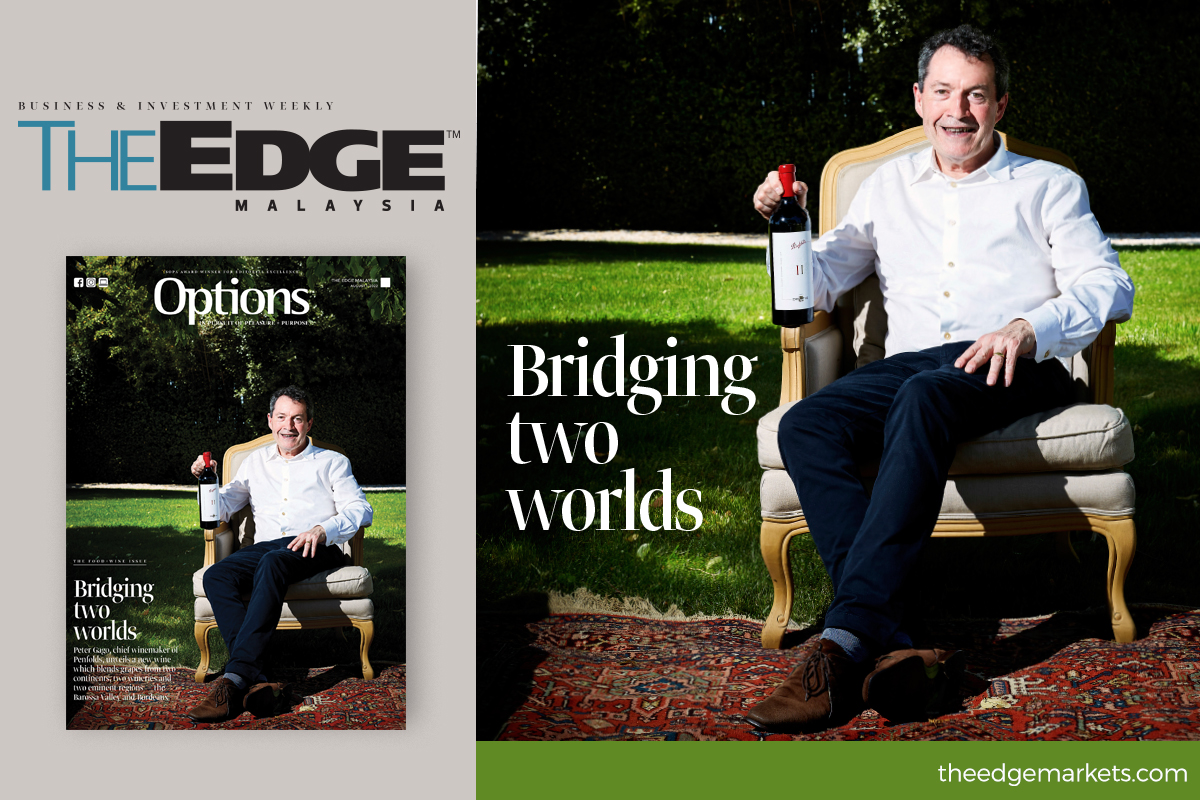 KUALA LUMPUR (July 31): Options’ “Food + Wine” issue is a cornucopia of wine-and-dine destinations, new restaurants, events and updates on what’s bubbling in the gastronomy scene. South Australian winery Penfolds has unveiled its French “connection” — the coming together of its Barossa Valley Shiraz with Cabernet Sauvignon and Merlot from Dourthe Bordeaux. The Penfolds II was launched recently at Château Belgrave in Bordeaux, its creation in tandem with another landmark project — the release of a Made in France trial Bin wine (made on-site at the Château Cambon la Pelouse). Penfolds II, a perfect blend of the best of the Old and New Worlds, is “a wine of the world… very new, very innovative”, said Peter Gago, Penfolds’ chief winemaker. Frederic Bonnaffous, his counterpart at Dourthe, added: “We knew it would be nice but we didn’t know it would be so nice!”

A meal at Ristorante Cavallino in Maranello, the Italian town where Ferrari has its headquarters and rolls out its sports cars, should keep Formula 1 fans up to speed with Scuderia Ferrari’s  activities. The restaurant, helmed by Massimo Bottura, Italy’s culinary golden boy, is where good food and great cars meet, evident in the décor, mouth-watering menu and stellar wine list. Italian ice cream for dessert? No, say savvy insiders, who point to Berthillon, a Parisian institution that has been family-owned since its founding in 1954 by Raymond Berthillon.

Italian-Argentine chef, the first non-French recipient of three Michelin stars for his French Riviera restaurant Mirazur, opened Fiamma at the Capella Singapore recently. He talks about the best food he has ever eaten, his favourite food destinations and his idea of a perfect weekend. By the way, if you do not plan to even head down south but still want to indulge in different culinary experiences, options abound in the Klang Valley, George Town and Langkawi.  And if you are more interested in creating dining experiences for patrons than sitting at the table, find out how a new generation of digital-native cooks are cooking up savvy business models for restaurants.

Read about these and more in our latest issue of Options, which comes out with The Edge Malaysia weekly's Aug 1, 2022 edition.