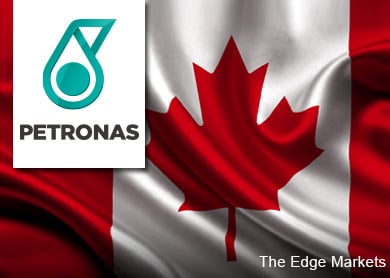 A federal environmental review of Petronas' Pacific NorthWest LNG project is continuing, with the Malaysian state-owned energy firm expected to make a final investment decision on the $11 billion facility before the end of the year.

Provincial environmental assessment certificates were issued on Tuesday for Petronas' terminal, along with the Prince Rupert Gas Transmission (PRGT) pipeline, which is being developed by TransCanada Corp, and the Westcoast Connector Gas Transmission pipeline, proposed by Spectra Energy Corp.

The PRGT pipeline would feed Petronas' LNG terminal, while the Westcoast Connector line would send gas to BG Group's proposed Prince Rupert LNG project. BG has pushed back a final investment decision on its export facility by a year into 2017.

While the environmental approvals are another step forward for British Columbia's fledgling LNG industry, numerous hurdles remain before any new pipelines or terminals are built in the Pacific coast province.

In addition to the federal review, Petronas must now meet eight social and environmental conditions set out in the provincial approval and secure various permits from all levels of government.

The company is also in the process of negotiating with aboriginal communities and refining its terminal design plans to mitigate the impact on sensitive fish populations.

More than a dozen LNG export projects have been proposed for British Columbia as energy companies from around the world race to export cheap Canadian gas to international markets.

But uncertainties over taxation, the regulatory process and aboriginal consent, along with fierce competition from rival projects in the United States, have called into question whether any will ultimately be realized.