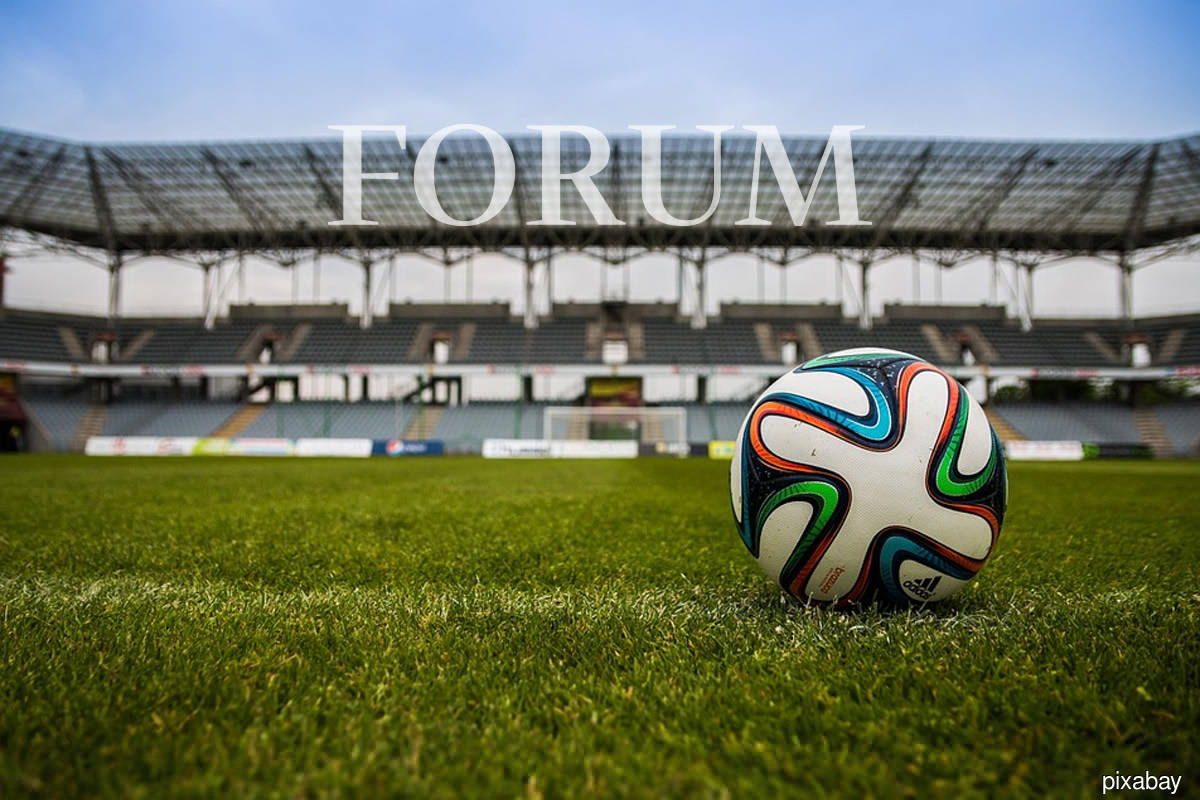 The Arab Spring of fan power has been thwarted by a big-spending summer — the spirit of insurgency melting away at each shiny new signing. Lionel Messi and Cristiano Ronaldo still have plenty to offer, but their recent moves are less about their ability on the field than what their presence means off it.”

More than £1 billion spent with blockbuster moves for the two biggest names in the game, and no one saw it coming. And some epic one-upmanship over one of their anointed successors that was either deeply Machiavellian or just plain doolally. If the new European football season is half as entertaining as the transfer window, fans should be in for a humdinger.

These unexpected shifts — and near-misses — have seen interest in an already tasty-looking campaign rise to fever pitch. And it has been mainly down to club owners’ old habits and not because of any bright new ones. The Arab Spring of fan power has been thwarted by a big-spending summer — the spirit of insurgency melting away at each shiny new signing.

Lionel Messi and Cristiano Ronaldo still have plenty to offer, but their recent moves are less about their ability on the field than what their presence means off it. Although Messi’s signing was about soft power in the Gulf and Ronaldo’s a matter of local bragging rights, it was the latter that had the greater global impact.

Twitter recorded an all-time record number of tweets and Manchester United picked up a million new Instagram followers. They have been political, commercial and social media masterstrokes, but not in football where many good judges feel Ronaldo, in particular, is a backward step. But the way some clubs are being run, we could soon see like and tweet totals in the league tables instead of goals.

Yes, the owners — even those who signed up for the European Super League (ESL) — are very much in charge, splashing cash to win back fans. The hated Glazers, like the Gulf states, have learned the diversionary benefits of sports-washing. No one is shouting “Glazers Out” now; only “Welcome back, Ronaldo!”

But even this sensational coup was almost outdone — for incredulity anyway — by Real Madrid’s frantic attempts to buy Kylian Mbappe. In the final hours of the window, the Spanish giants upped their offer for the French superstar to €200 million even though they’ll get him for free next year. But Paris Saint-Germain (PSG) still said: “Non.”

Hoax? Joke? Hardly. It was Real’s third try, previous bids of €150 million and €180 million having been given short shrift. Football was left shaking its head: since billionaires got involved, the game is even further away than ever from being a properly run business.

Four months ago, Real president Florentino Perez claimed the top clubs would all be “dead” if they didn’t join the ESL. €200m is a lot to find down the back of a sofa — even with the plush upholstery Real Madrid are accustomed to. “If they don’t sign him then it’s a failure,” Spanish journalist Javi Amaro told Radio MARCA. “They’ve been mortgaging their team for two years for this signing.” But it wasn’t enough.

Searching for a shred of logic, Perez is concerned that the Spanish league, which has now lost its two greatest assets, is being eclipsed by the wealth of the English Premier League and state-owned clubs such as PSG. With an ageing squad after a trophyless season, Real needed a boost. Breaking PSG’s will to keep Mbappe would also have been a triumph and taken the gloss off Messi’s acquisition. Getting him free next year almost feels like a consolation prize.

It was another high-stakes non-event that sparked the late frenzy in the EPL’s window. When Harry Kane gave up on joining Manchester City from Spurs, it left City with a vacancy for a top-end striker. Enter Ronaldo.

Now 36 and seeing no future in staying at a fading Juventus for the final year of his contract, he pushed for a move. Of the superclubs that could meet his demands, City looked nailed-on favourites. But they dithered over the £20 million fee and Pep Guardiola did not seem overly keen. The City manager didn’t even guarantee him an automatic place in the team. It was enough for United to pounce.

Alarmed at the prospect of a club legend playing for the “noisy neighbours”, Sir Alex Ferguson and several ex-players rang the Portuguese and diverted him to the red half of Manchester. “Tell me you’re lying,” was how Rio Ferdinand advised Ronaldo to scotch thoughts of turning blue. It was enough and when the Glazers agreed to stump up the fee and the £25 million a year salary, he duly returned to his spiritual home.

Posts about treachery were hastily deleted and lost amid the euphoria, even though he’d come close to committing a sin that would have been little short of cardinal. But not everyone was impressed. The Daily Mail said United “are still unable to shake off the past,” while The Observer evoked comparisons with Disneyland. It was also suggested that for all his 101 goals in 131 games, he’d made Juventus a poorer team.

The argument against is based on him blocking the development of youngsters. Mason Greenwood is United’s great attacking hope for the future, yet he’ll now be wondering when he’ll next start. But to the current owners, past reputation counts for more than youthful promise. Instant over organic, short term over a proper plan — that’s been the United way since Fergie left.

As for City, they weren’t sure whether they’d been gazumped or dodged a bullet. It is telling that the two clubs have polar opposite standpoints: United’s view is inevitably emotional at a favourite son returning, City’s purely practical. And United have already benefitted far more than City would have if he’d ended up at the Etihad.

United love him whereas City would be slightly wary of a former Devil. At United, he has enough credit to be allowed the odd sulk and hands-on-hips moment whereas City would expect him to share in the dirty work. Now he leaves that to others while his heat map could be evidence for climate sceptics.

But he will still score goals — he has aged with carefully-calibrated intent, morphing from dazzling winger into a lethal striker. Nope, he’s not another Radamel Falcao or Alexis Sanchez — he’s different gravy.

Even if he doesn’t shoot them to glory, he is guaranteed adulation, which, for him, is better than feeling unwanted in Italy. For United, there’s the added joy that they’ve put one over City. But City, Chelsea and Liverpool are still at shorter odds for the title.

What to make of it all? In a journal that endeavours to make sense of financial wheeling and dealing, football makes no sense at all. Indeed, it continues to support the old adage that some of the most astute businessmen leave their brains in the car park just before kickoff.

Bob Holmes is a long-time sportswriter specialising in football