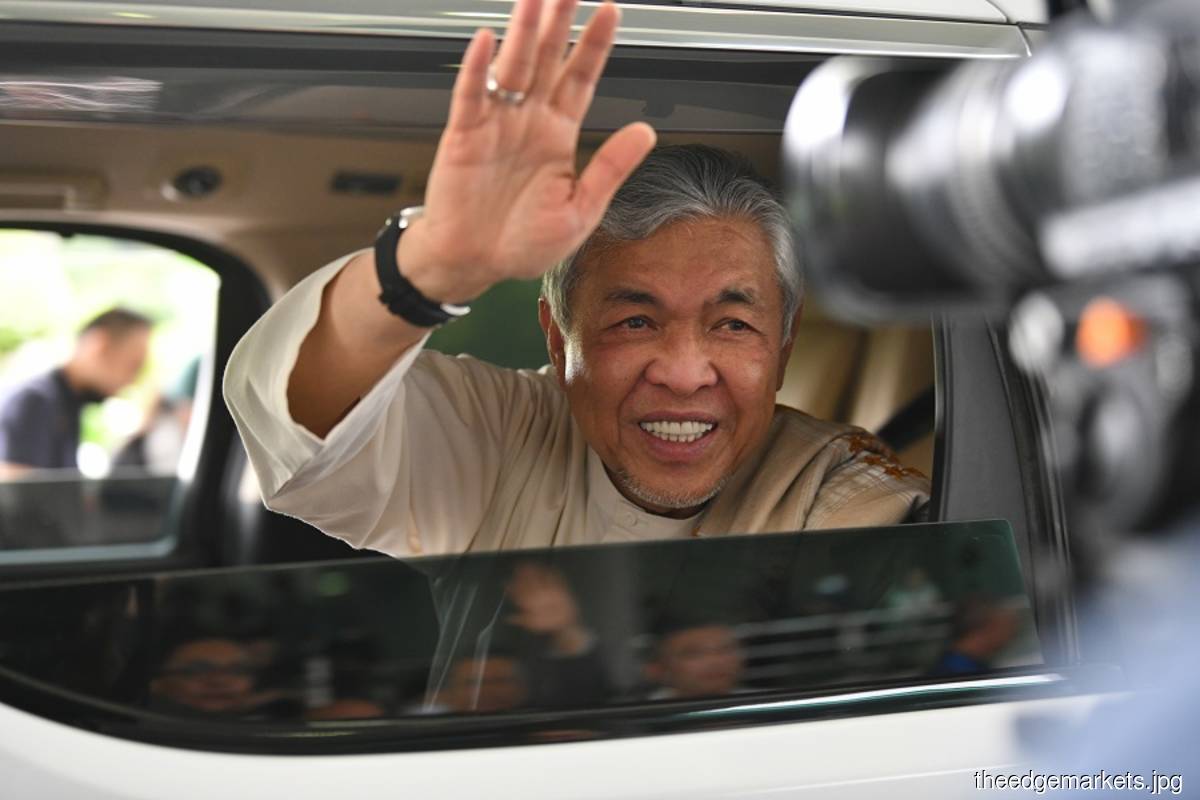 PETALING JAYA (SEPT 23): The Center to Combat Corruption and Cronyism (C4 Center) said it remains unconvinced at the current administration’s commitment to the anti-corruption reform agenda, following what the group says as the “shocking” acquittal of Datuk Seri Ahmad Zahid Hamidi at the Shah Alam High Court on Friday (Sept 23).

C4 Center said while it welcomes Prime Minister Datuk Seri Ismail Sabri Yaakob’s calls for the directors and heads of government–linked companies (GLCs), government-linked investment companies (GLICs) and members of the judiciary to declare their assets, a complete framework for asset declaration must be presented.

“From this recent UKSB (Ultra Kirana Sdn Bhd) scandal to the Pandora Papers’ revelations, Malaysians have been left helpless for years as top government officials and elected representatives scurry happily away with millions of ringgits worth of undeclared assets floating about in bank accounts and under the names of proxies and cronies.

“C4 Center believes that far more stringent measures are needed to enhance the accountability and transparency of Malaysia’s administration,” the centre stated in a statement released on Friday.

Earlier on Friday, the Shah Alam High Court had acquitted Zahid of all 40 graft charges under the Penal Code and Malaysian Anti-Corruption Commission (MACC) Act 2009, as judge Datuk Mohd Yazid Mustafa found there was no prima facie case for the former deputy prime minister to answer to the charges made against him.

Zahid faced 33 counts of graft for allegedly receiving S$13.56 million (RM43.39 million) from UKSB to facilitate the company’s foreign visa system (VLN) and one-stop services (OSC) in China. These charges are under Section 16(a)(B) of the MACC Act.

He was also on trial for seven other bribery charges in his capacity as the home affairs minister then, for allegedly obtaining for himself bribes denominated in different currencies comprising S$1.15 million, RM3 million, €15,000 (RM67,032) and US$15,000 (RM67,548) from UKSB under Section 165 of the Penal Code.

C4 Center said the call for more stringent measures to enhance the accountability and transparency of Malaysia’s administration was thought to have been heeded in 2019, when the National Anti-Corruption Plan clearly outlined the need for such law.

It was further enforced when Parliament successfully passed a motion that compelled all Members of Parliament (MPs) to declare their assets publicly in July of that year, said C4 Center.

“Despite this unanimous decision, not only have several obstinate representatives failed to comply, but the enforcement of this motion has been seemingly swept under the rug by successive administrations, with all records of assets vanishing from MACC’s website,” said C4 Center.

Referring to the original motion passed by the Pakatan Harapan (PH) government, MPs who fail to declare their assets will be brought before the Parliament’s Select Committee on Rights and Privileges, rather than face any real legal repercussions.

For C4 Center, this is where the problem lies.

“As of now, even after the prime minister’s announcement, there remains no law in place to oblige politicians and public servants to declare their assets. This in turn has allowed several figures in key positions to amass wealth well beyond the knowledge of taxpayers, at their own expense.

“Already we have seen how Zahid Hamidi, a former home minister, can be accused of procuring sums of cash illicitly for his own personal gratification through the UKSB case, with witness testimonies corroborating these sordid details,” said C4 Center.

The centre argues that notwithstanding his guilt in the matter, the fact that a former home minister and former deputy prime minister can even form the subject of investigations for procuring millions in public funds, demonstrates that an asset declaration law would have shone some light on this issue much sooner, without having to go through a protracted and lengthy legal process.

The centre added that the need for an all-encompassing anti-corruption framework that includes other laws such as a Procurement Act and a Freedom of Information Act becomes that much more urgent, considering the fact that as a former defence minister, Zahid was privy to defence contracts worth billions in public funds.

“Once again, it bears reminding that Zahid Hamidi’s role in the LCS procurement scandal has not yet been investigated, either despite the slew of evidence and connections that suggest his involvement,” the centre said.

The centre also believes and suggested that the mandate for asset declaration be expanded onto family members and close associates of politicians, and must also be widened to include the heads of public institutions, with an independent regulator at its centre.

“The case of the MACC Chief Commissioner’s share scandal is a bone-tingling example of how even the country’s anti-graft agency can be implicated in an alleged case of unexplained wealth and potential corruption,” the centre added.

Read also:
Zahid acquitted of all charges in VLN case
Zahid: I have been stripped, humiliated in court of public opinion