Column: Will a recovery in the U.S. investment cycle boost Asian economies? 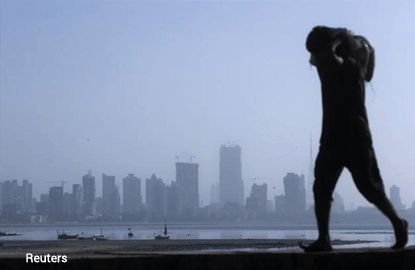 SINGAPORE (Jan 16): Two elements have been missing in the recovery of the US economy from the 2008 crisis — strong wage growth and renewed capital spending by businesses. Of these two, there are encouraging signs that wage growth is finally gaining some traction: The job market is clearly tightening and wages are firming in response. However, there are still only tentative — and not entirely convincing — indications of a recovery in capital spending. For instance, orders for core capital goods have been edging up only in the past two months — and that only after declining for some time.

This disappointing feature of the US recovery matters for many Asian exporting nations because their export growth is highly correlated with capital spending out of the US. A major determinant of how sustainable the US’ recovery will be and how much benefit it will have for Asian economies hinges on whether capital spending will finally revive. Will 2017 be the year when US businesses regain their animal spirits and step up investment in new plant and equipment?

We think that there is a good chance of such a revival as some of the major determinants of investment are beginning to fall into place. However, we do worry that uncertainty over the incoming Trump Administration’s policy direction could hinder that recovery.

Capital spending could surprise on the upside

Ultimately, businesses invest when they are optimistic and smell an opportunity to make money. This is not something that economists are good at modelling since it is not something that lends itself easily to quantification and measurement. Yet it is these animal spirits that really drive investment. There are a number of reasons why US businesses may surprise economists with an expansion in capital spending.

First, there is growing optimism that the Trump Administration will be one of the most pro-business in decades. Trump has hinted at substantial tax cuts, stepped-up infrastructure spending and massive deregulation to boost the business environment in the US. This is music to the ears of US businesses and it is why US equity prices have risen sharply since Trump’s unexpected election victory in November. The latest survey by the National Federation of Independent Businesses, which represents small- and medium-sized enterprises, showed business optimism at the highest level since 2004. As a result, their plans to hire staff and make capital expenditures have surged. It is true that such sentiment surveys can be quite volatile, but it does seem like animal spirits are reviving. After all, it is not just that the new administration offers so much hope; the US economy has basically put the 2008 crisis firmly behind it and there is reason to expect business confidence to revive.

Second, there is mounting evidence that transformational new technologies are reaching the point where they can spin off new commercial opportunities and the investment needed to realise them. This is evident in many areas. Renewable energy is really taking off — solar and wind power are becoming financially viable even without government subsidies in many parts of the world. Advances in nanotechnology and materials sciences are yielding new techniques and materials. For example, new composite materials for aircraft mean longer ranges and substantial fuel savings for new aircraft which are compelling enough to persuade airlines to invest in new planes such as the Airbus A350. In the medical sciences, new therapies and pharmaceuticals are emerging from the advances made in genome sequencing.

Manufacturing processes are being radically upgraded with the advent of 3D printing and advanced manufacturing processes using artificial intelligence and robotics. Banks will need to step up the pace of investments in cloud computing, if they want to take advantage of the massive cost savings they can make from this innovation. E-commerce is taking off as well, necessitating big, new investments in the logistics and transportation needed to deliver goods to customers. The list can go on and on, what with the sharing economy, driverless cars, electric vehicles and so on.

Third, one impact of new technologies is to make production of some types of goods more viable in developed economies, leading to the phenomenon of reshoring, or the reverse flow of manufacturing production away from developing economies back to developed ones. Advances in automation have drastically reduced unit labour costs in some products, allowing production to come back to the U.S.

Fourth, the US has been underinvesting in physical infrastructure for a long time. Even third world countries would sniff at the decrepit airports, roads and bridges that the US is notorious for. The new administration has signalled its determination to reverse this underinvestment. It is not clear how much success they will have, but since there appears to be strong bipartisan agreement on this issue, there is a good likelihood of a burst of infrastructure investment. If that happens, we should also see some “crowding in” of private sector investment as the new infrastructure opens up new business opportunities.

Fifth, the tax system looks like being reformed in a way that would encourage more investment in domestic manufacturing. The Republicans who now control both houses of Congress are planning a border adjustment tax as part of its tax reform package. This new tax would essentially penalise imports and subsidise exports, making it more profitable to produce a range of goods at home instead of abroad. Even before this reform is done, President-elect Trump has been pressing companies to invest more at home and not move abroad. For instance, he cajoled Carrier, as well as Ford Motors into expanding domestically rather than shifting operations abroad. Other large companies are likely to announce big investments at home in a bid to ingratiate themselves with the new president.

Sixth, as wages accelerate and productivity has stagnated, unit labour costs are beginning to rise and eat into profit margins. This will persuade many companies to step up capital spending in order to raise productivity growth and so regain their profit margins.

What could get in the way of the investment revival?

As always at turning points, one can find reasons being suggested as to why the recovery in investment still will not materialise.

One reason being given is that capacity utilisation remains low. In fact, the latest data for November show capacity utilisation creeping down and levels well below historic trends. Why, it is argued, would businesses invest in new capacity when existing capacity is still underutilised? Well, actually, businesses quite often do invest despite having sufficient existing capacity for a simple reason — existing capacity can become obsolescent or less profitable. For example, returning to the case of the Airbus A350 mentioned earlier, airlines are replacing well-functioning older aircraft that are not being fully utilised because the new aircraft are so much more cost-efficient and because they allow non-stop long-haul flights that were simply not possible before. Indeed, the rapid advances in technology described above are making a lot of existing capacity obsolescent in the sense that new capacity can be so much more profitable and allow previously unviable opportunities to be advantageously exploited.

Another reason being given to counter the notion of a rebound in investment is the likely rise in interest rates which will make financing new investments more expensive. Really? At most, policy rates will rise by 100 basis points from an ultra-low level this year. US 10- year bond yields are about 110 bps higher than their historic low, but at around 2.4% they are still extraordinarily low in historic terms and are not expected to rise beyond 3%. Financing costs are not going to be an obstacle to investment as long as the expected returns are as high as they are likely to be.

Still, there are at least two areas of concern which might raise uncertainty for businesses and so make them hesitate about committing themselves to risky new ventures right away:

• First, there is considerable uncertainty over who exactly will be the winners and losers from new technologies and whether these new innovations will really yield the profitability they seem to promise. Businesses may well prefer to hold off for now until there is more clarity about the upside from new technologies.

• Second, while the incoming administration has undoubtedly raised business expectations, there are some elements of the Trump policy agenda that could do the reverse. For example, Trump has consistently questioned the value of free trade and many of his key appointments in the area of economic policy share this scepticism. He has vowed to act against China and Mexico in particular for allegedly unfairly taking jobs away from Americans. He has also questioned some of the fundamental understandings that keep the US-China relationship on an even keel. If the new administration pursues an aggressive strategy of trade restrictions on China, there will almost certainly be trade retaliation against US companies operating abroad. Worsening relations with China would make US companies nervous. The fact is that US businesses now operate in a highly interconnected world. The net effect of rising trade tensions could well be to depress business sentiment and so restrain investment.

So, yes, there are some reasons to be cautious. But the bottom line is that the economy is on a roll and government policies are likely to become more supportive of businesses. These basic positives should offset the uncertainties above to allow a material uplift in capital spending.

What would this mean for Asian economies?

Higher capital spending has strong multiplier effects and will boost US growth while also making that growth more import-intensive. That would be a major positive for Asian exporting nations such as Korea, Taiwan, Singapore, Malaysia and Thailand.

However, a significant pickup in investment when the economy is already accelerating could well expand demand so strongly that the Federal Reserve Bank would become concerned about inflation risks. That could prompt a faster pace of rate hikes than markets expect. In that case, there might well be much more financial turbulence as even more capital flow out of emerging Asian bonds and equities.

Even so, by and large, economies in our region have shown themselves to be reasonably resilient in the face of recent bouts of financial turbulence.

In short, our take is that a revival in US capital spending is coming and it should be positive for most of our economies.

Manu Bhaskaran is a partner and head of economic research at Centennial Group Inc, an economics consultancy.