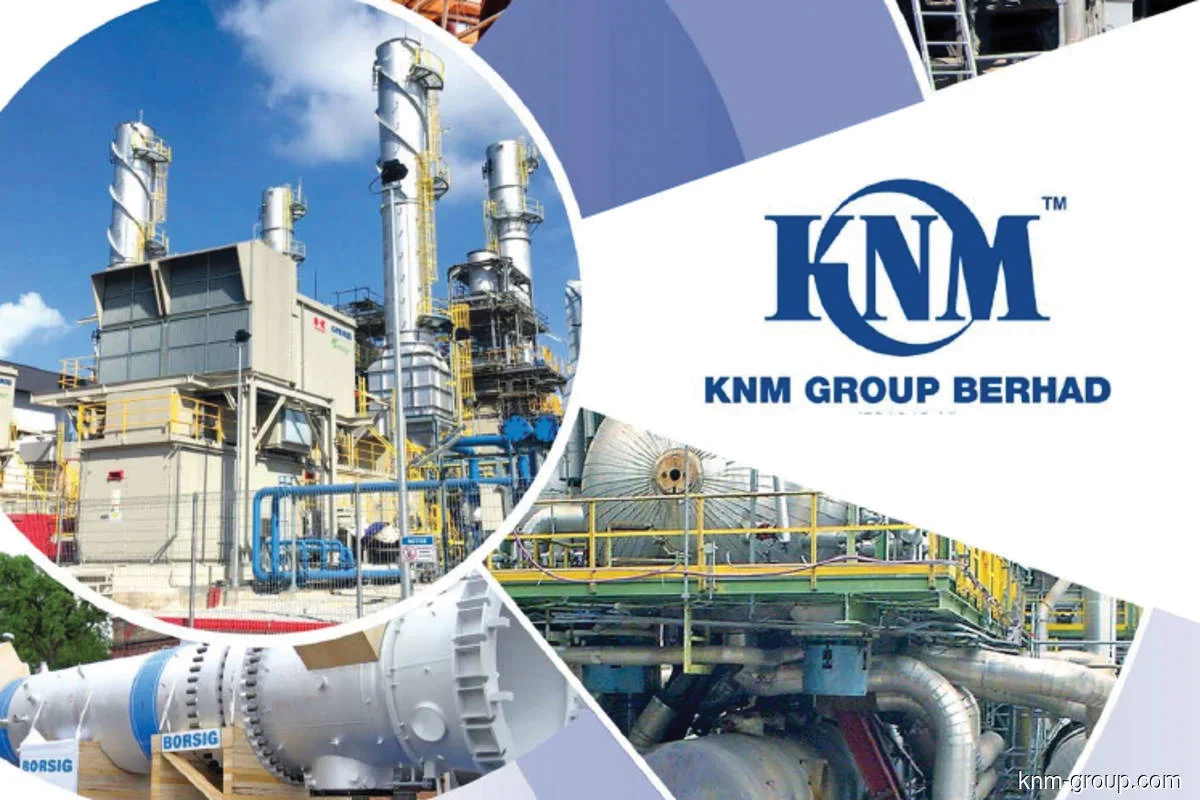 KNM Group Bhd’s financial stress arising from the delay in its balance sheet restructuring is also affecting MAA Group Bhd — the largest shareholder with a 9.4% stake.

MAA’s share price fell to a low of 36 sen on Nov 1, after KNM announced that the deadline for the sale of its crown jewel, Borsig GmbH, had been postponed by another month to Nov 30.

The delay of the €220.8 million (RM1.05 billion) disposal was mutually agreed on by KNM and buyer, Germany-based GPR, a unit of Vorsprung Industries SCSp.

The news sent KNM’s share price down to a new low of 3.5 sen on Nov 1. The delay also dragged KNM into Practice Note 17 (PN17) status on the same day, as it was unable to address its net current liabilities position by its end-October audit deadline. In the meantime, the company’s CEO Tan Koon Ping stepped down.

Tunku Datuk Yaacob Khyra, the controlling shareholder of MAA and non-independent director of KNM, believes the Borsig deal will be completed in time.

He remains confident that there is good value in KNM as the company is backed by “solid assets”.

“Unfortunately, because of the audit deadline (end-October), we had to go into PN17. Unfortunately, the timing’s off,” Yaacob tells The Edge.

“On KNM’s side, everything has been done [in relation to the sale]. The buyer (Germany-based GPR) is a PE (private equity) fund, and they have a collection of investors and bank facilities there. They needed a bit more time to complete [the conditions precedent],” he explains. “There is confidence that it will be completed [by end-November].”

KNM needs to adhere to the new deadline, as it has term loans amounting to US$23 million (RM106 million) and €68.5 million due on the same day, following a payment extension previously.

Earlier, on Oct 27, a unit of KNM had already received a winding-up petition in relation to a US$8.5 million settlement sum.

“The winding-up petition is just to frustrate KNM … the sale of Borsig will clear that. All the bankers are aware of the Borsig sale, so everybody is rescheduling all the deadlines to [Nov 30],” Yaacob says.

The Borsig sale is seen as a life saver that would help reduce KNM’s debt burden, although it will not bring the company out of the woods.

From the Borsig sale, KNM will utilise €206.55 million to pare down debt, including €12.93 million in repayment of the cash upstream loan receivables to Borsig.

At end-June, KNM had RM1 billion and RM142.11 million in short- and long-term borrowings. KNM expects its gearing level to drop to 0.31 times upon the completion of the exercise, from 0.78 times, its circular showed.

The conclusion of the Borsig sale does not mean that KNM’s financial woes are over.

MAA will still need to strategise a regularisation plan for KNM so that the latter can be lifted out of PN17 status, which came on the heels of four consecutive quarters of losses by the group.

KNM needs to raise its working capital as its cash balance shrank to RM35 million as at end-June, from RM256 million just one year ago.

“The engineering unit is short of cash because all the cash has been used to keep the banks at bay,” Yaacob says. “I think the PN17 will take at least one more year [to address] … so long as we are moving in the right direction, I think it should be okay.”

To replenish its cash, chances are KNM will have to resort to private placements or a rights issue, which Yaacob says depends on how much capital is required after the Borsig deal is done.

For MAA, a cash call will also mean injecting more money into KNM, having already spent some RM82 million for the 9.93% stake, or around 23 sen per share.

At KNM’s current share price of five sen, MAA is sitting on a paper loss of RM64 million, a back-of-the-envelope calculation shows.

“If you keep too much cash, [MAA] shareholders say you are not deploying your cash. It’s a catch-22 [situation].

“As far as MAA is concerned, we see KNM as good value,” he says. “It is backed by solid assets. If the rights issue happens at [the current market price of] five sen, that is a very good way to average down your cost in KNM.

“Unlike a year ago, effectively KNM is now under the control of the MAA Group,” Yaacob adds, pointing to the five representatives on KNM’s board, including its new group CEO Ravindrasingam Balasingham.

“Our goal is to turn the company around, which I believe can be done within one year,” he says.

MAA has also been in the red for two quarters. In the 18-month period, it booked RM133.93 million in losses on operating revenue of RM364.16 million.

During the period, only the general insurance segment was profitable with a pre-tax profit of RM33.58 million. It booked RM62.75 million in share of loss of associates, and another RM15.7 million in Malaysian equity losses.

Will MAA be able to resolve KNM’s financial woes and lead it out of the rough patch? Fresh cash will be one thing that Yaacob needs to achieve that.