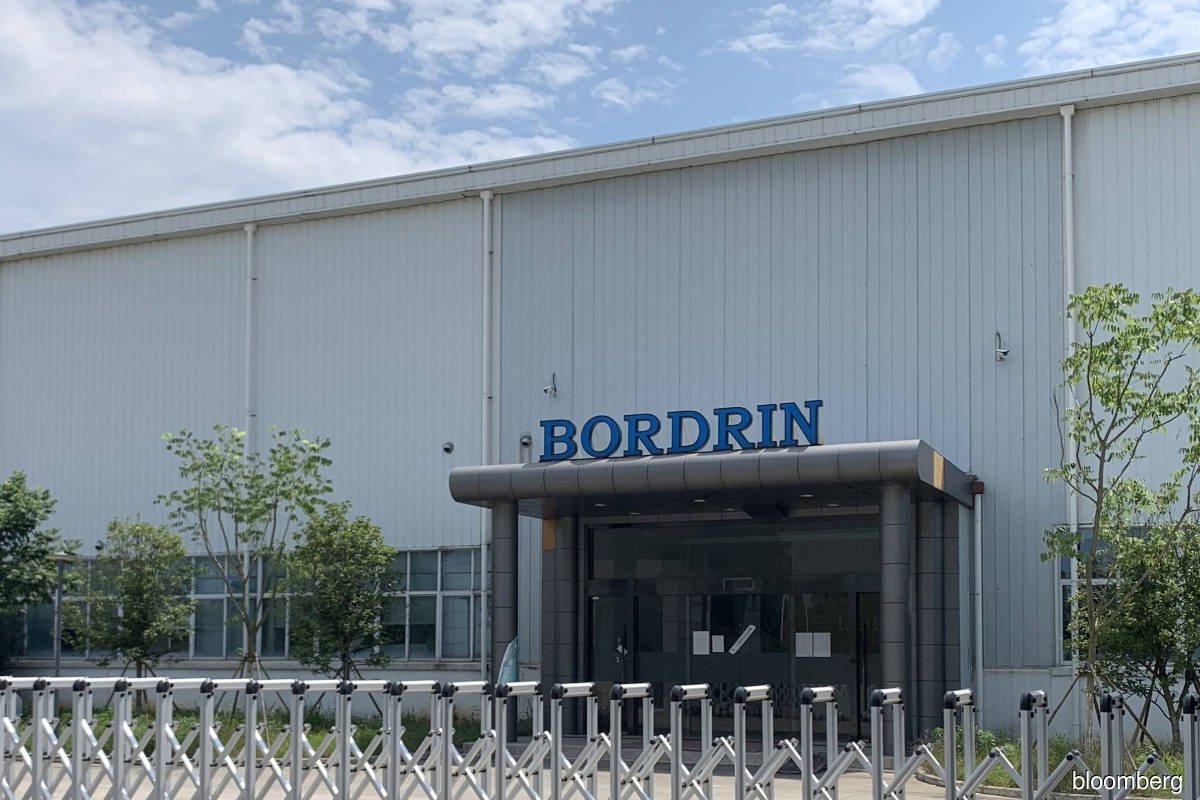 (Sept 21): Visitors to Byton Ltd.’s website are greeted with color-saturated images of shiny electric cars gliding along manicured streets. Those paying a visit to the automaker’s factory in Nanjing, eastern China may be less impressed. The plant is modern and huge, gleaming under the hot summer sun. But there’s total silence. Production has been suspended since the pandemic began and there’s noone around except for a lone security guard.

It’s a similar situation across town at Bordrin Motors. Weeds dot the factory’s perimeter and there’s a court notice pasted to the main gate announcing the electric carmaker’s bankruptcy.

Bordrin and Byton represent the flip side of China’s EV success. While home-grown stars like Nio Inc. and Xpeng Inc. have gone on to raise billions of dollars and are now selling cars in numbers that rival Tesla Inc., scores more have fallen by the wayside, unable to raise the crazy amounts of capital needed to make automobiles at scale.

In many cases, they were lured into existence by provincial governments dangling cash and other incentives to make Beijing’s dream of turning China into an EV powerhouse a reality. Local authorities helped manufacturers set up factories that promised jobs and development -- if they succeeded. But the tide began to turn in November, when regulators asked regional governments to review and report back on the scale of their support for the auto industry.

Alarmed by unbridled investment in the sector -- and the bankruptcies and zombified factories that came with it -- Beijing is applying the brakes.

“We have too many EV firms,” Xiao Yaqing, China’s minister for industry and information technology, told reporters Sept. 13. Mergers and acquisitions will be encouraged as the market needs to be further concentrated, he said. The government is also looking at setting production limits for the EV sector, people familiar with the matter told Bloomberg News this month, with provinces unable to green-light new projects until surplus capacity comes online. Resources will also be channeled into a few select EV hubs.

The moves are a potential warning sign for investors who have poured money into electric carmakers and the technologies that support them over the past year.

There are some 846 registered automobile manufacturers in China, and more than 300 of them churn out new-energy cars, loosely defined as electric vehicles or plug-in hybrids. The vast majority are names unrecognizable elsewhere. In 2020 alone, the country added new production capacity of around 5 million units, about four times the actual number of EVs sold in China that year. According to regulators, almost half that capacity wasn’t in use.

Bordrin, founded by former Ford executive Huang Ximing in 2016, was targeting annual output of 700,000 cars across three factories. But it ran out of money and folded before making even one. Huang didn’t reply to messages seeking comment sent via WeChat.

China doesn’t have a public dossier of bankruptcies, but since last year, at least a dozen EV makers are known to have gone under or have had to be restructured to avoid insolvency.

“This is kind of the classic capitalist competitive shakeout,” said Gary Dvorchak, a Beijing-based managing director at investment advisory Blueshirt Group LLC. “You get a zillion companies and then you have an oversupply situation. The process of failing is typically a lot slower in China because companies get government support. But eventually, some have to die and the pain inflicted to get those deaths to happen can be high.”

Byton at least still exists. The carmaker, co-founded by former BMW AG and Nissan Motor Co. executives, suspended all domestic operations and furloughed staff in July last year as the pandemic made it tougher to get its business off the ground. Even before Covid, the company had encountered difficulties meeting announced deadlines on producing and delivering its first model, although its website still accepts reservations for cars.
‘Idle Capacity’

Things started to look up this year, when Byton signed a strategic cooperation deal with iPhone maker Foxconn Technology Group in January (aided by the Nanjing Economic and Technological Development Zone) to start mass production of the Byton M-Byte SUV by the first quarter of 2022. But Foxconn has been withdrawing staff from the Nanjing plant after one of the carmaker’s biggest creditors started taking management control, Bloomberg reported in July, and last week, the Nikkei newspaper said the collaboration had been put on hold due to Byton’s worsening financial situation.

A representative for Byton declined to comment for this story.

Jiangsu province, where Nanjing is located, strove to become an EV hub, luring US$32 billion of auto-industry investment in the six years through 2020. Now, it’s home to more than 30 car manufacturers. But it became the focus of a Beijing-ordered probe earlier this year, which found some local authorities had been doling out tax breaks and land incentives to attract carmakers that were beyond the scope of government guidelines. This resulted in “salient problems of low production capacity utilization rates and idle capacity,” Jiangsu provincial officials said in a statement in February, without elaborating.

“Local governments had high expectations for the development of new-energy vehicle companies, hoping to tap the opportunities of the sector and drive local economic expansion,” Cui Dongshu, secretary general of China Passenger Car Association, said in an interview. “Investors also saw huge profit potential. This has resulted in surplus capacity.”

Yinlong New Energy Co.’s Nanjing factory broke ground in 2017 with a total planned investment of 10 billion yuan (US$1.6 billion). Output was set at 30,000 new-energy commercial vehicles, mainly electric buses, and there were EV battery making plans too. Production was due to start in 2018 but today the plant is all but abandoned. Trash has piled up along its walls and roads connecting buildings inside are deserted, its entrances barricaded.

The company’s biggest shareholder, Gree Electric Appliances Inc., said there’s still scope for collaboration, either in bolstering the carmaker’s capacity utilization and competitiveness, or in pushing its battery technology.

Some of China’s established automakers are watching all of this with a sense of inevitability. Zhejiang Geely Holding Group Co., one of the nation’s biggest privately owned carmakers with a range of brands spanning mass-market vehicles to ultra-luxury racing cars made by Lotus -- which it controls -- sees a natural cycle playing out, and one that will involve some casualties.

“Some people rush to build one, two, three, five factories, even though their first car isn’t yet on the market,” Group Lotus Plc Chief Executive Officer Feng Qingfeng said.

“When everybody thinks it’s easy to make cars, people dive into car making. When they realize the car business isn’t that easy, they stop investing,” he said. “It’s the invisible hand of the market economy commanding order.”