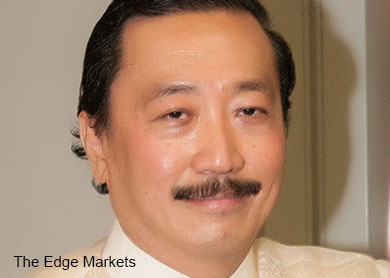 The suspension came shortly after the investment bank raised the red flag to advise its clients to be cautious on MOL Global last Friday when the company announced it delayed the release of its third quarter (3Q) financial results and the resignation of MOL Global’s chief financial officer (CFO).

Deutsche Bank, one of the three joint book runners in MOL’s listing last month, had just initiated coverage on the company with a “buy” rating and target price of US$12 (RM40.32) last Thursday. On the very next day, it issued a caution note to clients on news of the delay and the CFO’s resignation.

In a note released late yesterday, Deutsche Bank said: “We temporarily suspend our rating and estimates on MOL Global until further clarity can be provided regarding the company’s announcement last Friday.

“We expect these details to be available on Dec 3, which is the revised results release date,” the report said.

In last Friday’s research note, Deutsche said that although it maintained a long term positive view and ‘buy’ on MOL Global given the significant growth potential of payments in the developing markets; however, it views that the sudden announcement as “potentially ominous”, lacking further detail and it is concerned with what factors that might have driven both of these “material developments”.

The research note pointed out that as a result of MOL Global’s aggressive investment programme, it might theoretically face increased risk of delayed or erroneous reporting from affiliates and subsidiaries, unforeseen and adverse actions taken by local authorities in other jurisdictions. Since 2009 MOL Global has undertaken no less than 10 investments and acquisitions in five countries, Deutsche noted.

This article first appeared in The Edge Financial Daily, on November 25, 2014.