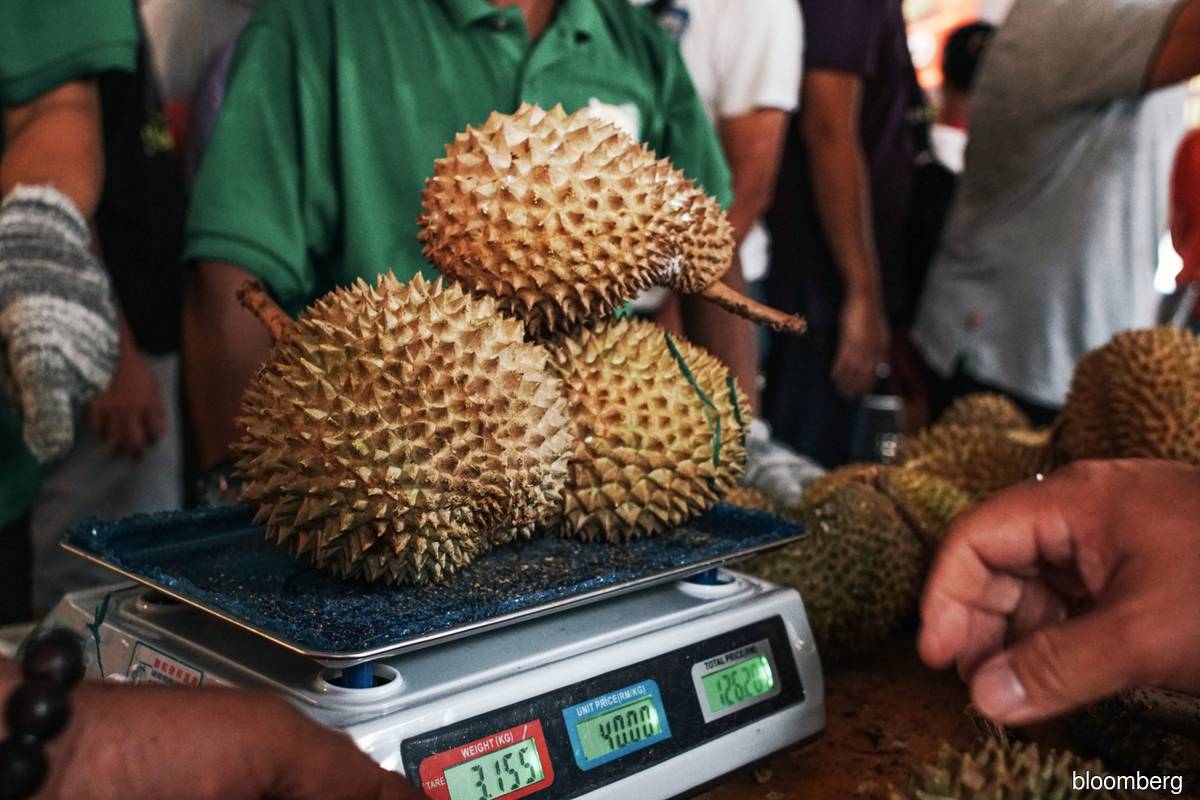 TUMPAT (Aug 2): The Malay idiom "Tuah ayam nampak di kaki, tuah manusia siapa yang tahu?" (The chicken’s fortune lies at its feet. For man, who knows?) seems appropriate for a single mother after her four tonnes of durians for the day were snapped up in less than three hours.

Durian seller Tengku Nor Amira Tengku Razaman, 31, said she decided to sell durians as low as RM1 per kilogramme (kg) after many people complained that they could not afford to buy durians because they were costly.

She said the price of the king of fruits is expensive, reaching tens of ringgit per kg, thus resulting in the bottom 40% income group (B40), including those whose incomes had been affected by the Covid-19 pandemic, to not be able to buy the fruit.

“After receiving several complaints and grievances, I took the initiative to sell low-priced durians, so that all levels of society could enjoy them.

"I usually get my durians from wholesalers in Jeli at a cheap price to enable me to resell them at a low price," she said when met by reporters at her durian stall along the main road of Kampung Ketil, Pengkalan Kubor here today.

Elaborating further, Tengku Nor Amira, who previously worked at a shrimp pond in Puncak Jalil, Selangor, had to stop working there since April due to the movement control order (MCO) to curb the spread of Covid-19.

After returning to her hometown, she started the durian business assisted by six family members.

I took a risk in the beginning by investing RM2,700 to buy 400kg of durians from a supplier at the Rural Transformation Centre, Tunjong.

"Alhamdulillah (thanks to Allah), the effort and risk taken were very worth it as now I can sell four tonnes of durians a day with sales of more than RM5,000 even though it is sold at a cheap price of around RM1 to RM2 depending on the type of durians," said Tengku Nor Amira, who sells the durian kampung variety.

She also said that even though the durians are cheap, she still maintains the quality of the durians sold by ensuring that only good fruits are sold to avoid disappointed buyers.

A customer, Rokiah Husin, 66, said she was willing to wait in long lines at Tengku Nor Amira's stall to get durians at such cheap prices.

“So far, I haven’t found another durian trader who sells durians this cheap. Thankfully, at least those who cannot afford to buy the fruit [at high prices] can now get to taste durians even if it is only once a year,” she added.

In The Midst Of The Pandemic, Garden International School Students Do It Again!

Making e-commerce accessible to all