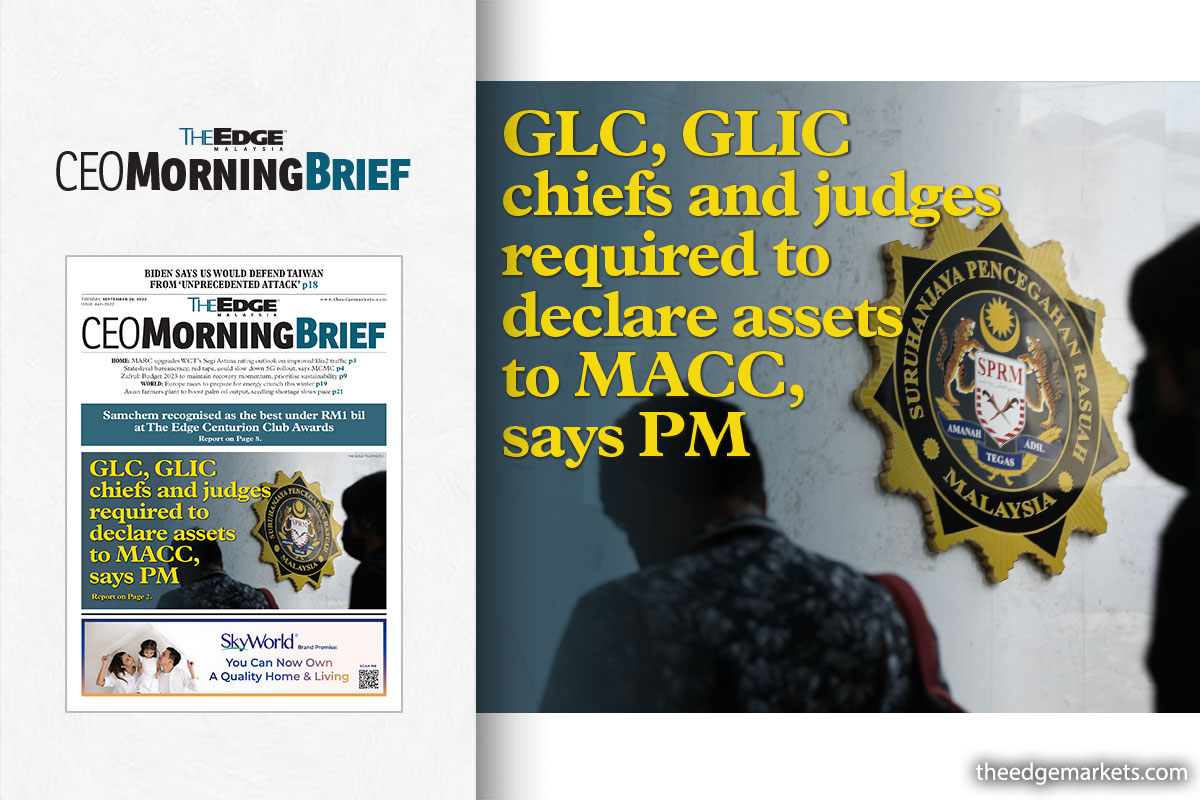 The prime minister said this was decided by the Special Cabinet Committee on Anti-Corruption (JKKMAR) at its meeting on Monday (Sept 19) and that the details on this new code of ethics would be tabled again by MACC at the next meeting.

“JKKMAR also decided that the MACC mechanism for declaration of assets by members of the administration, Members of Parliament (MPs) and senators would be strengthened to enhance the credibility and integrity of the government administration,” he said in a statement issued after chairing the meeting.

He said amendments and enhancements to the existing Code of Ethics for Members of Administration and Members of Parliament would be implemented and a new code of ethics would be introduced for MPs in the Houses of Parliament (Privileges and Powers) Act 1952 (Act 347), by considering the need to maintain the principle of separation of powers between the executive and legislative bodies.

Ismail Sabri said officers of a local government authority (PBT) who had served in a particular place for a long time could be transferred to another PBT to avert risks of having elements of corruption and power abuse, as well as avoid creating Little Napoleons at the field stage.

The prime minister said this would be implemented through the creation of a Committee on Transfer of PBT Officers, placed under the jurisdiction of the State Executive Council, and a guideline would be issued by the state authorities to allow for its implementation nationwide.

Apart from this, the JKKMAR also agreed to implement the Audit Act 1957 amendments to prevent the involvement of the Auditor-General in activities or committees of federal or state services, but his participation is allowed in committees at the policy stage.

Ismail Sabri said the amendments by the National Audit Department were aimed at enhancing professionalism and ensuring the independence of the Auditor-General, apart from enabling him to audit other bodies, including companies with government interests, subject to his discretion.

He said the JKKMAR also agreed to undertake a review of the direction of the Institute of Integrity Malaysia (IIM), with the allocation of a fixed annual grant through the National Centre for Governance, Integrity and Anti-Corruption (GIACC) for a three-year period from 2023 to implement programmes for strengthening integrity.

"IIM’s role will be strengthened based on three core functions encompassing aspects of education; advocacy and training; research and publication, as well as strategic cooperation, apart from being given a role to implement a hybrid business model to boost integrity of the public and private sectors,” he added.

He said the views of all stakeholders including political parties would be considered before the Bill is tabled for first reading at the coming Dewan Rakyat meeting.

"The government is always committed to strengthening integrity and ensuring transparency in the country’s governance is enhanced from time to time, in efforts to make Malaysia a corruption-free country,” he said.