Goldman and BlackRock sour on stocks as recession risk rises 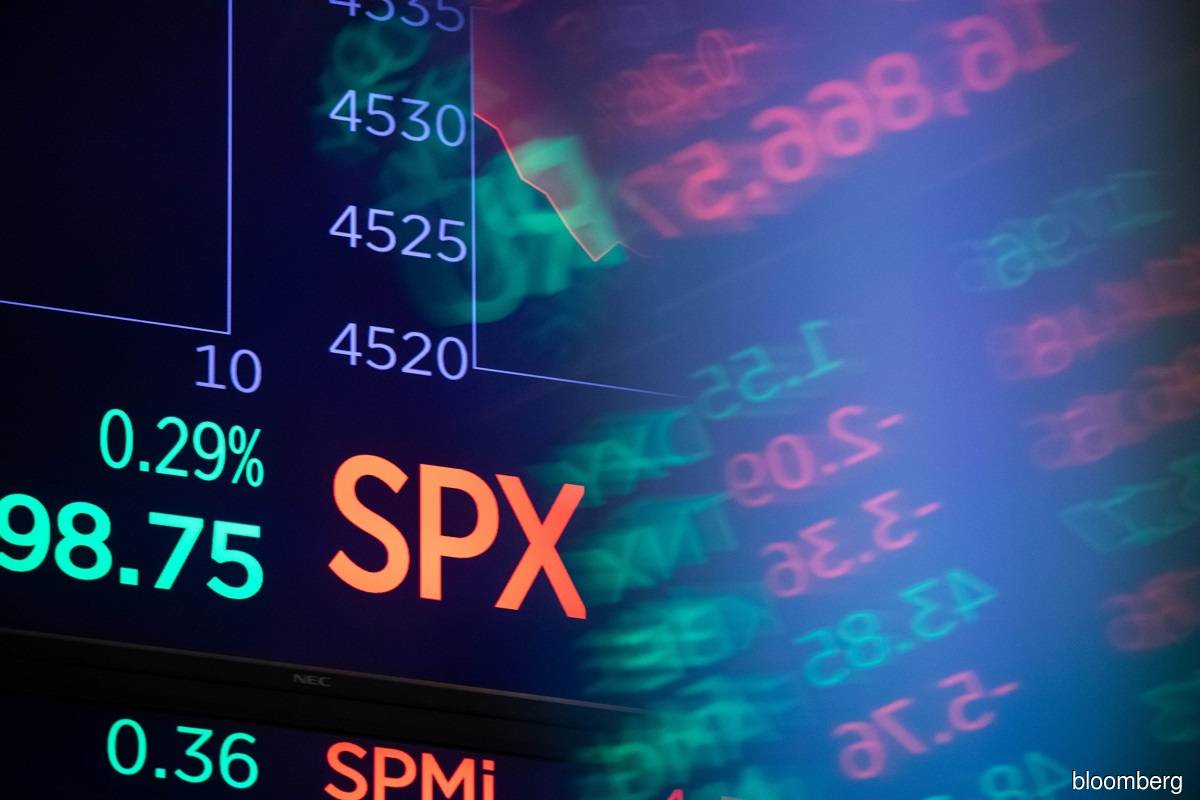 SINGAPORE (Sept 27): Goldman Sachs Group Inc and BlackRock Inc are turning more bearish on equities for the short term, warning that markets are yet to price in the risk of a global recession.

Flagging rising real yields as a major headwind, Goldman strategists cut equities to underweight in the US investment bank's global allocation over the next three months while staying overweight cash. BlackRock is advising investors to "shun most stocks", adding that it is tactically underweight developed-market shares and prefers credit in the short term. "Current levels of equity valuations may not fully reflect related risks and might have to decline further to reach a market trough," Goldman strategists including Christian Mueller-Glissmann wrote in a note on Monday. Goldman's market-implied recession probability has risen to above 40% following the recent bond sell-off, "which historically has indicated elevated equity drawdown risk", they wrote.

Similar concerns are being echoed by Morgan Stanley and JPMorgan Asset Management after central bankers from the US to Europe touted their resolve to fight inflation, sending global stocks into a free fall over the past few days. Little respite seems to be in sight even as the MSCI World Index's members have lost more than US$8 trillion (RM36.89 trillion) in value since a mid-September peak amid a surge in US yields and the dollar.

"We don't see a 'soft landing'" where inflation returns to target quickly without crushing activity, BlackRock Investment Institute strategists including Jean Boivin and Wei Li wrote in a note on Monday. "That means more volatility and pressure on risk assets."

As stock market volatility continues to rise, JPMorgan Asset is also sticking to its underweight on equities heading into the fourth quarter. The firm "strongly" favours investment-grade credit over high yield, Sylvia Sheng, global multi-asset strategist, wrote on Tuesday, anticipating sluggish growth in the US and recession in Europe over the next 12 months.

A global recession probability model by Ned Davis Research recently rose above 98%, triggering a "severe" recession signal. The only other times it has been that high was during previous acute downturns, such as in 2020 and 2008-2009, according to the firm.

The days of the TINA — There Is No Alternative — mantra for stocks are over, the Goldman strategists wrote. While falling yields had burnished the appeal of equities since the global financial crisis, "investors are now facing TARA (There Are Reasonable Alternatives) with bonds appearing more attractive," they wrote.

"How much yields have moved up, especially real yields at this point, that was very tough to see, this is what's making us so uncomfortable," Mueller-Glissmann said on Tuesday in an interview with Bloomberg TV.

"Because 150 bps (basis points) we haven't seen for a very long time, that changes the narrative from TINA to TARA," he said. "You can go to credit to get your nominal yield with relatively little risk, you can go to the TIPS market to get your real yield with relatively little risk, so your incentive to own equities is lower."

Goldman's bearish take comes after its US strategists slashed their year-end target for the S&P 500 Index to 3,600 from 4,300 last week. Similarly, Europe strategists including Sharon Bell have reduced targets for regional equity gauges, downgrading their 2023 earnings-per-share growth forecast for the Stoxx Europe 600 Index to -10% from zero.

Both the S&P 500 and Stoxx Europe 600 ended Monday's session at their lowest levels since December 2020.

"This bear market has not yet reached a trough," Bell and her colleagues wrote about European stocks in a separate note on Monday.