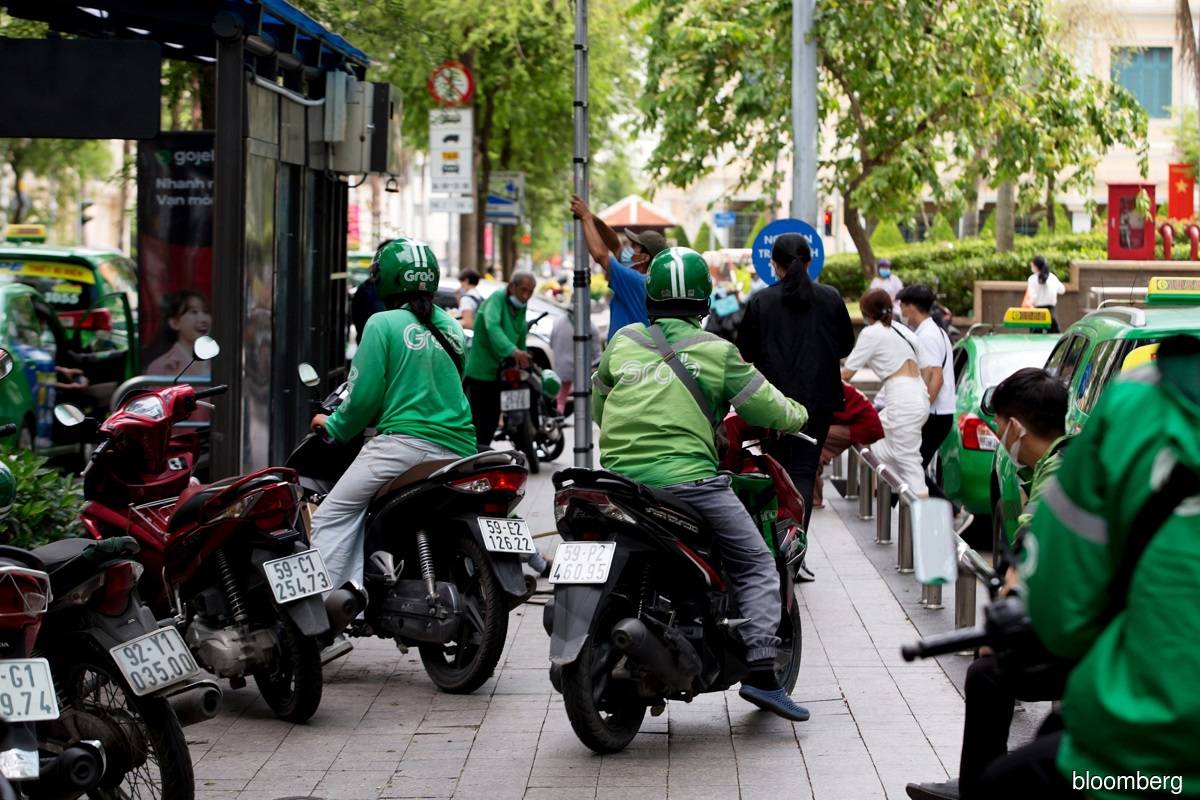 "Looking ahead, we’re firing on all cylinders to improve our profitability trajectory,” chief executive officer Anthony Tan said on Tuesday. “Grab is trying to achieve this by growing our top line in a sustainable manner.”

The ride-sharing and delivery provider gave the forecast for a 45% to 55% increase at its first investor day, trying to reassure shareholders it is on the rebound. Analysts were projecting 49% growth for 2023 on average. The company backed by SoftBank Group Corp also said it anticipates breaking even in the second half of 2024 on a conditional basis, and excluding one-time items.

Grab, long considered one of the rising stars of Southeast Asia, has struggled since it went public through a merger with a special-purpose acquisition company (SPAC) in December. Shares have tumbled more than 70% as the company wracked up losses in the post-Covid-19 era and the stock market soured on unprofitable tech ventures. Grab, which went public by merging with Altimeter Capital Management's SPAC in what was originally a US$40 billion (RM184.45 billion) deal, is now worth about US$10.8 billion.

"Looking ahead, we're firing on all cylinders to improve our profitability trajectory," chief executive officer Anthony Tan said at the event in Singapore on Tuesday. "Grab is trying to achieve this by growing our top line in a sustainable manner."

Grab, which counts Japan's SoftBank and Uber Technologies Inc as two biggest shareholders, expects losses to narrow to US$380 million on an adjusted basis in 2022's second half.

Executives said it now aims to break even by the latter half of 2024 on an adjusted earnings basis before interest, tax, depreciation, and amortisation (Ebitda). That excludes as many as a dozen exceptional items, from fair value losses in investments to "restructuring costs".

"It's the right strategy, although the market is less patient now," said Sachin Mittal, an analyst at DBS Group Holdings Ltd, who rates Grab a hold. He had estimated revenue growth of 77% for 2023 and adjusted Ebitda break-even in 2025.

In the meantime, the company said it has about US$6 billion of cash and liquid items on hand, giving it time to turn its on-demand and fintech services around. Tan's vision of creating a so-called "super app" for Southeast Asia was aggressive, but led to extensive losses. Grab lost US$3.4 billion in 2021 and piled up almost US$1 billion of losses in the first two quarters of this year. Revenue this year was set to roughly double to as much as US$1.3 billion, Grab said last month.

The company started out focused on the ride-hailing business and competed effectively against Uber. The US company ended up selling Grab its business in Southeast Asia in return for a stake in its Singaporean rival. Grab then launched an ambitious — and expensive — campaign to expand into adjacent businesses, including food delivery and finance. It also added everything from hotel bookings and health services to gifts and entertainment experiences to its app.

Alex Hungate, who joined Grab as chief operating officer in January after heading SATS Ltd and HSBC Singapore, said the firm will now have a more defined strategy. He outlined an effort to make the company "Southeast Asia's largest and most efficient on-demand platform that enables local commerce and mobility".

"This is not just a bunch of words on a page," Hungate, 56, said during his presentation. "This defines our strategy in a more focused way than we've ever defined before."

In a separate interview, he said Grab aims to focus on product efficiency, such as just-in-time allocation of orders so its drivers can handle more of them.

Grab also plans to expand its monthly subscription programme, where users pay a flat fee for deals across mobility, food and parcel delivery services on its app. It will also focus on corporate customers, groceries, and advertising and fintech services to boost profitability.

The company is counting on turning around its loss-making delivery and financial-service businesses to hit its profit target. It previously forecast its deliveries division would get into the black by the second quarter of next year, when it should have margins of at least 3%. Grab expects its digital bank operation, run with Singapore Telecommunications Ltd, to break even only by 2026.

"It's sharpening of focus," Hungate said in the interview. "Because super app could be interpreted as being all things to all people; that's not what we intend to do. We are very clear about what we want to focus on."