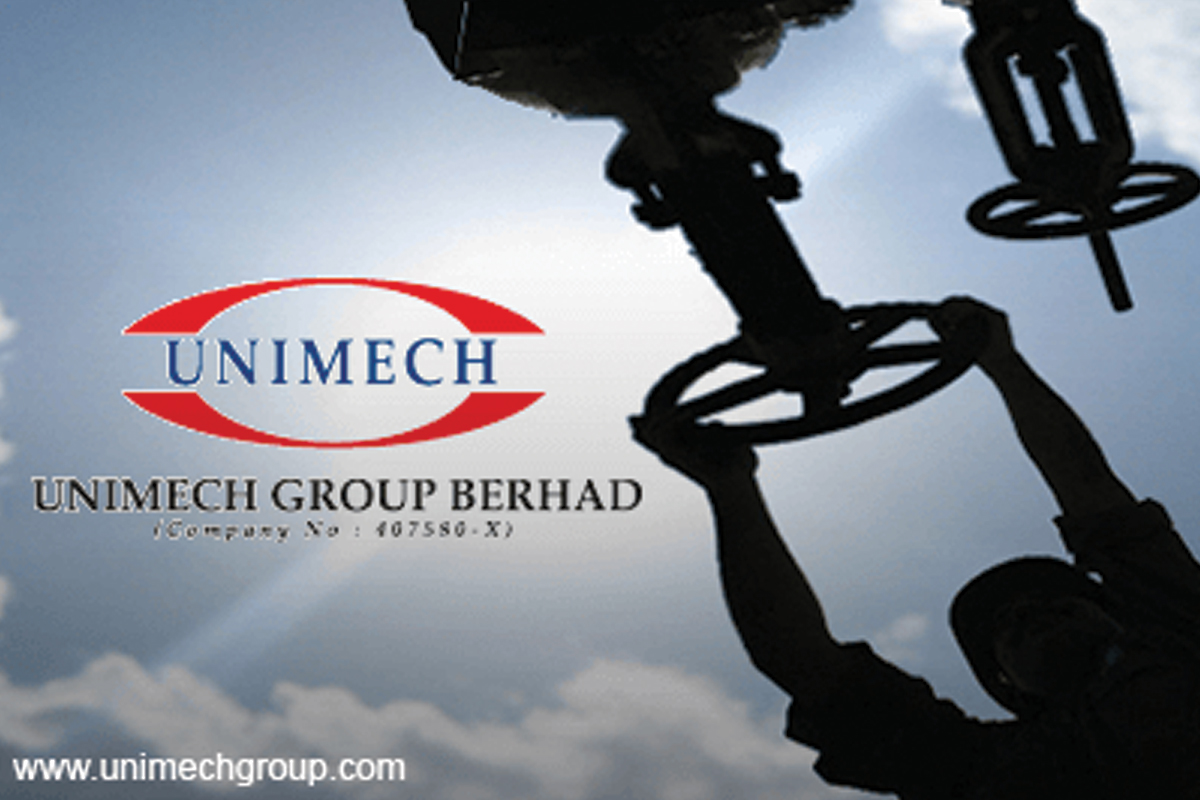 YET to experience a slackening in demand, Penang-based valves and pipe fittings firm Unimech Group Bhd is unfazed by a potential global economic slowdown amid soaring inflation.

“From first-half performance and up to now, we don’t see a slowdown in demand for our products. Compared with last year, the situation is much better now,” executive director Sim Yee Fuan tells The Edge in a recent interview. “The slowdown in the US may affect the overall economy in countries where we have a presence, but our products are not directly affected because we supply to the general industries, such as semiconductor, oil and gas, and palm oil players.”

The VIF segment is the largest contributor, accounting for 79.1% of total revenue in the financial year ended Dec 31, 2021 (FY2021). The pumps and electronic segments accounted for 10% and 10.9% respectively.

Valves are needed so long as there is a heating, ventilation and air-conditioning system.

“For example, in the semiconductor industry, our products are used in their factory maintenance and air-conditioning system,” says Sim.

“We think we can at least maintain the performance with FY2022 net profit at RM25 million to RM26 million. It will be at least RM310 million in turnover for the year,” projects Sim, adding that growth would be supported by its strong business network.

Malaysia contributes 51.3% of Unimech’s total sales, followed by Indonesia at 26%, which Sim says may expand to 30% over the next three years on the back of strong demand.

Other major overseas markets are Thailand, Australia and Singapore. The Philippines could be a new market as the company is exploring opportunities. “We are studying it right now, and may only materialise next year.”

As Unimech’s products are mainly metal-based, steel is the key cost factor. Sim expects steel prices to remain at current levels or to trend slightly lower.

“We will adjust our pricing when the cost goes up, so our gross margins are maintained at 40%,” he says.

According to the Department of Statistics Malaysia, the average unit price of steel bars consisting of mild steel round bars and Mycon 60 high tensile deformed bars increased 9.8% to RM3,778.71 per tonne compared with RM3,440.91 per tonne in the same month a year ago. In July 2022, it was higher at RM3,879.49 per tonne. Unimech owns a total of six plants across Malaysia, Indonesia and China. It plans to embark on further expansion in Indonesia.

“Indonesia has the material sources, and its government promotes local content products. That’s why we want to expand our factories in Indonesia,” Sim states.

Unimech will not need to raise funds as it has sufficient cash for future expansion. “Our borrowings are reducing and our cash in hand is increasing, so we don’t need a corporate exercise to get funds from the shareholders.”

As at end-June, Unimech had RM92.7 million in gross borrowings — down from RM97.2 million as at end-2021, with a net debt of RM39 million compared with RM44 million six months ago.

Sim concedes that competitive pricing is a major challenge for the company, given the number of players in the market. “There are many small players. Contractors will normally ask for a discount when they buy in a big amount.”

The other hurdle is elevated shipping rates, but these are still manageable, he says.

“I don’t think the shipping cost will come down a lot. So far, it has maintained [a high level] due to high oil prices.”

Unimech’s shareholders can continue to expect dividends as the company remains committed to a 30% dividend policy.

“We have been paying dividends since listing (in June 2000). Definitely FY2022 dividend per share will be higher compared with FY2021’s 4.5 sen,” Sim assures.

Year to date, Unimech’s share price has gained 4.32% to close at RM1.45 last Wednesday for a market capitalisation of RM214 million.