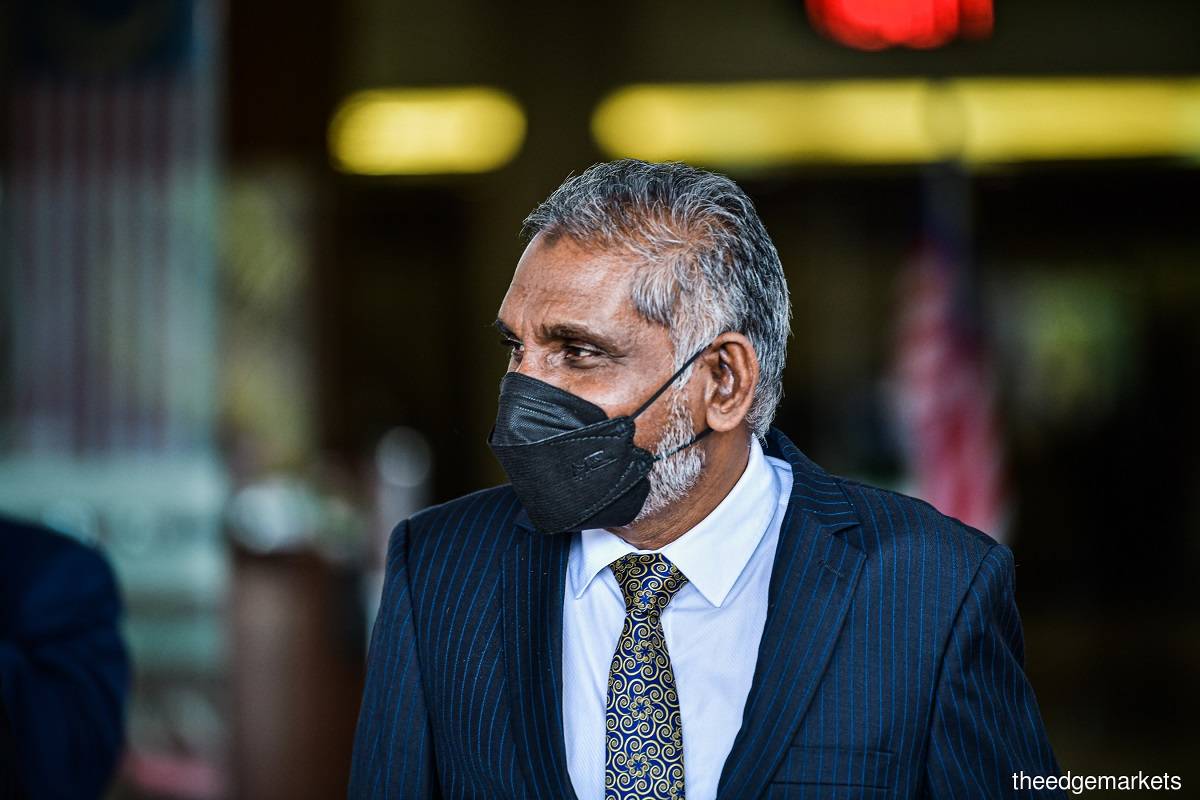 This was despite 1MDB officials, including Datuk Shahrol Azral Ibrahim Halmi, being seen not helping the ministry to hasten the process, where Irwan described the former 1MDB managing director as being “arrogant”.

Irwan testified that at that time, 1MDB along with Aabar wanted to engage in a joint venture (JV) worth billions of investments in Malaysia that also included the multi-billion Tun Razak Exchange project.

Initially, a letter of support of US$6 billion was issued and approved by the Cabinet in February 2013 for the bond issuance. But Azlin and 1MDB later amended the terms to only guarantee US$3 billion worth of bonds issued by the JV with Aabar.

Irwan, the 42nd prosecution witness in the 1MDB-Tanore trial, said he received an email from Azlin late at night on March 7, 2013, wanting the MOF to expedite the matter as the United Arab Emirates (UAE) crown prince intended to make an official visit on March 12.

The witness, who was giving evidence during cross-examination by Najib’s counsel Wan Aizuddin Wan Mohammed, testified that Azlin had complained that the MOF was slow in its task as they wanted it to be done urgently as it also involved Goldman Sachs and the arrival of the crown prince.

However, Irwan, 65, said the MOF was facing problems as it could not obtain the required documents from 1MDB. According to Irwan, he had told Azlin that an official request culminating with the email dated March 7 was required.

The email by Azlin contains a forwarded message from the Abu Dhabi government regarding the US$6 billion JV and the preparation of the memorandum by the ministry for the letter of support.

“I wanted to say that in preparation of the internal memorandum and the memorandum of cabinet on the LOS (letter of support), I communicated frequently with Azlin. He told me that Najib wanted the matter to be expedited and he complained that the MOF was late.

“I explained that the reason for the delay was due to when MOF officials wanted 1MDB including Shahrol to give detailed documents regarding the reduced risk of US$3 billion, they would not do so and say they would give the information later.

“Shahrol is being arrogant to my officers by not providing the documents and said the matter had been briefed to the PM,” Irwan said.

Asked Azlin for documents but not provided

Irwan noted that he did ask for details from Azlin and also the Prime Minister’s Office for the documents required but they were not forthcoming. However, the MOF still prepared the memorandum without the required support documents.

He told the court that his officers would prepare the documents to meet the requirement for the letter of support to be issued, and this was done without Shahrol’s help.

The witness said that the letter of support was produced following that, and he agreed with Wan Aizuddin that this was to maintain good government-to-government relations with UAE, with which Malaysia through 1MDB has a JV.

“This was a normal process but the speed or urgency of the matter is the fastest,” Irwan admitted.

However, the witness seemed not to blame Najib for the hastening of the issuance of the letter of support.

Wan Aizuddin: [I put it to you] that within the MOF, all the normal processes were followed [with regard to this deal].

Irwan: The process was followed, but at the fastest speed, without certain documents. There was no shortcut or two ways about it... at the division, we evaluated it. We got our solicitor's advice (from the Attorney General's Chambers).

Wan Aizuddin: [I put it to you that] the lack of cooperation was the fault of 1MDB's own management, and cannot be attributed to the [then] prime minister.

Irwan: I mean, if you look from the perspective of the MOF, it was the 1MDB officials. When they came, they said they were directed by the [then] PM and so on.... As to how far was their connection with the [then] PM, I don't know.
You can ask my officers, even my junior officers, that the 1MDB officials including Shahrol were behaving arrogantly in not wanting to provide the documents.

Earlier in the day, when Irwan was cross-examined by senior counsel Tan Sri Muhammad Shafee Abdullah, the witness disagreed with his one of his junior officers, namely former MOF deputy secretary-general Datuk Siti Zauyah Md Desa's testimony that she and several officers in the MOF may not have direct access to meet Najib.

On Sept 27, Siti Zauyah told the court that she had no access to Najib to ask about any procedural irregularities over the letter of support.

Najib is facing four counts of abuse of power and 21 counts of money laundering involving RM2.28 billion of 1MDB funds.

Read also:
Malaysia sign RM18b partnership with Abu Dhabi
Former MOF official: 'I had no direct access to the PM'