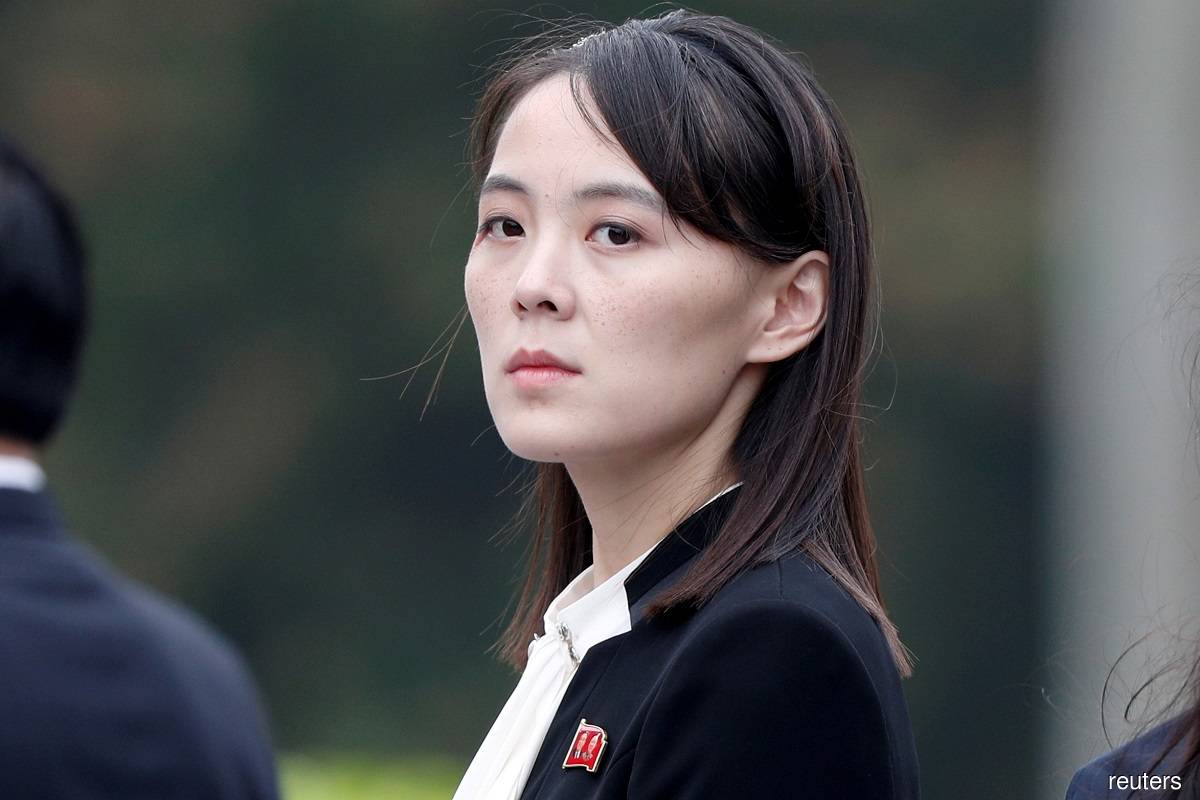 Kim Yo Jong told South Korean President Yoon Suk Yeol to "stop dreaming in vain", the state's official Korean Central News Agency reported on Friday. The comments added to the heated rhetoric she has fired off toward Yoon's government this month, which has set the stage for Pyongyang to resume tests of weapons related to its nuclear programme that have been put on hold as it battled a Covid-19 outbreak.

Yoon's proposal was "as stupid as trying to dry the dark blue ocean and turn it into a mulberry field", Kim Yo Jong said, adding North Korea had no intention of getting rid of its nuclear arsenal and the weapons were not a subject for political bargaining.

"We just don't like Yoon Suk Yeol as a human being," Kim Yo Jong said of the conservative South Korean leader who took office in May and pledged to take a hard line toward Pyongyang.

Yoon this week offered an "audacious initiative" of food, energy, and infrastructure aid for Pyongyang if it decides to give up its atomic weapons. He offered an opening for North Korea to get back to stalled talks by saying at a news conference aid could start even before the end of the state's nuclear programme, as long as Pyongyang shows a "firm will" that puts it on a path for denuclearisation.

In a show of defiance, North Korea fired two cruise missiles on Wednesday in a launch that coincided with Yoon's news conference. Although there are no United Nations Security Council resolutions banning launches of such rockets, it was one of the most provocative moves from the state since it fired off eight ballistic missiles on a single day in June — in violation of the UN measures.

Kim Yo Jong chided South Korean authorities by saying they were clumsily mistaken about the cruise missile launch site and said it would be interesting to see how they make excuses to their people for the error.

South Korea's presidential office expressed "deep regret" over Kim Yo Jong's latest comments, saying in statement that they were "rude".

Last week, Kim Yo Jong issued her first direct threat at Yoon since he took power. She repeated groundless claims that Covid-19 entered North Korea on leaflets sent by balloon across the border by anti-Pyongyang activists in the South. She said if the acts continued, North Korea would eradicate South Korean authorities.

The US, Japan, and South Korea have all warned that North Korea is readying for its first nuclear test since 2017, as it tries to build warheads small enough for tactical devices to hit American allies in Asia and increase the power of weapons that would be carried by intercontinental ballistic missiles to the US.

Tensions could flare again when the US and South Korea hold military drills that are expected to start next week. For years, North Korea has called joint drills a prelude to an invasion and warned that its military was ready for confrontation.

Any display of the weapons in North Korea's nuclear arsenal would serve as a reminder of the security problems posed by Pyongyang that have simmered while President Joe Biden's administration has been focused on Russia's invasion of Ukraine.

Nuclear disarmament talks with North Korea ground to a halt after then US president Donald Trump broke off a meeting with the North Korean leader in 2019. Kim Jong Un's regime has refused invitations to get back to the table from South Korea and Biden since then. It has also steadily built up its nuclear arsenal, even as Kim and Trump were engaging in their unprecedented face-to-face meetings.

North Korea sees its nuclear arsenal as key to keeping its leaders in power and fending off an invasion. In the past few years it has modernised its ballistic missiles to increase the chance it can strike South Korea and Japan, and deliver a nuclear warhead to the US mainland.

When former South Korean president Lee Myung-bak offered a similar plan in 2008, then North Korean leader Kim Jong Il's regime quickly rejected the deal and state media called the offer from Seoul the work of a "swindler and profiteer".