Lawyer: Over RM60 mil at heart of first 1MDB-Tanore charge was part of 'gift' from Saudis to Najib 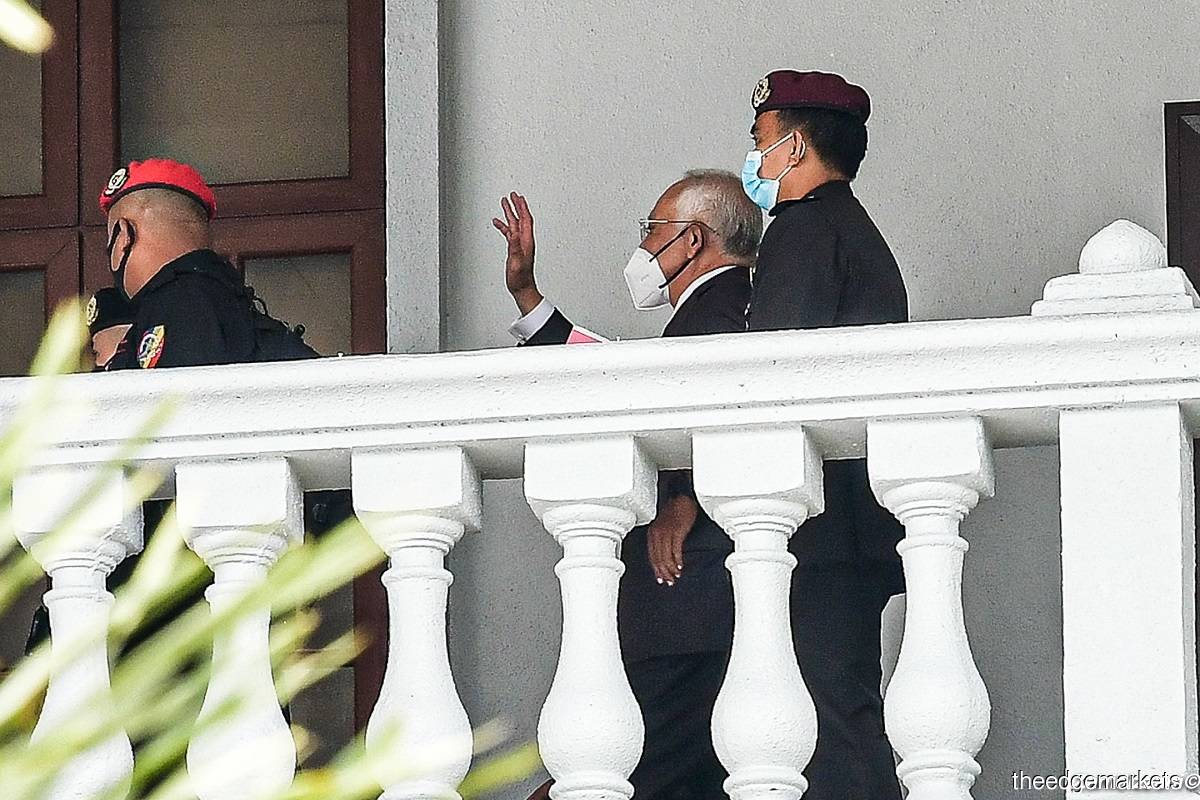 According to the letter, a sum of US$100 million was contributed to Najib in recognition of the former premier's contribution to the Islamic world, without any expectation for it to be returned.

Wan Aizuddin claimed that the sum that went into Najib's account in 2011 — totalling RM60,629,839.43 — was part of this gift. The sum forms the first abuse of power charge the former prime minister is facing in this trial.

During Wednesday's hearing, she could not agree with Wan Aizuddin's conclusion that the amount was from the alleged contribution.

Wan Aizuddin: [The] US$100 million and the two transactions, you would agree that there is an irresistible conclusion that this would be the reason it would be a personal gift?

Uma Devi: I can't conclude because the amount differs, and I'm not sure if the letter [was] given to the bank prior to [the] transactions.

Wan Aizuddin: From the branch's side, this letter has never been cited?

The defence counsel then cited a Society for Worldwide Interbank Financial Telecommunication (SWIFT) form for the first transaction and indicated that the money was from Saudi royalty, Prince Faisal Turki.

The AmBank branch manager, however, could not confirm the amount as it was not in ringgit and said she does not know the currency exchange rate at that point in time.

She, however, agreed with Wan Aizuddin that as the dates tally with the account statement and SWIFT document, the sum could be the amount he was referring to.

"If this transaction went through and it was credited, [then] the dates tally," she said.

She also said she would not be the person to verify the SWIFT document, as it would fall within the purview of the bank's SWIFT department.

According to the letter seen by the media, there was an AmBank stamp at the bottom of the letter. The letter has yet to be tendered as evidence in court.

Earlier, Wan Aizuddin indicated that the RM2.03 billion that left Najib's account was a return of such donations from the Saudi royalty.

The claim that the money that went into Najib's account was donations has been repeated by the defence from the start of this trial — as well as throughout the SRC International Sdn Bhd case, for which Najib has been found guilty of all seven graft charges in relation to the former 1MDB unit's funds.

The banker also verified SWIFT documents which showed that another US$670 million (RM2.08 billion) from Tanore Finance Corp found its way into Najib's private AmBank account via nine tranches between March 22 and April 10, 2013.

"The information on this incoming money was relayed by the remittance division to me and Joanna Yu (AmBank relationship manager) to enable her to inform the client that there was incoming money flowing into Najib's account," he said.

Yap also said Yu had instructed him to execute the conversion of the funds from the greenback to the local note after having purportedly received Najib's approval.

"Subsequent to that, my department did the necessary by entering relevant data into a system called Murex, where conversion was done in accordance with the agreed rate as per contract," he said.

Yap's testimony is in relation to three of the four counts of abuse of power Najib faces, for which he is accused of using his positions as then prime minister, finance minister and chairman of 1MDB's board of advisers to receive gratification of RM60.63 million in 2011, RM90.9 million in 2012 and RM2.08 billion in 2013.