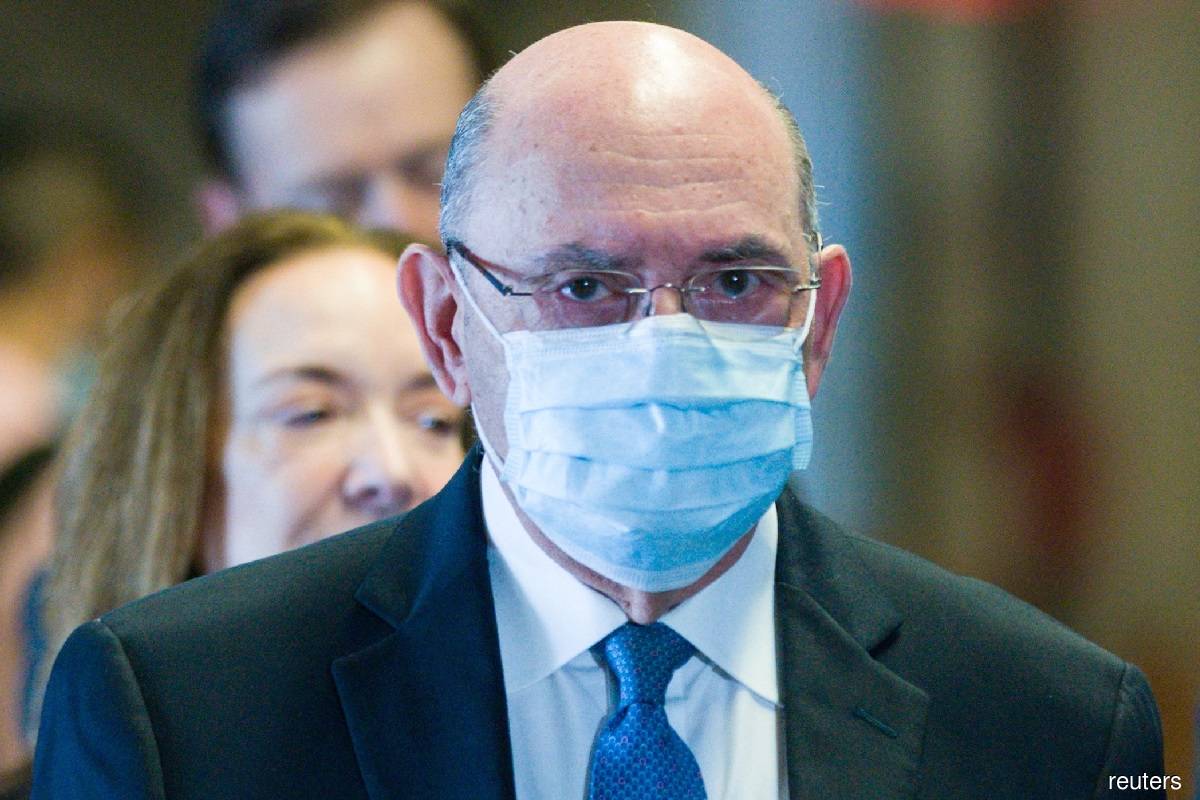 NEW YORK (Aug 18): A long-time senior executive at former US president Donald Trump's family business pleaded guilty on Thursday to conspiring with the company in a 15-year tax fraud.

Allen Weisselberg, the former chief financial officer at the Trump Organization, entered his plea in a New York state court in Manhattan before Justice Juan Merchan.

Weisselberg, 75, may be required to testify against the Trump Organization, which is also a defendant, at a criminal trial scheduled for October.

He is not expected to cooperate with Manhattan prosecutors in their larger probe into Trump himself, a person familiar with the matter said.

Trump has not been charged or accused of wrongdoing.

Despite Weisselberg's refusal to cooperate, his plea will likely strengthen prosecutors' case against Trump's company, which has pleaded not guilty.

The defendants were indicted in July 2021 on charges of scheming to defraud, tax fraud, and falsifying business records, where some executives were paid "off the books".

Prosecutors said Weisselberg concealed and avoided taxes on US$1.76 million of income including rent for a Manhattan apartment, lease payments for two Mercedes-Benz vehicles, and tuition for family members, with Trump signing the tuition cheques.

Weisselberg will likely be sentenced to five months in jail and get five years of probation.

The jail sentence would begin after the Trump Organization's trial concludes.

Weisselberg could be freed after about 100 days, another person familiar with the matter said.

That is far shorter than the many years in state prison he could have faced if, rather than plead guilty, he were convicted at trial.

The charges he faced include many of the charges the Trump Organization faces, as well as other charges including grand larceny.

Last Friday, Merchan denied defence motions to dismiss the indictment, rejecting arguments that the defendants had been "selectively prosecuted" and that Weisselberg was targeted because he would not turn on his long-time boss.

The Trump Organization manages golf clubs, hotels, and other real estate around the world. It could face fines and other penalties if convicted at trial.

Jury selection begins on Oct 24, 15 days before the Nov 8 midterm election, in which Trump's Republican Party hopes to recapture both houses of Congress from Democrats.

Trump has yet to say whether he plans another White House run in 2024.

Weisselberg has worked for Trump for about a half-century.

He gave up the CFO job after he and the Trump Organization were indicted, but remains on Trump's payroll as a senior adviser.

Two prosecutors who had been leading the investigation resigned in February, with one saying felony charges should be brought against Trump, but that Bragg indicated he had doubts.

Trump faces many other legal battles.

Last week, Federal Bureau of Investigation agents searched the former US president's home for classified and other documents from his time in office.