My Say: Fed tightening and the misery it means for Asia 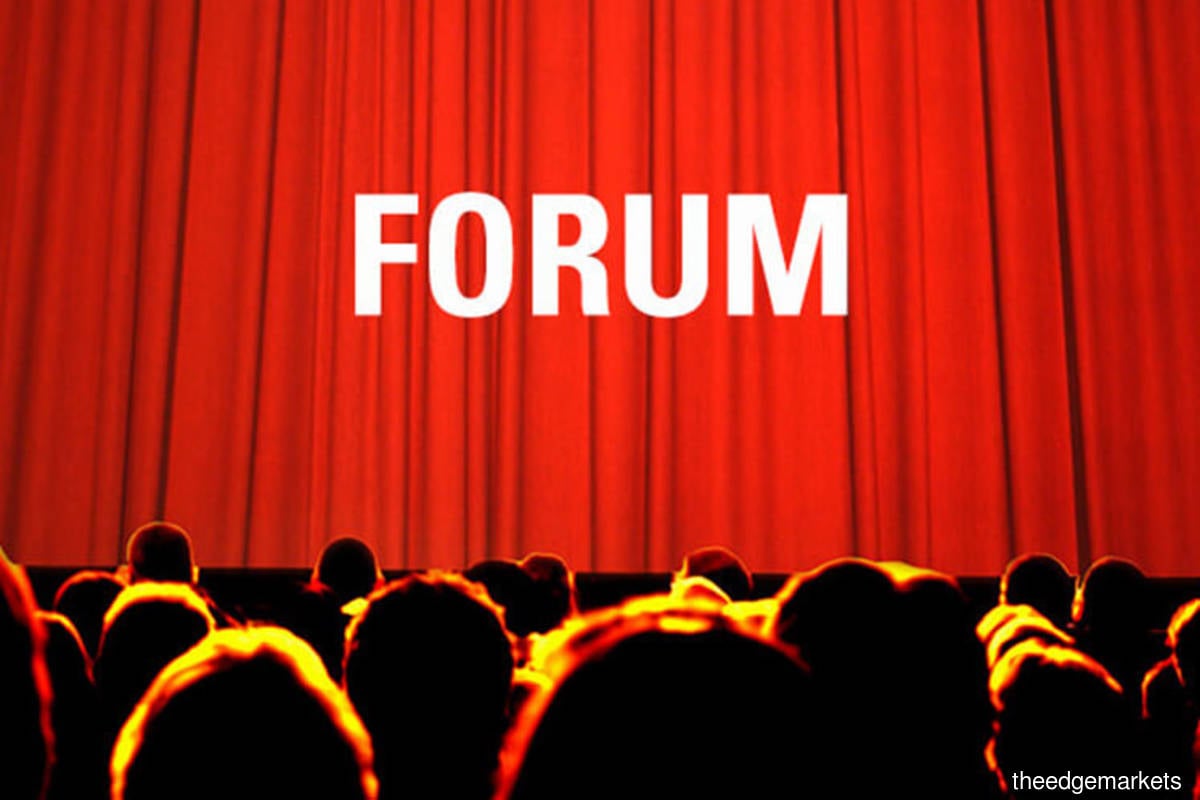 As this column is being penned, the US Federal Reserve Bank is preparing to announce its latest rate decision and financial markets are in a real tizzy about that. But to understand the full implications of all this for the Asian region, we need to go beyond the day-to-day volatility in markets and focus on the fundamental forces at work.

How far will the Fed go?

There are several reasons why we believe that inflationary pressures in the US will ease sooner and faster than the market expects.

First, as we move into 2023, the basic trend in oil prices will be to go lower — even though prices may be quite volatile. We see some increase in global oil production while demand growth will remain restrained. The resulting fall in gasoline prices will have a sizeable impact on inflationary expectations in the US, which the Fed monitors closely in making its policy decisions.

Second, the expansion of aggregate demand in the US will slow. Fiscal policy is likely to be contractionary after the huge surge in spending since 2021. Rising interest rates are already causing housing demand to weaken — that will ripple its way through the economy to restrain overall demand through the wealth effect and through the collateral effects of a slower housing market on housing-related services and mortgage activity. Rental prices may continue adding to inflation in the US for a while but, over time, the impact of a slowing housing sector will be dis-inflationary. As demand cools, we will also see the overhang of excessive inventories of goods depressing prices for non-durable goods such as apparel.

Third, the US dollar is super-strong. Its appreciation will bring down import prices and so temper the overall price levels.

Finally, the further America moves away from the dislocations of the Covid pandemic, the more likely it is that the one-off disruptions in the labour market and in supply chains that raised costs will reverse. High wage growth is feeding into inflation in the US as a result of tight supplies of labour. We think that as idle workers’ fear of catching Covid eases, and as the excess savings from the government’s pandemic support programmes dissipate, more workers will return to work. Also, we expect the US government to ease up on immigration restrictions, allowing foreign workers in to increase labour supply. All this will help to ease the current labour supply crunch and so cool wage pressures. At the same time, the log jams in supply chains that caused shortages are also becoming less prevalent and that will help reduce cost pressures. The significant correction in freight rates reflects this improvement in transport bottlenecks.

However, average inflation in the US will still be markedly higher post-crisis than the roughly average inflation of 1.6% in the 2009-2019 period before Covid hit the economy. Many factors that suppressed inflation for a long time in the US will no longer be operating. Domestically, labour is regaining some of the power it lost: weaker unions could not stop big businesses from creaming off most of the gains in productivity and suppressing wage growth for decades. Now, there will be a catch-up in wages as a result, though we expect this to be gradual and restrained. In addition, there will no longer be the downward pressure on costs as more production shifted to China. In fact, this will reverse as government policies spur some degree of re-shoring of production. The American government’s push for more domestic production for national security reasons will mean more inefficiency and so higher unit costs of production.

So, what is the bottom line for Fed policy and the US dollar?

The Fed will keep raising rates aggressively in the near term. We see the Fed Funds Rate, the main policy tool of the American central bank, peaking at around 4.5% in early 2023, with little chance of rates being cut from that level. Our suspicion is that the painful uptick in inflation has caused a significant shift in thinking among policymakers: The Fed realises now that it had gone too far with its unorthodox policies such as keeping rates at zero for too long and taking too much time to reverse its aggressive quantitative easing. As a result, it lost control of inflation and its credibility with financial markets was eroded. That credibility must now be rebuilt and the price of that is higher rates for a longer period.

What about the US dollar? Right now, it seems to everyone that there is no end to dollar strength. But history teaches us that currency fortunes can change dramatically. And so it will be with the US dollar.

Some number crunchers tell us that the American currency is probably around 10% or more above its fair value. However, the factors that created this over-valuation are likely to reverse in 2023. US monetary policy has been more hawkish than elsewhere — but as we move into mid-2023, the Fed is likely to pause its rate hikes while others will still be gradually raising rates. Right now, the US economy is holding up rather well in the face of the energy price shock and the geopolitical turbulence — unlike Europe, whose wilting economy has floored the euro. Moreover, as global savings sought a safe haven in US dollar assets, other currencies also faltered. But, once the northern winter is over, Europe would have got over the worst of its energy shock and its economy would finally be looking up. Geopolitical risks are much harder to forecast but Ukraine’s recent military successes give hope that 2023 will see diminishing worries about how the Ukraine crisis will hurt Europe.

Once interest rate differentials, the gap in economic performance and safe haven flows are no longer as supportive of the US dollar as now, financial markets’ perceptions will likely shift to focus more on potential weaknesses in the dollar’s fundamentals. After all, America’s current account deficit is approaching a record level and there are more efforts by China and others to diversify away from the US dollar. We think the dollar will peak in coming months and 2023 could see the dollar weakening against major currencies as well as against most Asian currencies.

What does all this mean for Asia?

The immediate implication for regional economies is in monetary policy. Central banks in the region did not move as fast as the Fed or other developed economy central banks in raising rates. Now they will have to play catch-up.

The rise in inflation in Asia lagged that in the US and Europe, but this was mainly due to subsidies and price controls and the fact that recovery in Asia had lagged that in the developed world as pandemic restrictions on economic activity lasted longer in Asia. Now, their economies are being opened up, allowing demand to recover — which could raise inflation risks. Moreover, governments are realising that subsidies and price controls cannot be sustained for too long. For instance, there is a cost to the government’s budget. This is why, for example, Indonesia has now raised fuel prices. Inflation in Indonesia is heading higher, probably exceeding 6% soon. Similarly, we are likely to see higher inflation in coming months elsewhere in Asia. Consequently, Bank Indonesia which had avoided tighter policy for a long time, is now raising rates and others will follow as well.

In addition, there are growing concerns over currencies in the region. The US dollar is at its strongest level in 20 years. Asian currencies have depreciated against the rampant US dollar but still remain at risk. Over the coming months, we would not be surprised to see more emerging market countries go into crisis. Sri Lanka’s economy has already collapsed, but the pressures are intensifying on other emerging economies, with the media pointing to Pakistan, Laos and Ghana, for example. As global investors look warily at where the next emerging market shock might come from, the region’s central banks must ensure that their policies are seen as rigorous so as to maintain investor confidence. Even Asian emerging economies that escape such financial distress could still face difficulties since tighter money in the world economy will lead to slower demand for their exports and so suffer slower economic growth.

Thus, we will see regional monetary policymakers raising rates more aggressively in coming months. They will aim not only at containing inflationary pressures but will also try to keep their inflation rates in line with or lower than the inflation rates of their trading partners. They know that, in the longer term, this is the only way to maintain confidence in central banks and in their currencies.

Over the medium to longer term, there could be other far-reaching implications for the global economy and the region. With central banks forsaking the ultra-loose monetary conditions that prevailed from 2008 until recently, asset pricing behaviour must change. In the past decade and more of easy money, there was a certain carelessness in asset pricing. The search for yield in a ­zero-rate environment and the assumption that central banks would tend to loosen monetary policy to support financial markets contributed to a greater willingness to take risks in investment and encouraged more speculation. Even in less speculative areas, low bond yields supported higher valuations, such as in real estate.

The decisive increase in policy interest rates and in bond yields across the world must change all this. In the near term, less money will be forthcoming for many start-ups and companies with potentially interesting concepts but insufficient cash flows. Thus, we will see a shakeout in these areas, some of which could be painful.

Real estate is another area to watch. Of course, one cannot forget the dictum that property prices are all about “location, location and location”. Local factors may well keep prices in some areas high for a while but this may not be enough to sustain the high prices that we see in many global cities, including Singapore. This is especially so now that there is a growing political and policy backlash to a situation where too many people are unable to secure affordable rental property or to own property.

The Fed will continue tightening monetary conditions, creating challenges for Asian economies, asset prices and currencies in the next few months. But the turning point is approaching when the Fed’s tightening reaches its peak, after which the pressures on emerging economies in Asia should ease. However, there will still be risks in this region as asset valuations adjust to a new era of higher interest rates and tighter money.

Manu Bhaskaran is the CEO of Centennial Asia Advisors