Najib calm, collected as he faces 1MDB-Tanore trial as a convict 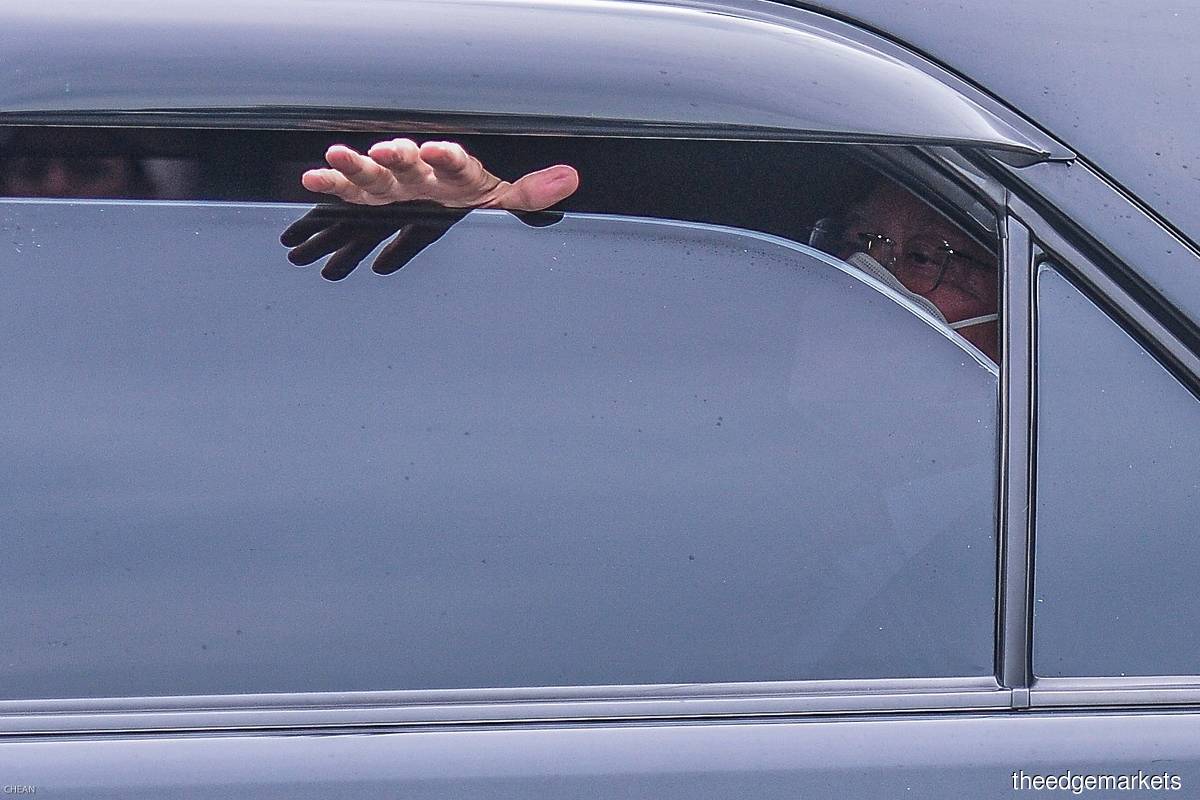 Najib, in a black vehicle, managed to give his supporters a small wave from a heavily-tinted window that was partly wound down. (Photos by Zahid Izzani Mohd Said/The Edge) The hearing, before judge Datuk Colin Lawrence Sequerah, also allowed Najib to reunite with his family for the first time since his imprisonment started, according to his special officer Ahmad Lutfi Azhar, who spoke to reporters outside the Kuala Lumpur Courts Complex during the trial. Stacks of documents for Najib’s 1MDB-Tanore trial at the Kuala Lumpur High Court. He has several ongoing and future trials related to the now-defunct state fund.

Present in court to show their support for him were his wife Datin Seri Rosmah Mansor, his daughter Nooryana Najwa, and his son Norashman. Rosmah was present in court to show her support for Najib. Najib's daughter Nooryana Najwa was present in court to show her support for him.

After the day's proceedings concluded at around 4.30pm, Najib left the courthouse under heavy escort back to Kajang Prison, where he is serving his jail term.

A group of about 20 supporters waiting outside the courthouse chanted 'Bosku!' when they saw the convoy of vehicles transporting him. Najib, in a black vehicle, managed to give them a small wave from a heavily-tinted window that was partly wound down.

Najib is expected to be at the courthouse again on Friday for another 1MDB-linked trial — this one for allegedly tampering with the audit of the wealth fund. The case will be heard before High Court judge Mohamed Zaini Mazlan.