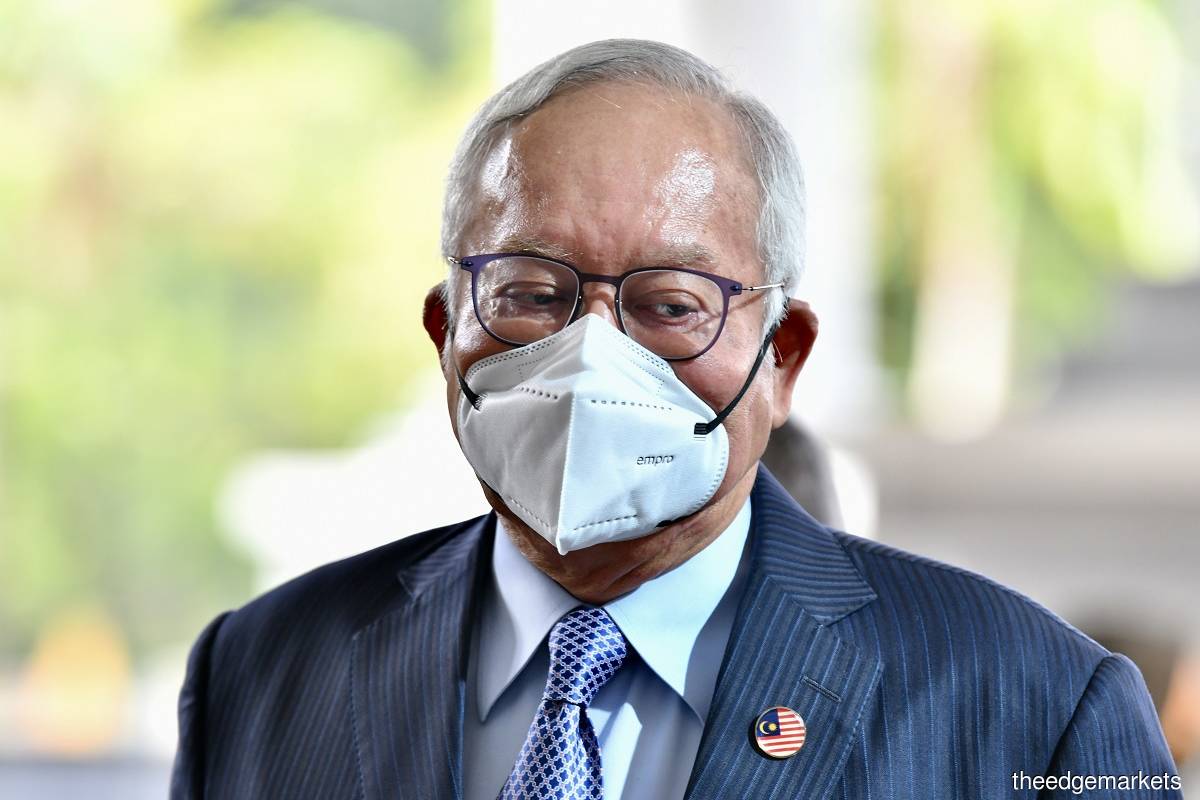 The motion was filed by the legal firm headed by senior lawyer Tan Sri Muhammad Shafee Abdullah, who appears to have been appointed back to handle the review after being dropped as Najib's lead counsel in his appeal hearing at the apex court.

In the application, Najib is seeking a review of the Aug 16 decision by the Federal Court to reject his application to adduce further evidence concerning the trial judge in the SRC case, Datuk Mohd Nazlan Mohd Ghazali.

The Pekan Member of Parliament is also seeking a review of the court's decision on Aug 23 to affirm his conviction and sentence. He is seeking a panel of seven judges in a bid to overturn the decision.

However, before a review can be heard, Najib will have to first gain leave from the Federal Court for the motion to have the review heard on its full merits.

A review can be heard under Rule 137 of the Federal Court Rules where the court could use its inherent jurisdiction to hear any application or to make any order as may be necessary to prevent injustice or to prevent an abuse of the court process.

However, it is to be noted that it is extremely rare that the apex court grants leave for a review as the threshold is high where the applicant will have to show that injustice has been done.

Claims made by Najib

The former premier wants a review as he claimed that Tengku Maimun was conflicted when she openly defended Nazlan by making statements in the media even before the hearing of the judge's disqualification application. This, Najib claimed, amounted to a predetermination and a clear ground for conflict of interest.

Najib also said that his main appeal to set aside the conviction and sentence was disposed of in spite of the fact that his counsel, Hisyam Teh Poh Teik, did not submit at all due to his state of unpreparedness.

"Instead of allowing my counsel a reasonable adjournment in order to achieve substantive justice, the CJ (Chief Justice) ordered the full appeal to be argued where only the prosecution submitted. It was virtually a proceeding held in ex parte mode," the former premier said.

Najib further said the apex court failed totally to invite either party, especially from his side, to submit on matters of the sentencing when the law demands a distinct and separate hearing for the same upon the Federal Court dismissing his appeal against the conviction.

Najib, 69, was found guilty of abuse of power in relation to a RM4 billion loan given by Retirement Fund (Inc) (KWAP) to SRC between August 2011 and March 2012.

He was also convicted of criminal breach of trust and money laundering involving RM42 million of SRC funds between Dec 26, 2014 and Feb 10, 2015.

For this, Najib was sentenced to 12 years' jail and fined RM210 million by the High Court, with the jail sentence and fine being upheld by the Court of Appeal on Dec 8 last year, and further affirmed by the Federal Court on Aug 23.

With this, Najib became Malaysia's highest ranked politician to be convicted and sentenced. He is also facing four ongoing trials in relation to SRC's former parent company, 1Malaysia Development Bhd.

The filing of the review motion comes after Najib filed a motion seeking for pardon from the Yang di-Pertuan Agong with regard to the offences he was convicted of. With the motion for pardon filed, he remains as the MP for Pekan until Parliament is dissolved.