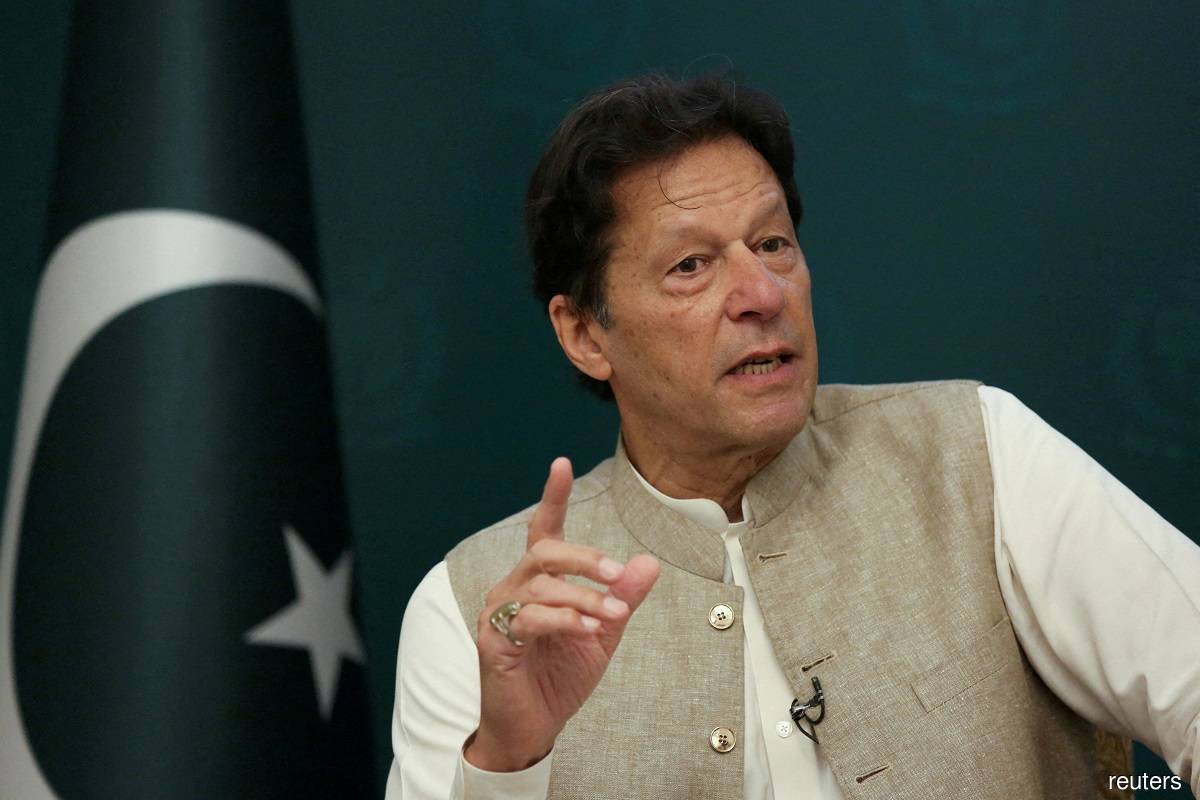 ISLAMABAD (Sept 8): Pakistan's former premier Imran Khan is set to be tried for contempt after a court rejected his "deep regrets" over comments he made against a female judge, putting at risk his eligibility to run for office if convicted.

A five-judge panel headed by Chief Justice Athar Minallah on Thursday unanimously expressed its dissatisfaction over Khan's response and ordered the framing of contempt charges in the next hearing to be held after two weeks, Attorney General Ashtar Ausaf said by phone.

"The court expressed anguish over his reply," Ausaf said. "He will now face a trial."

On Wednesday, Khan told the court in writing that his remarks against the judge who denied bail to his aide in a sedition case were unintentional. The former cricket star, however, held back from offering an unconditional apology.

The court started considering contempt-of-court proceedings against Khan last month after he made angry remarks against some police officials and a female judge at a public rally.

The court's order will add to the former prime minister's considerable legal troubles. If convicted for contempt, he could face a maximum punishment of six months in prison. However, most politicians in the past have served just a token amount of time. Any criminal conviction will also bar Khan from contesting elections to federal parliament for five years.

Police in the national capital Islamabad have filed a separate complaint stemming from the same speech, seeking action against Khan under the country's anti-terror laws.

His party is also appealing the election commission's ruling that it took illegal foreign funding.

Since his ouster from office through a no-confidence vote in April, Khan has held massive public gatherings demanding that the government of Shehbaz Sharif dissolve Parliament and hold fresh polls. At packed rallies, he has lashed out, not just at his rivals but also the judiciary and military.

The government is also looking at ways it can ban Khan's party, Pakistan Tehreek-e-Insaf, from election that must be held by late next year. Khan's top aide Shahbaz Gill has been arrested on charges of sedition for televised comments urging army troops not to accept any illegal order from the top military leadership.