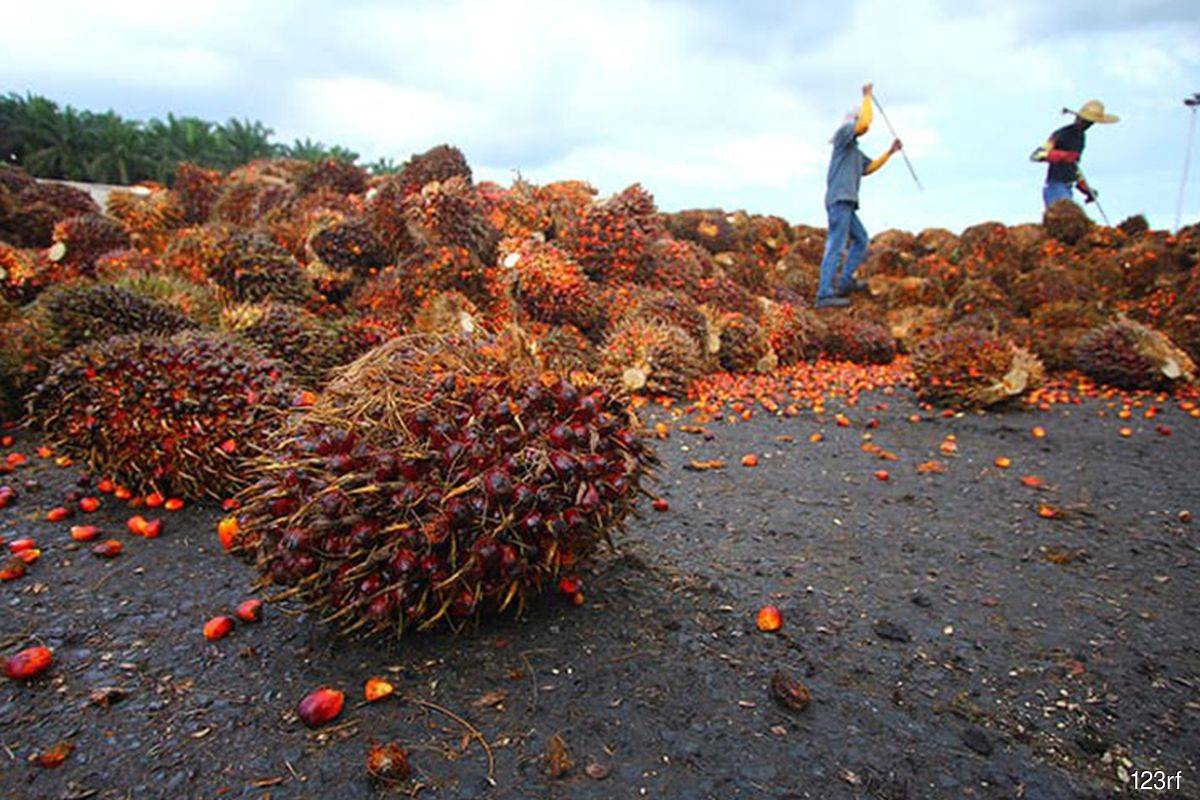 JAKARTA (Sept 26): Malaysian palm oil futures fell nearly 7% on Monday (Sept 26), tracking weakness in rival edible oils amid recession fears, and after a leading analyst warned prices would plunge by more than 30% by the end of this year due to ample supply and weaker demand.

The benchmark palm oil contract for December delivery on the Bursa Malaysia Derivatives Exchange dropped 6.85% to trade at RM3,480 a tonne in early session, down for a third straight session.

Indonesia's palm oil exports are set to jump in the second half of the year after the scrapping of export levies, but the annual total will still be lower than last year's 33.7 million tonnes due to earlier restrictions, the Indonesian Palm Oil Association said.

Malaysian palm oil prices will plunge to RM2,500 a tonne by the end of December, weighed down by improving production, demand destruction and a slowdown in major economies, leading analyst Dorab Mistry said on Friday.

Dalian's most-active soyoil contract fell 3.28%, while its palm oil contract dropped 4.7%. Soyoil prices on the Chicago Board of Trade were down 0.99%.

Palm oil is affected by price movements in related oils as they compete for a share in the global vegetable oils market.

Oil prices rose modestly in early trade after sliding to eight-month lows last week, weighed down by a surging US dollar and fears sharp interest rate hikes globally would spark a recession and hit fuel demand.

Sterling slumped to a record low, prompting speculation of an emergency response from the Bank of England, as confidence evaporated in Britain's plan to borrow its way out of trouble, with spooked investors piling in to US dollars.