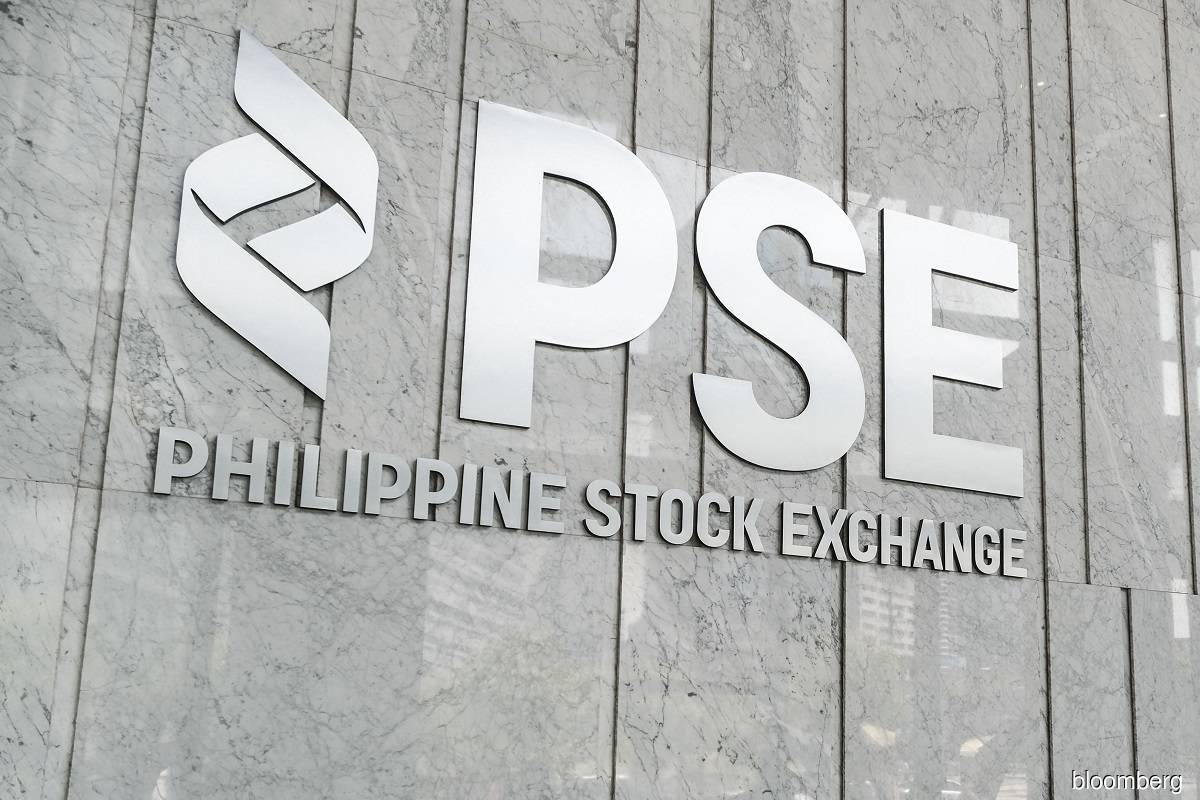 MANILA (Sept 27): Philippine stocks tumbled to a two-year low as foreigners dumped equities, with the peso weakening to a record low against the dollar, driving inflation concerns.

The Philippine Stock Exchange Index slumped 3.8% to close at 6,020.07, its lowest level since October 2020. The gauge dropped nearly 5% earlier, bringing its decline from a February peak to more than 20% intraday. The market was closed due to a typhoon on Monday, as global stocks sank on worry over the impact of US Federal Reserve's (Fed) tightening. The dollar's strengthening on hawkish Fed policy has sunk the peso, raising concerns on soaring prices for imported goods and countermeasures by the central bank.

The Philippine currency's "downbeat near-term outlook" could lead to a "potential off-cycle rate hike for the Bangko Sentral or much higher rate hikes — more than 50 bps (basis points) — toward the end of the year", said Carlos Temporal, an analyst at AP Securities Inc.

The weaker peso is also likely to drive an outflow of foreign funds, adding further selling pressure on Philippine stocks, Temporal said. Overseas investors withdrew about US$194 million (RM894.51 million) from equities on Tuesday, the most since March 2021 and bringing this year's outflow to US$1.19 billion.

"The sell-off was compounded by the perception the recent typhoon will further aggravate inflation because rice crops were destroyed," said Manny Cruz, a strategist at Papa Securities Corp. "The strength of the dollar was a big reason for the sell-off, and expectations the EU will enter a recession added to risk-off sentiment."

Continued peso depreciation toward 63 per greenback would erode Philippine corporate earnings in dollar terms and sink equities even further, Temporal said. The peso slid as low as 58.995 to the dollar on Tuesday.