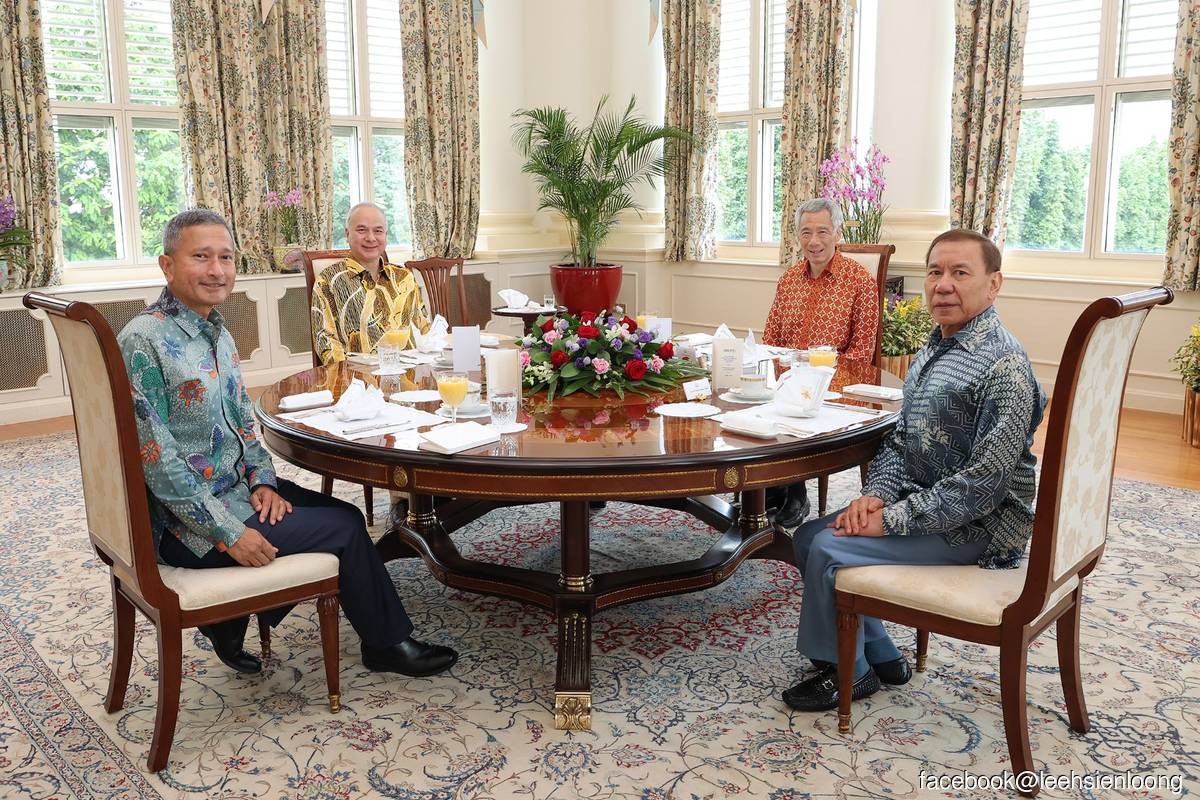 (From left) Vivian, Sultan Nazrin Shah, Lee and Mohd Annuar. Lee appended his posting on Facebook with the photo.

SINGAPORE (June 23): Singapore Prime Minister Lee Hsien Loong said that he looks forward to building stronger ties between the republic and Malaysia, including the state of Perak.

He said this in his latest Facebook update on his meeting with Malaysia’s Deputy Yang di-Pertuan Agong and Sultan of Perak Sultan Nazrin Shah.

Sultan Nazrin Shah is currently on a four-day visit here beginning from Tuesday (June 21) at the invitation of Lee.

“Glad we could meet face-to-face again now that borders have reopened. We discussed regional developments and areas where Singapore and Perak can strengthen cooperation,” Lee wrote.

He appended his posting with a photo of him and Sultan Nazrin Shah.

Joining them in the meeting were president of the Islamic Religious and Malay Customs Council of Perak Tan Sri Mohd Annuar Zaini and the republic’s Foreign Minister Dr Vivian Balakrishnan.

“His Royal Highness will also receive a briefing on the Singapore Green Plan 2030,” said the ministry in a statement on Tuesday.