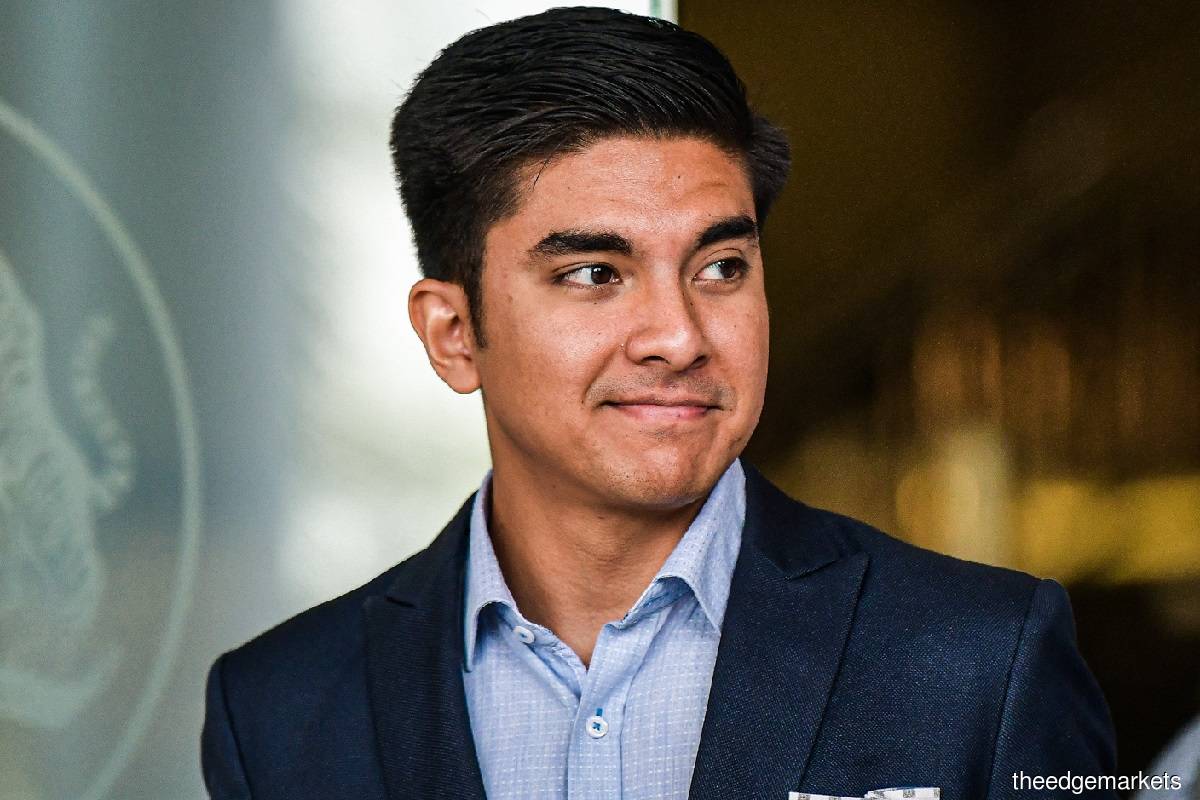 Judicial Commissioner Datuk Azhar Abdul Hamid then fixed Oct 6 and 7 for oral submissions at the end of the prosecution's case.

Deputy public prosecutor Datuk Wan Shaharuddin Wan Ladin informed the court that the prosecution is also offering 13 people as witnesses for the defence, should the court decide to call the Malaysian United Democratic Alliance (MUDA) president to enter his defence.

Mohd Shameizy, in response to questions from Gobind, said he did not record a statement from former prime minister Tan Sri Muhyiddin Yassin after Syed Saddiq alleged that the charges against him were a form of political persecution, when he was leading the Parti Pribumi Bersatu Malaysia's youth wing (Armada), to get him to support the Perikatan Nasional leadership.

The witness also agreed that he did not record any statement from a person called Ehsan.

Gobind: Do you know there is a political plan against the accused (Syed Saddiq) in this case?

Gobind: The other person involved in this political plan is Muhyiddin?

Gobind: Do you know that Syed Saddiq in his defence said all these are part of Muhyiddin's plan?

Gobind: You did not record any statement from Muhyiddin?

Gobind: So you are not interested to know in your investigations regarding this political plan?

Gobind: You do not dare to investigate into the political conspiracy allegations against Syed Saddiq.

Mohd Shameizy: That is not true.

The witness also said that he knew there was a break-in at Syed Saddiq's home but did not investigate it.

During re-examination by the prosecution, Mohd Shameizy said he did not record any statement from Ehsan as he had nothing to do with the withdrawal.

The witness further told the court that he did not record any statement from Muhyiddin, who is also Bersatu president, as the then prime minister was not involved in the withdrawal of RM1 million of Armada funds from Bersatu.

Syed Saddiq is charged with abetting with former Armada assistant treasurer Rafiq Hakim Razali with CBT of the RM1 million that was withdrawn from the party account.

For CBT under Section 406 of the Penal Code, the Muar Member of Parliament could be jailed for up to 10 years, whipped and fined, if convicted.

He also faces a charge under Section 403 of the Penal Code for misusing RM120,000 in party contributions, raised through a Maybank Islamic Bhd account belonging to Armada Bumi Bersatu Enterprise in April 2018. For this charge, he could be jailed up to five years, whipped and fined, if convicted.

Syed Saddiq also faces two charges of engaging in money laundering activities involving two transactions of RM50,000 each — money believed to be proceeds from unlawful activities — via his Maybank Islamic account and his Amanah Saham Bumiputera account on June 16 and 19, 2018.

These two charges are framed under Section 4(1)(b) of the Anti-Money Laundering, Anti-Terrorism Financing and Proceeds of Unlawful Activities Act 2001, punishable under Section 4(1) of the same Act with a maximum jail term of 15 years, and a fine of not less than five times the amount involved.

Rafiq is the star witness of the trial, and Syed Saddiq's defence had tried to impeach him twice but failed.