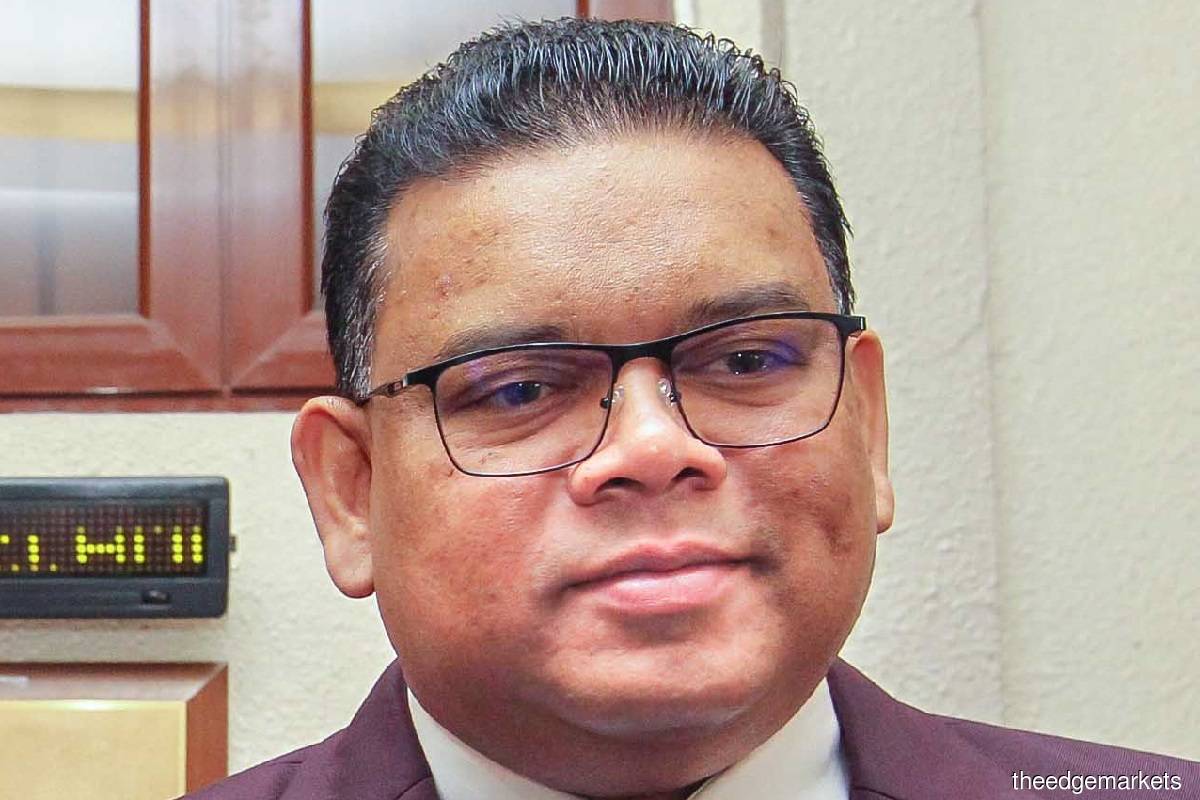 PUTRAJAYA (Sept 29): The prosecution on Thursday (Sept 29) asked the Court of Appeal to extend the one-month jail sentence imposed on former Umno Supreme Council member Datuk Lokman Noor Adam to three months, as he had intimidated a witness of the 1Malaysia Development Bhd (1MDB)-Tanore trial.

Deputy public prosecutor Datuk Mohd Dusuki Mokhtar said Lokman's actions, in lodging a police report against Datuk Amhari Efendi Nazaruddin as well as making a video about him, disrupted the administration of justice, as Lokman intended to intimidate the witness and other potential witnesses of the ongoing trial.

Hence, Dusuki, who is deputy head of the appellate and trial division in the Attorney General's Chambers, said the one-month jail sentence accorded is not enough to send a strong message with regard to public interest.

The prosecution in the cross-appeal is seeking a three-month jail sentence to send the right message to those who committed contempt of court.

"The one-month jail sentence is insufficient and would not send the right message in the administration of justice," Dusuki said, citing several local and foreign cases on contempt punishments.

He was submitting in the prosecution's cross-appeal to enhance the jail sentence on Lokman while the former Umno Supreme Council member is seeking to set aside his conviction and sentence at the Court of Appeal.

Dusuki also cited the case of the Attorney General vs Butterworth and others at the UK Court of Appeal, which was also accepted by the High Court in convicting Lokman of contempt.

In delivering the Attorney General vs Butterworth and others decision, the UK court said there could be no greater contempt than to intimidate a witness before he gives his evidence or to victimise him afterwards for having given it.

"How can we expect a witness to give his evidence freely and frankly, as he ought to do, if he is liable, as soon as the case is over, to be punished for it by those who dislike the evidence he has given?" stated the judgement.

The three-member Court of Appeal bench, led by Datuk Seri Kamaludin Md Said, reserved its judgement on Lokman's appeal and cross-appeal by the prosecution and fixed Oct 3 for case management, for both the prosecution and Lokman's counsel Tan Sri Muhammad Shafee Abdullah to possibly fix a date for decision.

The other judges on the bench were Datuk Che Mohd Ruzima Ghazali and Datuk Nordin Hassan.

Lokman had lodged a police report after Amhari, a former aide of ex-prime minister Datuk Seri Najib Razak, finished testifying in the trial on Sept 25, 2019, and made a video deemed as threatening the witness. This led the prosecution of the 1MDB-Tanore trial to file contempt of court proceedings against the politician.

1MDB-Tanore trial judge Datuk Collin Lawrence Sequerah found Lokman guilty of contempt of court on July 15, 2021 and sentenced him to one month's jail.

Lokman initially appealed to the Court of Appeal and the Federal Court over the High Court's decision to grant permission to initiate contempt proceedings as his lawyer argued there were no particulars issued by the prosecution so that the politician could better answer the allegation.

Chief Justice Tun Tengku Maimun Tuan Mat, in dismissing Lokman's appeal against the court's decision to grant leave, ruled that there were sufficient grounds that Lokman needed to answer and defend himself.

"There is no prejudice to the appellant, Lokman. There is no reason for us to disturb the findings of the court below. Hence, the appeal is dismissed," said Tengku Maimun in proceedings conducted online.

Shafee in his submissions before the Court of Appeal on Thursday said that the High Court was wrong in finding Lokman guilty of contempt as his client was merely reiterating the police report which he had lodged earlier in the video.

A police report, Shafee said, is a privileged document that can be disclosed and that was what transpired in the video.

"Furthermore, the report and video were made after Amhari had testified. We felt the High Court was wrong in law to find our client guilty of contempt based on the police report and video," he added.

When asked by the bench as to what sort of sentence would be appropriate, Shafee said a jail sentence is not warranted and wanted the court to consider a fine of less than RM2,000.

"This follows the possibility that Lokman wants to stand in as a candidate in the upcoming election. Hence, a fine of less than RM2,000 should be given," he said.

Besides this contempt, Sequerah also found Lokman guilty of contempt last month for insulting an officer of the court (a policeman) and for saying that the legal system was not fair. Following his unreserved apology, he was let off with a warning by the court.