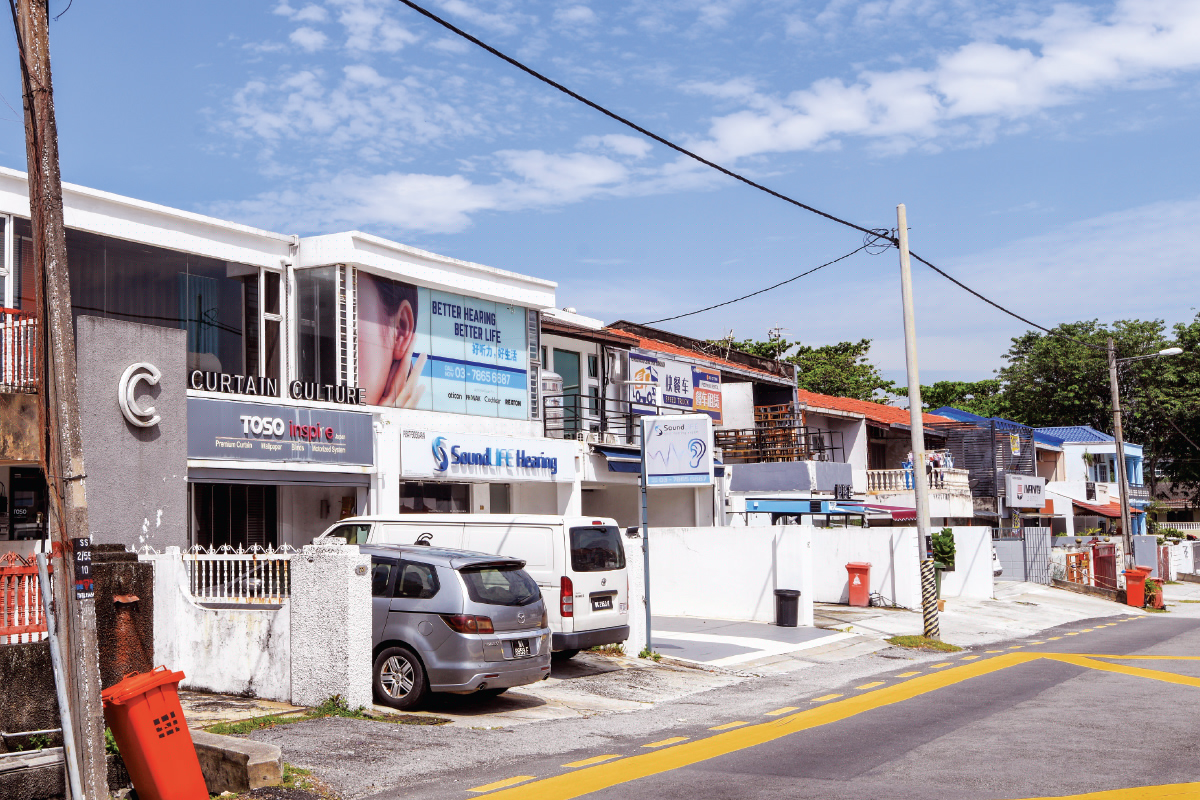 Petaling Jaya’s SS2 is an established neighbourhood that is easily accessible via a road network that includes the LDP (Damansara-Puchong Expressway), Sprint Expressway and Jalan Harapan.

Known mostly for its main commercial hub — bordered by Jalan SS2/55, SS2/24, SS2/75 and SS2/66 — SS2 was developed in the 1970s by SEA Housing Corp Sdn Bhd and mainly offers 2-storey terraced houses and some condominiums.

Metro Homes Realty Bhd executive director See Kok Loong says that the rental market in SS2 remains stable for landed properties in general, as the majority of these are owner-occupied and in limited supply. However, he notes that properties that face the main roads (namely Jalan SS2/66, SS2/75, SS2/24 and SS2/55) are no longer conducive for residential purposes. Several have been converted into commercial or limited commercial use. “Due to the slow economy in 2018 and 2019, coupled with the Covid-19 pandemic, many of these units have fallen vacant.”

In better times, these residential-turned-commercial units along the main roads were popular as rental properties, he adds. “Besides Jalan Ipoh [in Kuala Lumpur, which is noted for its wedding boutiques], SS2 is also known for its [bridal houses].”

As for high-rise property rentals in SS2, See says that the market has been improving as younger families prefer the security and facilities that such properties offer. However, he notes that SS2 only has a few high-rises; and these are nearer to Seksyen 19, including  Casa Damansara, Ken Damansara, Ken II Damansara, Ken III Damansara, Five Stones, Ameera Residences and Jasmine Tower. “In general, SS2 is a mature market that is mainly owner-occupied, and its rental market is less active due to the lack of high-rise, high-density developments,” he says.

In terms of yield, the average for landed residential property in SS2 is 3% to 3.3%, See says.

Subsequently, Ameera Residences and Five Stones by Selangor Dredging Bhd were added into the market in 2009 and 2012, respectively. As for tenant profiles, See observes: “The neighbourhood is home to predominantly Chinese families. Tenants in the area comprise those whose parents live in landed houses nearby, and have [moved out to start their own family].”

He adds that besides Section 17, SS2 also caters to tenants studying in universities nearby such as Universiti Malaya. SS2’s huge appeal lies in the amenities available, from banks and food and beverage outlets to a wet market and Chinese vernacular schools.

“Accessibility is also one of the main draws as the area is just one turning away from the LDP that connects you to other areas,” he points out.

See foresees the rental market in SS2 to be stable in the medium term, with no major changes. “The houses are getting old, and the area lacks lifestyle elements to attract the younger generation. “In the long term, we hope some of the parcels within the SS2 commercial area, such as those currently rented out to durian stall operators, will be redeveloped to inject more excitement into the market,” he says, highlighting redevelopment of the former SStwo Mall as one such example.

SStwo Mall was permanently closed in March 2015 after operating for only 4.5 years. It was reported that new owner, DK Group of Companies, planned to transform the mall into a healthcare centre, with Life­Care Diagnostic Medical Centre as the new tenant.

See is optimistic of such a transformation. “We already have an oversupply of shopping malls within Damansara, namely 1 Utama, The Starling and Atria Shopping Gallery. With the ageing population in Damansara, additional healthcare centres would offer residents more options.”

Shophouses in SS2, especially those within the main commercial centre, enjoy good demand.

“You hardly see shops stay empty for long because demand is always there. For businesses that target the Chinese market segment in the Damansara area, SS2 is one of the [hot spots] besides Uptown and Damansara Kim. “The rental market here always performs well as it is one of the best in Damansara due to the tenant mix and conveniences offered, the wide roads and [five-foot ways] in front of the shops, plus ample roadside parking even though it is usually not enough,” he adds.

“For example, some are favoured for banking services, others for the durian stalls and eateries. Shoppers usually consist of those who live in the Damansara area and are thus familiar with the streets and what to look for.”