Court
From The Edge 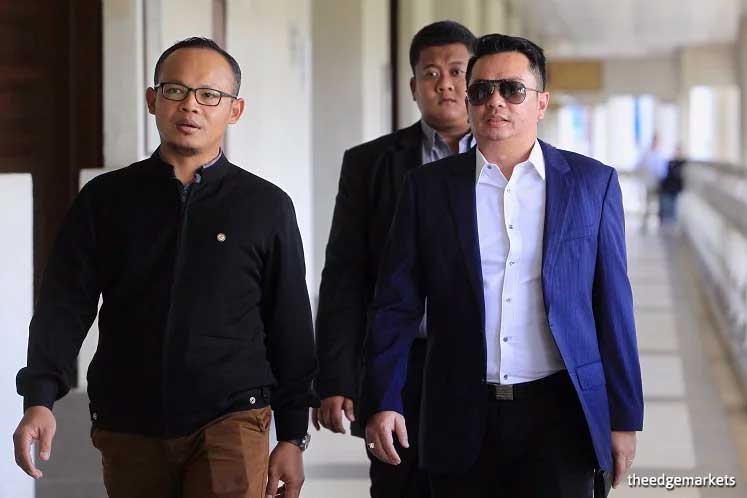 This was revealed by the prosecution in Rosmah’s solar graft trial during the testimony of another witness, Datuk Ahmed Farriq Zainul Abidin.

Ahmed Farriq was asked to identify Rizal in person, following which the latter was brought out in court.

However instead of appearing through a door at the back of the court where witnesses normally enter, Rizal came through a front door which is typically reserved for court staff and is far away from the accused dock and public gallery.

Rosmah’s lawyer Datuk Jagjit Singh raised the matter to High Court Judge Mohamed Zaini Mazlan, saying it does not give a good impression.

Deputy Public Prosecutor Ahmad Akram Gharib said he did not know how this happened but revealed to the court that Rizal is under the witness protection and was escorted by a police officer, which may explain why he came through a different door.

“I will make sure this doesn’t happen again,” Ahmad Akram told the judge.

It ensures that witnesses are able to properly testify, without being fearful of the accused or any party.

Rizal was a former special officer to former prime minister Datuk Seri Najib Razak and also a special aide to his wife, Rosmah.

He was initially jointly charged with Rosmah in the corruption case; however, the prosecution withdrew their charges against him in January, adding that he could be called back as a prosecution witness.

Rizal was previously slapped with four charges of seeking and receiving bribes for himself and Rosmah amounting to RM5.5 million involving in a project to instal a solar energy system for rural schools in Sarawak.

Rizal was charged under Section 16(a)(A) of the Malaysian Anti-Corruption Commission Act 2009.

Meanwhile, Rosmah has been charged with two counts of soliciting RM187.5 million and receiving RM1.5 million over the same project.