Singapore pops a potent anti-viral. Is it enough? 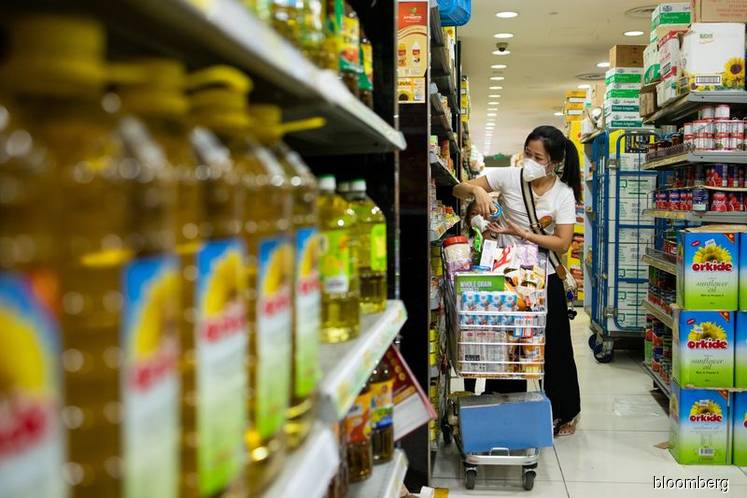 (Feb 19): Five years ago, when Singapore last aimed for a budget shortfall anywhere near as large as the one announced Tuesday, it was mainly because the city-state wanted to press on with the airport’s fifth terminal — one that will only be ready in the 2030s. The goal of the stimulus this time around is not to improve a distant future, but to ward off a present danger.

The overall deficit will be  S$10.9 billion ($7.8 billion), Finance Minister Heng Swee Keat said in his budget speech, a sharp jump from S$1.7 billion last year. At 2.1% of gross domestic product, it’s a bold number for a fiscally prudent government that even during the 2009 global financial crisis was barely S$800 million in the red. (It had planned for an S$8.7 billion shortfall, but the economy improved.)

By opening the public wallet wide, policymakers are signaling that they’re taking the economic consequences of the coronavirus at least as seriously as those emanating from a global financial contagion.

For businesses, Singapore is setting aside S$4 billion, a much bigger reprisal of the S$230 million relief measures announced during the 2003 epidemic of Severe Acute Respiratory Syndrome, or SARS. The planned measures include property-tax rebates, rental discounts and cheaper credit for tourism, aviation, retail, hospitality, food and taxi services -- industries that are already bleeding. To others, Heng offered a corporate-tax concession as well as government-supported wages and salary increases for lower-paid employees.

The generous package, supplemented by a S$800 million boost to the aging country’s steadily growing health budget as well as S$1.6 billion of “care and support” cash directly for households, will also set the tone for rival Asian financial center Hong Kong’s annual budget due later this month.

Given its stronger tourism and supply-chain links to China, the center of the outbreak, Hong Kong will be expected to do more. An economic vulnerability scorecard drawn up by Nomura Research shows the territory to be the most exposed to the coronavirus outside of the mainland. Thailand and Singapore lie in close competition for the unenviable No. 2 position. And yet, Hong Kong doesn’t have Singapore’s fiscal firepower, which has been augmented over the years by bolstering the budget with part of the expected long-term returns of the sovereign wealth fund, GIC Pte, and the state investment firm, Temasek Holdings Pte.

Whether Singapore manages to hit its deficit target remains an open question. The 2015 gap narrowed to S$4 billion after initially being estimated at S$6.7 billion. Strip out the total S$4.5 billion investment in the airport and productivity that year, and the budget basically balanced.

This time, the deficit is bloated by S$6 billion earmarked for a fund that will help Singaporeans absorb a higher cost of living when the 7% goods and services tax rises to 9%. It’s supposed to occur sometime between 2021 and 2025, though Heng ruled out a GST increase next year, learning a lesson perhaps from Japan’s mistimed consumption-tax increase last quarter, a self-induced mistake, as my colleague Daniel Moss describes it.

Still, sparing people future pain may be as crucial as offering a palliative. This was expected to be the last budget before the ruling People’s Action Party next faces elections. Polls are due by April 2021 but are very likely to be held later this year once the health scare is contained. Singapore governments are constitutionally mandated to aim for a balanced budget in their five-year term. The current administration was fortuitously sitting on S$17 billion-plus in surpluses accumulated since 2016. The stockpile will come in handy to please voters and fight the virus.