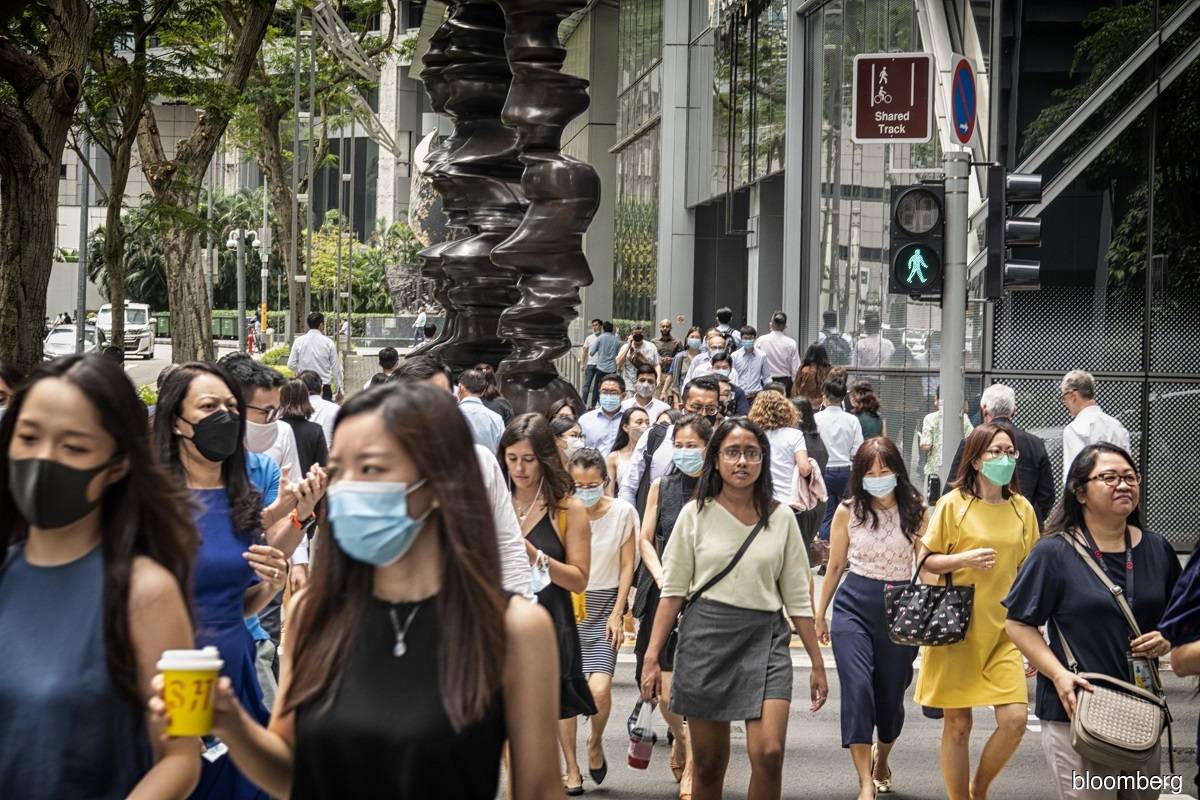 SINGAPORE (Sept 27): Singapore's total population grew 3.4% to 5.64 million as of June after shrinking for the prior two years during the Covid-19 era.

The number of Singaporean citizens rose 1.6% to 3.55 million while the non-resident population, including workers and students, climbed 6.6%, according to the Department of Statistics. The rise comes as the government tries to attract rich foreigners and talented professionals to bolster the workforce with Singapore competing to become the top financial hub in Asia.

Comparatively, Hong Kong announced a drop of 1.6% at mid-2022 as it struggled with a population outflow during Covid-19 lockdowns. More than 700 finance professionals moved to the city-state from regional rival Hong Kong last year, according to recruitment firm Robert Walters.

Singapore's non-resident population shrank to its lowest level in 10 years in 2021, as travel curbs coupled with a slowing economy economy and tightened stance toward employing foreign labour bit.

The mid-year report also showed that Singapore continued to get older, as the median age in the city-state increased to 42.1 years from 41.8 years for residents.