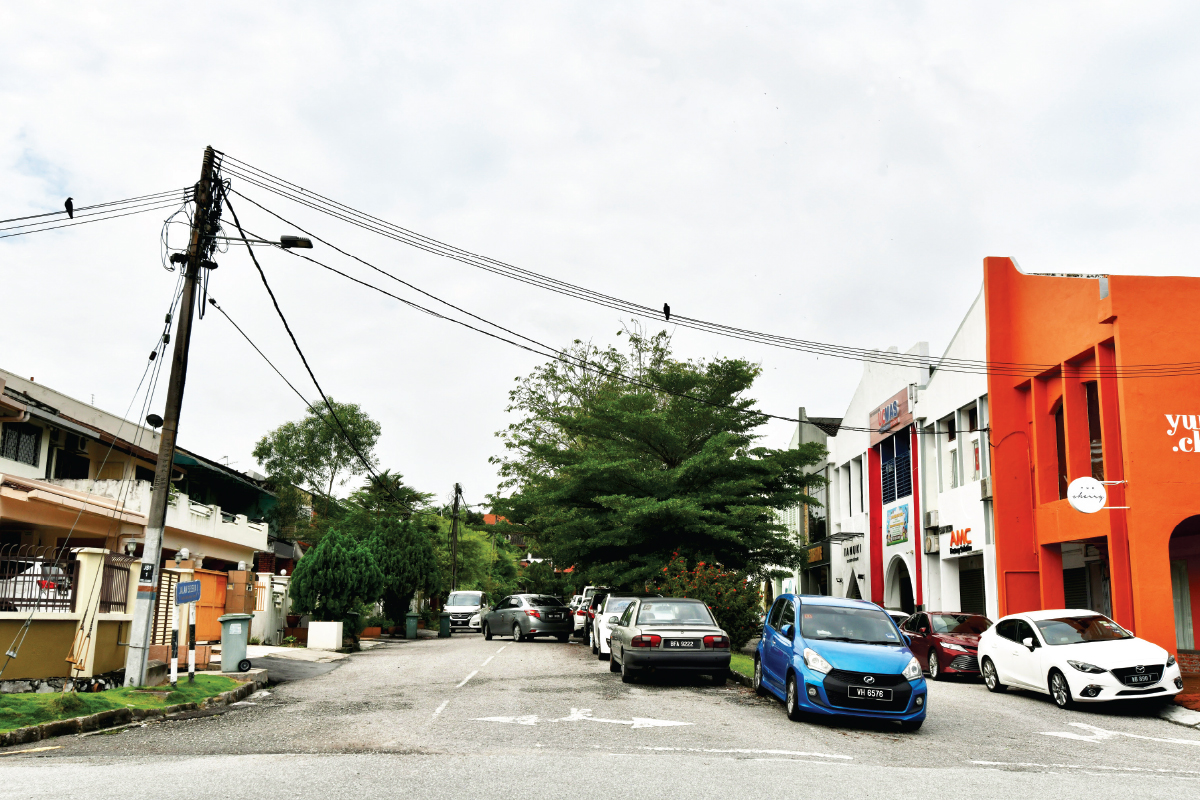 The shops on Jalan Selera 1 are not really visible from the main road. They cater largely to the residents in the area and its surroundings. (Photo by Pictures By Sam Fong/The Edge)

The shops on Jalan Selera 1 in Taman Bukit Indah, Kuala Lumpur, have distinctive A-frame roofs and arches that provide shade for their five-foot way.

Although much less busy and less popular than the nearby commercial area of Jalan Perisa 1 and 2, Jalan Selera 1 is now known for its trendy, Instagrammable F&B outlets such as Tanuki by Crustz, The Sherry, Sunday Coffee & Cakes and Belly & The Chef Dining.

A sister establishment of the popular Xiao By Crustz patisserie in Happy Mansion, Petaling Jaya, Tanuki By Crustz offers a delectable range of creative ice cream desserts. Like Tanuki, The Sherry and Belly & The Chef Dining also boast light-filled interiors thanks to the building’s arches.

Sunday Coffee & Cakes is another crowd favourite that can get quite packed during peak hours. This neighbourhood café, which sometimes has a queue or waiting list, is popular for its bread and sandwiches.

The stretch is also home to Chinese seafood restaurant Soon Tuck,  education centres,  a religious centre as well as some offices.

Though most would consider Jalan Selera 1 as part of Taman OUG, it is technically within the housing enclave known as Taman Bukit Indah, which sits adjacent to the more well-known Taman OUG. According to See, Taman Bukit Indah was built in the 1970s and comprises landed shopoffices and terraced houses. There are 16 units of 2-storey shops on Jalan Selera 1, he notes.

“Jalan Selera 1 is less popular as it is not visible from the main road. It mainly caters to the residents in the area and its surroundings. Car park lots are limited and the area is [quite concealed] so it may not be easy for outsiders to find it,” he adds.

According to See, recent transactions on the stretch include the RM1.5 million sale of a 2-storey shopoffice with a land area of 1,603 sq ft and built-up of 2,738 sq ft.

“In 2017, two transactions were recorded for similar-sized shops, at RM1.05 million and RM1.3 million respectively,” he says.