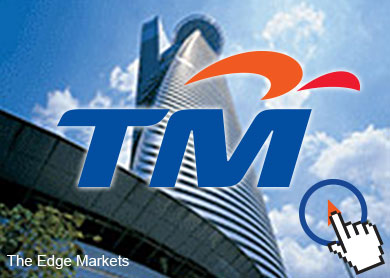 Revenue rose, "mainly due to higher revenue from other telecommunication-related services, Internet and multimedia, which mitigated the decline in data and voice," according to TM.

TM said its other telecommunications-related services comprise projects undertaken for its customers. According to TM, subscribers of its Internet and multimedia services under the "UniFi" brand had risen to 699,822, from 607,377 a year earlier.

Looking ahead, TM's broadband and data services are seen as growth drivers for the company.

TM said its FY14 outlook remained positive, as it consistently focused on both segments.

"We have exceeded 712,000 UniFi customers to date, encouraged mainly by our continuous effort to offer fresh and innovative HyppTV content," TM said.