Is there a light — even a dim light — at the end of the tunnel for Serba Dinamik? 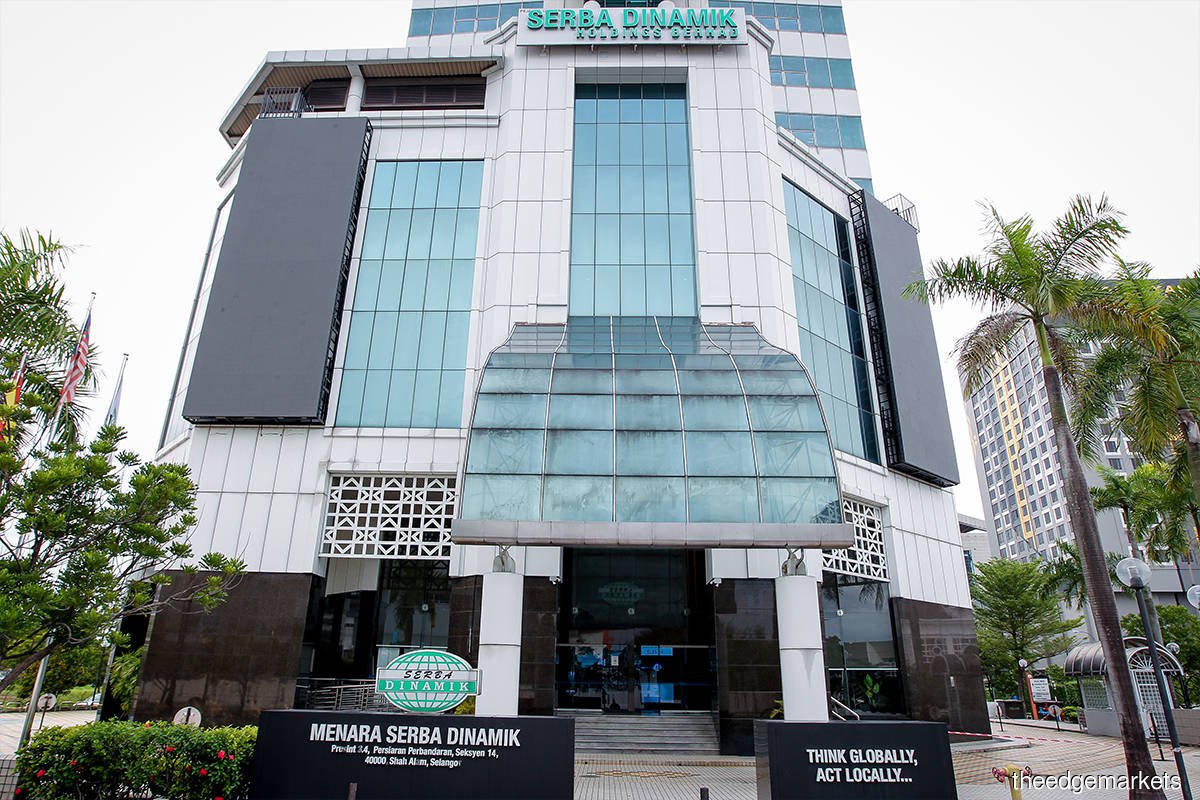 (April 18): There seems to be no ending to the Serba Dinamik Holdings Bhd saga whereby the global integrated oil and gas outfit — to the dismay of the investing fraternity and corporate governance proponents — blatantly disregarded and challenged enforcement actions by the regulators to keep an orderly market.

It must have been very frustrating for both the Securities Commission Malaysia (SC) and Bursa Malaysia Securities Bhd to face the conduct of Serba Dinamik which has been "dilly-dallying" despite its management having been charged for submitting a false financial statement to Bursa for the financial period ended Dec 31, 2020.

The Institutional investors Council Malaysia (IICM), which represents institutional investors in Malaysia, previously issued two articles to air its concerns on the matters raised by Serba Dinamik’s former auditors, KPMG PLT, which were seen as serious red flags with wide and far-reaching consequences.

Without a shadow of doubt, the issues surrounding financial transactions that were highlighted by KPMG warrant in-depth investigation with serious enforcement actions taken without any compromise to ensure that the integrity of the capital market is preserved.

On this note, we see that the regulators have been actively pursuing their enforcement actions on Serba Dinamik — the latest being the SC imposing a maximum compound of RM3 million against the company, its chief executive officer, executive director and two officers for the submission of the false financial statement.

In fact, an additional RM1 million compound was meted out on its vice-president of accounts and finance for falsifying the accounting records of the company’s subsidiary Serba Dinamik Sdn Bhd.

The said individuals were earlier charged for submitting a false statement to Bursa on Feb 26, 2021 in relation to the revenue figure of RM6.014 billion contained in Serba Dinamik’s quarterly report on consolidated results for the quarter and year ended Dec 31, 2020.

The Serba Dinamik fiasco has resulted in institutional investors disposing of their stakes in Serba Dinamik at low prices, incurring massive losses amounting to millions of ringgit.

This is especially so for investors — both institutional and retail — who have amassed enormous losses since KPMG red-flagged certain bills and transactions (to the tune of over RM4 billion) in the company’s accounts for the 12-month period ended Dec 31, 2020.

Much has been said and many have commented with various corporate governance proponents being of the view that such offences should not be allowed to be compounded as they need to serve as a deterrent to offenders who have failed to discharge their duties to protect the interest of the company and its shareholders.

Questions abound as to why leniency is granted to the people responsible for this fiasco. In fact, there was a previous case where a former executive director of another listed company was sentenced to seven months’ jail and a fine of RM100,000 for a similar offence under Section 369(b) (B) of the Capital Markets and Services Act 2007 (CMSA) in 2009.

The decision to compound Serba Dinamik’s offences even with the maximum amount permissible under Section 369(a)(B) of the CMSA is bound to convey the wrong message to corporate and capital market players. This has given rise to the perception of double-standard practices being accorded to certain individuals.

Recall that Serba Dinamik has outrightly refused to disclose the fact-finding update by Ernst & Young Consulting Sdn Bhd (EY), which is its special independent reviewer, to assess the veracity and accuracy of the issues highlighted by KPMG, its former external auditors.

In so doing, the company has blatantly ignored and challenged the authority of Bursa in ensuring that it complies with the existing Main Market Listing Requirements.

Fortunately, the market regulator has stood its ground by displaying its true grit by ensuring that all listed companies comply with the rules and regulations to protect the interest of the company and minority shareholders at all times.

In all fairness, the trigger-happy manner in which Serba Dinamik behaved in recent times — using legal recourse against its deemed adversaries from KPMG to EY and Bursa — begs the question if both the SC and Bursa should stand their ground by revisiting each and every issue highlighted by KPMG previously.

One also wonders how Serba Dinamik can suddenly turn its back on EY by challenging the latter’s appointment, taking into cognisance that EY’s appointment was not objected at the point of appointment with the terms of reference and scope of work agreed upon prior to its appointment on July 2 last year.

And looking at the issues surrounding Serba Dinamik, questions have arisen about the role played by the company’s board, in particular the independent non-executive directors (INEDs).

From the INEDs who have resigned citing disagreements on the actions taken by the company to sue its former auditors KPMG, to those INEDS who played an instrumental role in the decision to sue KPMG but who had subsequently resigned — and the batch of current INEDS — are their appointments just to fulfil the listing requirements?

Didn’t they fail to discharge their fiduciary duties? Should they not be taken to task? Should the board — especially its audit committee — be held accountable for failing to uphold the company’s financial integrity?

Such concern is not misplaced, especially considering the serious situation faced by Serba Dinamik whose grievances transcend both the financial and governance realms.

Along that lackadaisical process, many investors — from the institutional investors' level to retailers — would have succumbed to major losses that raise concerns over investors’ confidence and the risk of investing in the company.

At the very root of the issue is that shareholders are keen to ensure that market trust in the independence of the INEDs is not compromised, bearing in mind that it is the fiduciary duties of the INEDs to act in the best interest of the company while simultaneously protecting the interest of minority shareholders.

The INEDs should not be seen as being beholden to the management or certain shareholders.

At any rate, it is suffice to say that the proof of the pudding is in the tasting. Both market regulators — the SC and Bursa — should leave no stone unturned to get to the bottom of the Serba Dinamik fiasco.

Lya Rahman is an adviser to the IICM and she can be reached at [email protected].