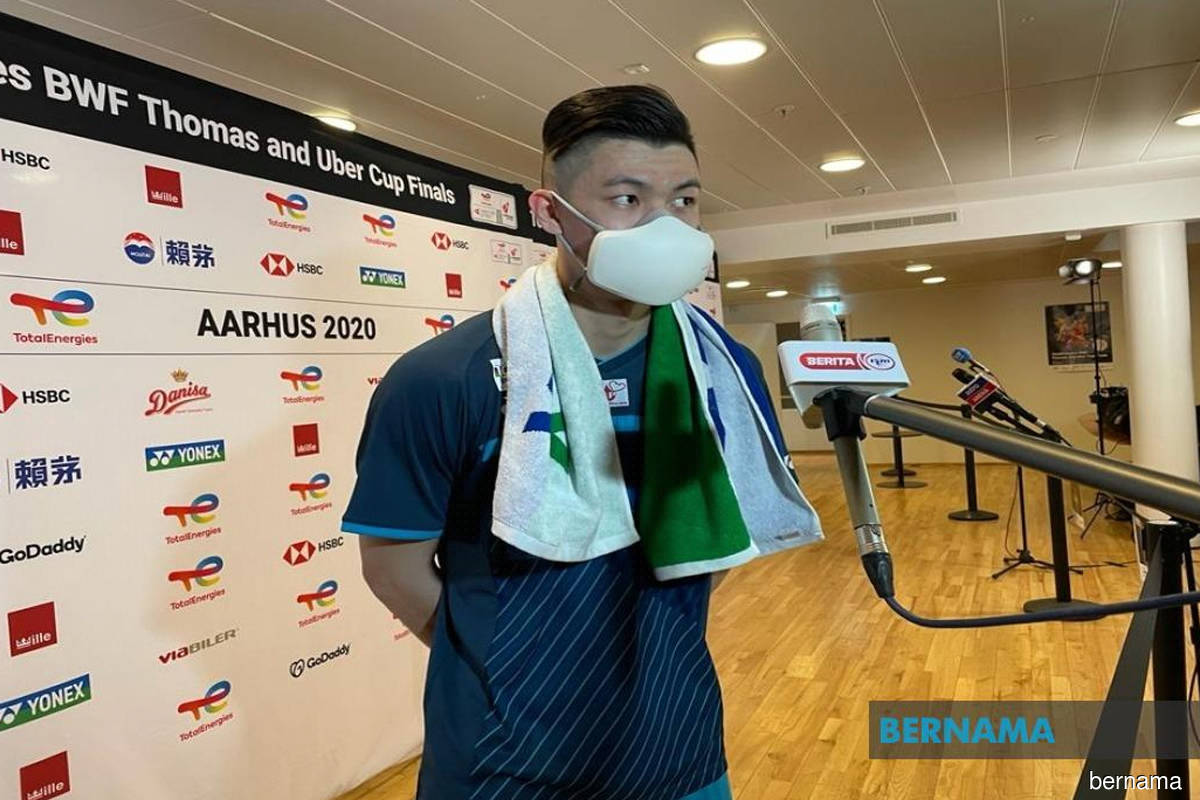 AARHUS (Denmark) (Oct 13): The young Malaysian shuttlers swiftly disposed of Canada 5-0 in their opening Group D match to confirm their quarter-final spot in the Thomas Cup at the Ceres Arena here on Tuesday (early morning of Oct 13 in Malaysia).

Malaysia took to the court knowing that a win over Canada would not only see them advance to the last eight but would also be the perfect tonic ahead of their last Group D tie against Japan on Thursday (Oct 14) following England’s withdrawal.

And the boys did not disappoint as they turned on the style.

World number eight and team captain Lee Zii Jia got the ball rolling by handing Malaysia the first point with a confidence-boosting win over Canada’s world number 39 Brian Yang in the first singles.

But credit to the 19-year-old Canadian for putting up a gutsy display against Zii Jia, who had to be on his toes to eke out a 21-18 win in the first game.

The second game saw the 23-year-old Zii Jia having much better control of his opponent to seal a 21-13 win after 38 minutes. It was also Zee Jia’s second win over Brian, having defeated him in the first round of the All England en route to clinching the title in March.

Zii Jia said he stepped onto the court with two targets: get the first point for Malaysia and avoid losing to the rising Canadian star.

“I feel that the most important thing today was my mental strength and I managed to force him into making mistakes. There is no doubt that Brian is a good player offensively and defensively,” said Zii Jia.

Brian has been a sensation of late in men’s singles. First, he stunned world number seven Jonatan Christie of Indonesia in last week’s Sudirman Cup. Then, on Sunday (Oct 10), he beat world number 13 Kanta Tsuneyama of Japan in their Thomas Cup Group D opener.

But even he had to admit that Zii Jia was just too good.

“His performance is really solid and his defence is strong, so that puts me under a lot of pressure. Zii Jia’s attack is one of the best in the world right now… it’s so fast and the angle is really very difficult (to handle),” said Brian.

Cheam June Wei, the 2014 Youth Olympic Games mixed doubles champion, then made it 2-0 for Malaysia in second singles.

That set the stage for debutant Ng Tze Yong to clinch Malaysia’s winning point in third singles. And he did just that.

He rose to the challenge splendidly in the first game, outplaying Canada’s B.R. Sankeerth 21-7.

The Canadian then changed his tactics in the second game and gave 21-year-old Tze Yong a better fight. In fact, Sankeerth even led 8-1 at one stage before the world number 82 Malaysian fought back to win 21-19 to confirm Malaysia’s spot in the last eight.

Malaysia then sprang a surprise in the doubles ties when they fielded two scratch pairs by splitting up Tokyo Olympics bronze medallists Aaron Chia and Soh Wooi Yik.

In the last tie of the night, Aaron was paired up with Goh Sze Fei in second doubles and they took just 31 minutes to dispose of Sankeerth-Nyl Yakura 21-14, 21-13 to seal a perfect 5-0 win for Malaysia.