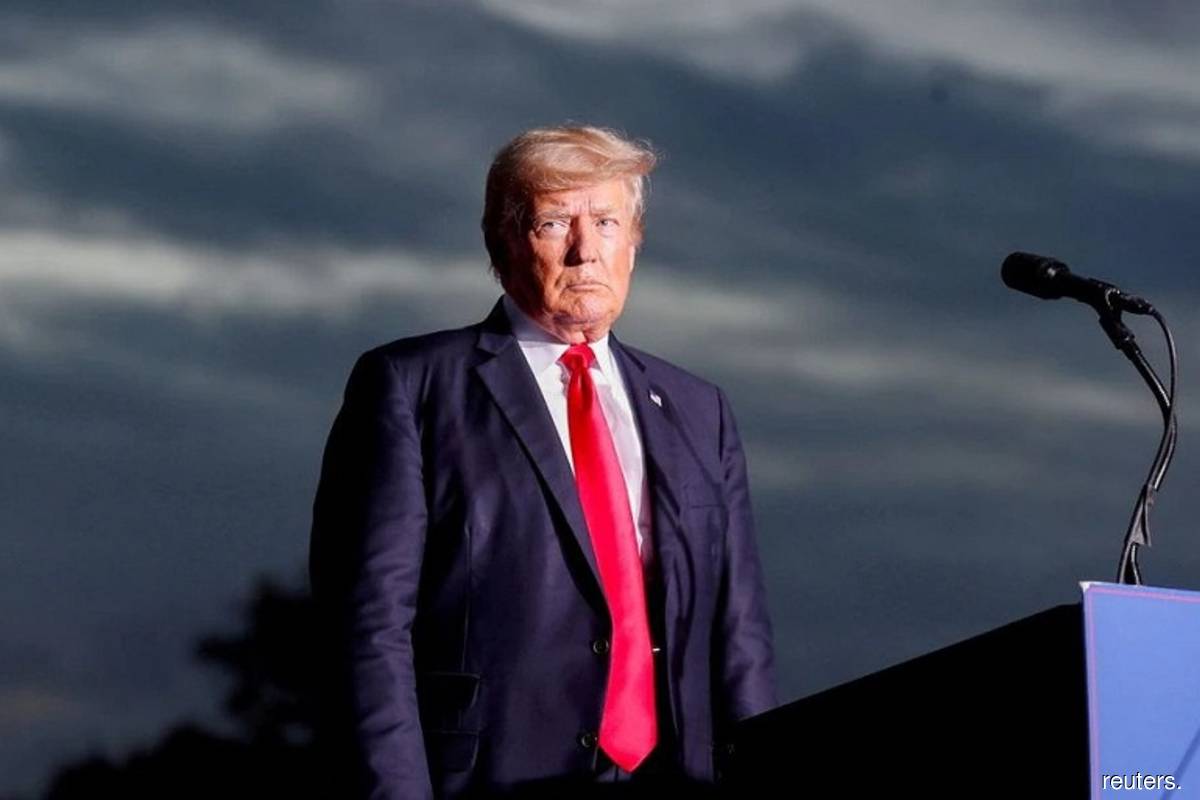 NEW YORK (Sept 21): Donald Trump and his adult children were sued for "numerous acts of fraud and misrepresentation" on Wednesday by New York state's attorney general in a civil investigation into the former US president's business practices, court records showed.

Attorney General Letitia James said Trump and the Trump Organization misstated the values of its real estate properties to obtain favourable loans and tax benefits. She said she was referring allegations of criminal wrongdoing to federal prosecutors in Manhattan and the Internal Revenue Service.

"With the help of his children and senior executives at the Trump Organization, Donald Trump falsely inflated his net worth by billions of dollars to unjustly enrich himself and cheat the system," James said in a statement.

The lawsuit marks one of the biggest legal blows for Trump since he left office in January 2021. Trump is considering running again for president in 2024.

James told reporters she is seeking to have the defendants give up all the benefits he obtained from fraud, estimated at US$250 million. The lawsuit also seeks to bar Trump and his children from running companies in New York, and to bar the Trump Organization from engaging in real estate transactions.

James has been conducting a civil investigation into Trump's business practices for more than three years.

The Republican former president has denied any wrongdoing and described James' probe as a politically motivated witch hunt. James is a Democrat. The Trump Organization has called James' allegations "baseless".

Wednesday's lawsuit followed a contentious investigation in which James accused Trump, his company and some family members of using delay tactics to ignore subpoenas and avoid testifying.

Trump on Aug 10 declined to answer questions in a lengthy, closed-door deposition at the office of the attorney general, invoking his constitutional right against self-incrimination more than 400 times.

Donald Trump Jr and Ivanka Trump agreed to sit for depositions only after court decisions required it.

Another of Trump's children, Eric Trump, invoked the right against self-incrimination more than 500 times in a 2020 deposition.

Trump has been beset with legal troubles since leaving the White House.

The FBI conducted a search of his Mar-a-Lago estate in Florida on Aug 8, as part of a criminal investigation into his handling of presidential records including classified material.

Trump also faces a criminal investigation in Georgia over his efforts to overturn the 2020 election results.

He has denied wrongdoing in the various probes.

The company is scheduled to stand trial in October, accused of paying off-the-books benefits to employees. Its former longtime chief financial officer Allen Weisselberg has pleaded guilty and will testify against the company.

James is assisting Bragg in his criminal probe.