United States: The end of an illusion of omnipotence 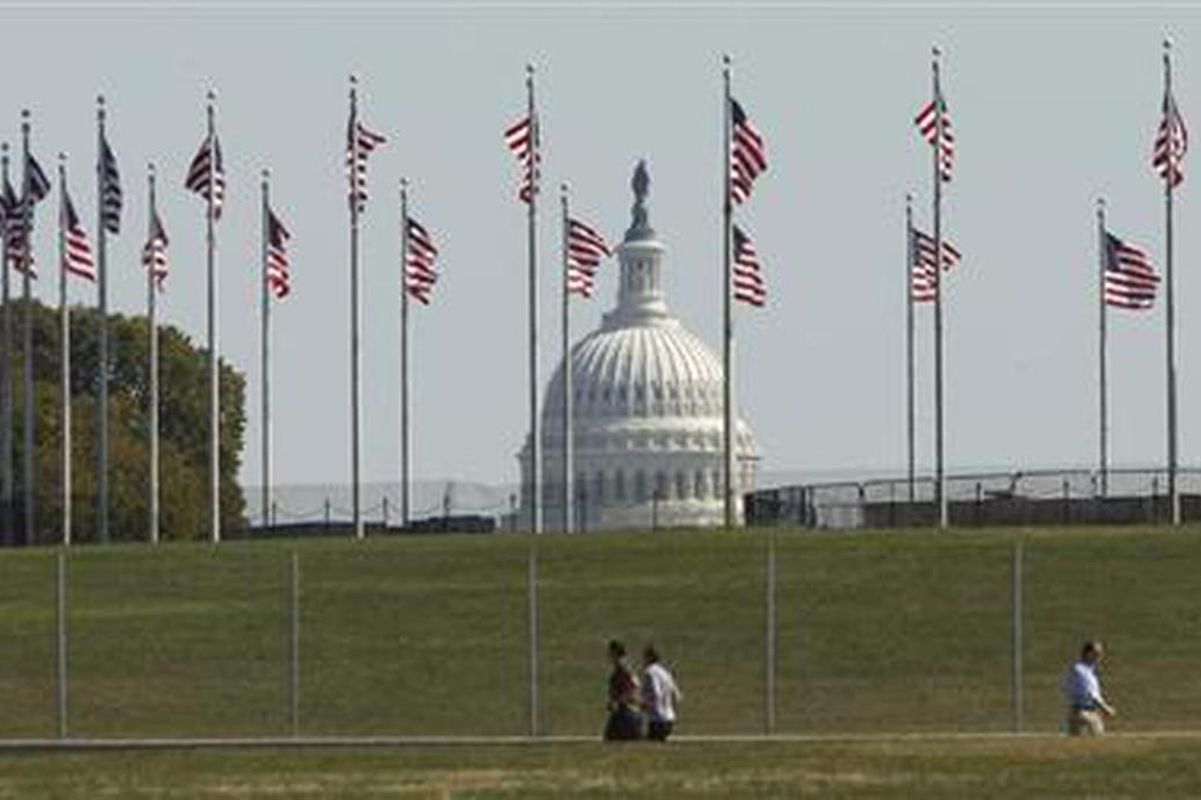 (July 20): “I do not accept second place for the United States of America.” That simple statement, delivered to rousing effect by Barack Obama in his first State of the Union, in January 2010, managed to summarize the current American strategic horizon in a single sentence.

For decades, the United States has been in relative decline, facing the prospect of someday being overtaken by a rival power. Its main problem, however, is not the relative decline itself – it’s a natural phenomenon occurring as companies, sectors, regions and countries grow at uneven rates. Instead, its main problem is a failure to recognize this condition, whether out of pride, electoral calculation or simple lack of awareness.

In 1986, in his masterful The Rise and Fall of the Great Powers, Paul Kennedy explained that great powers rise and fall precisely because of their uneven growth: it is therefore the relationship between their varying growth rates that — “in the long run” — is decisive.

Apart from a few brief periods of recession, the United States has never stopped growing. Since the 1950s, however, it has grown at a slower rate than most of the rest of the world: thus, it has been in relative decline. Between 1960 and 2020, its real GDP (i.e., in constant dollars) grew by a factor of five and a half times, but, in the same period, the GDP of the rest of the world was multiplied by eight and a half times: so while the US economy continued to grow in absolute terms, those of its rivals grew at a faster pace.

Moreover, if we compare the United States to its main rival, China, the growth gap is abysmal: while the US economy was growing by five and a half times, China was growing by 92 times. Put another way, in 1960, the US economy was equivalent to that of 22 Chinas; yet by 2020, it “weighed” only as much as 1.3 Chinas. In culinary terms, the cake has become much bigger for everyone, but the slice that goes to the United States has become relatively smaller.

This relative decline in economic and productive weight ultimately results in a narrowing of the margins for political action, due to the phenomenon of “overstretching,” the phenomenon at the origin of the fall of some great empires (from the Roman Empire to the Russian). Kennedy — in 1986 — explained it in this way:

“Decision-makers in Washington must face the awkward and enduring fact that the sum total of the United States’ global interests and obligations is nowadays far larger than the country’s power to defend them all simultaneously.”

That is, the global interests and obligations that the United States could afford to defend with a GDP of nearly US$3.46 trillion in 1960, could not all be defended simultaneously in 1986 with a GDP of US$8.6 trillion, and even less so today despite a GDP approaching US$20 trillion. This paradox is only apparent: while the GDP of the United States in 1960 was almost half (46.7%) of the GDP of the rest of the world, by 2020 it had become less than a third (30.8%).

Kennedy’s prescient analysis unfortunately suffered from a case of bad timing. Three years after the release of his book, the pro-Russian regimes in Europe collapsed; four years later, the first of Japan’s “lost decades” began; five years later, the Gulf War (for which Washington assembled one of the largest military coalitions in history) broke out; and, at the end of that same year, 1991, the Russian Empire, in its Soviet version, imploded.

With the world’s second economic power (Japan) experiencing a sharp slowdown, and the Soviet Union disappearing, the relative decline of American GDP enjoyed a trend reversal, albeit a slight and short one. As a result, Kennedy’s book, when not mocked, was often forgotten.

Then began a period of US intoxication with being the “single superpower” in a “unipolar world,” the “hyperpower,” in which Americans thought they could reshape the world in their image despite no longer having the strength to do so and even as new competitors were beginning to flex their muscles. America’s relative decline did not depend solely on Japan’s rise, and certainly not on the USSR, but on the ineluctable tendency to uneven development; in Aristotelian terms, Japan and the USSR were the “accident”, and relative decline was the “substance”.

Nonetheless, some US leaders took advantage of the accident to deal with the substance: the Gulf War was one episode; another was the intervention in Bosnia; and the enlargement of NATO to the east was yet another, just to recall the main stages (not to mention the progressive reopening to China after the Tiananmen Square massacre, seen as an Eldorado of easy and abundant profits).

The NATO enlargement of the 1990s has recently been thrust back into the center of international debate, following the Russian invasion of Ukraine. For the Russians and their friends, this enlargement is the “original sin” from which everything sprang, placing responsibility, they say, for Vladimir Putin’s “special military operation” entirely on Washington’s shoulders.

As in all ideologies, there is a pinch of truth (which make them plausible), which is greatly simplified and de-contextualized before being served to the masses as a soup of propaganda. The pinch of truth comes precisely from Washington’s unilateral decision to position itself, through NATO, in Central and Eastern European nations newly freed from the Russian yoke.

For context, however, we must look to the expansion into those very same territories by the European Union. NATO’s expansion preceded that of the EU; by five years in the case of Poland, the Czech Republic and Hungary (in 1999); a few months (in 2004) for Slovenia, Slovakia and the three Baltic states; and three years (still in 2004) for Bulgaria and Romania. The buffer states between Russia and the heart of Europe, which lay at the center of American concerns after the two world wars, were again of burning topicality: those states could not be left to the exclusive control of Europe, because otherwise they would cease to be a buffer.

Now, if the United States has an incontrovertible strategic objective, it is precisely to prevent Europe (or, to be realistic, Germany and/or any group centered on Germany) from establishing a cooperation of any kind with Russia.

Since replacing the United Kingdom as the world hegemonic power, the Americans have inherited the “heartland” theory formulated by Sir Halford Mackinder. It essentially holds that if Eastern Europe (read Germany) takes control of the heartland (read Russia) its dominion over Eurasia, and therefore over the world, will ensue. The theory reflects the constant British concern over a possible Eurasian continental union capable of contesting, and ultimately overthrowing, London’s hegemony. This is why the British intervened three times on the continent to prevent its unification: once against France and twice against Germany.

Mackinder’s thesis was revived during World War II by Nicolas Spykman, a Dutch-born Yale political scientist, who transformed it into the theory of “rimland”, that is, a “ring” of countries that could surround the heartland. In Spykman’s formulation, control of this ring becomes crucial for world control, a thesis later translated into the policy of containment, that is, of a cordon sanitaire around Russia.

Containment was nothing more than the expansion to the Asiatic front of the first postwar system of buffer states, though it was deliberately misrepresented throughout the Cold War: its purpose, in fact, was not to “contain” Russia, which posed no serious threat, given its extreme weakness (George Kennan himself, “father” of containment, wrote in 1947 that “Russia will remain economically a vulnerable, and in a certain sense, an impotent nation”), but to contain Germany and Japan – that is, to cut off the legs of the pro-Russian factions in these two countries, leaving the cast-iron border control of the rimland to Stalin’s tanks.

The concern over a possible Eurasian continental union capable of challenging, and ultimately overthrowing, their world hegemony had passed from the British to the Americans. As Henry Kissinger openly confirmed:

Farewell to the notions of “a civilizing mission,” “the defense of freedom,” “an arsenal of democracy,” or a war on militarism, fascism or communism… Once the ideologies evaporate, the reality of the great powers’ relations of force remain, in which the strongest dictates the rules, rewrites history and forges the ideologies that everyone is bound to believe.

In 2011, Vladimir Putin launched his proposal for a Eurasian Union (one of the many attempts to recompose the Russian empire), intended to become an “essential component of Greater Europe… from Lisbon to Vladivostok,” the American secretary of state, Hillary Clinton, reacted promptly and frankly:

“There is a move to re-Sovietize the region. It’s not going to be called that. It’s going to be called a customs union, it will be called Eurasian Union and all of that… But let’s make no mistake about it. We know what the goal is, and we are trying to figure out effective ways to slow down or prevent it.”

If the risk, feared by Mackinder, Spykman, Kennan, Kissinger, Brzezinski and Clinton, is that of a possible union of forces between a great industrial power and the Russian heartland, it is evident that the threat to the United States today comes more from China than from Europe or Japan.

It has reunited, enlarged and rearmed NATO, removing the possibility of an agreement with Europe or even with just some European countries.

It has heightened Beijing’s distrust of Moscow.

Americans get the benefit; but a strategy cannot be built on the blunders of an adversary, and herein problems arise.

Meanwhile, the fact that there is an objective strategy (avoiding “second place for the United States,” in Obama’s words) does not necessarily mean that it becomes a subjective strategy, that is, consciously organized, planned, and implemented by a ruling class.

“There is no favorable wind for the sailor who does not know where to go,” Seneca wisely said; and the United States looks like that sailor: its relative decline has yet to be identified as such, and its political division means that any possible strategic hypothesis risks being modified – or even overturned – every four years.

Moreover, much of the country’s political class, drunk on ideologies, still feeds on the tale told by George W. Bush’s advisor Karl Rove nearly 20 years ago: “When we act, we create our own reality”; and while specialists are scrambling to study or decipher that reality, “we’ll act again, creating other new realities.” The several thousand “Roves” present in the American political class render their country the same service that Putin’s advisers, drunk on ideologies, render to theirs: with their good intentions and their stubborn and proud ignorance of geopolitical constraints, they pave the way to hell.