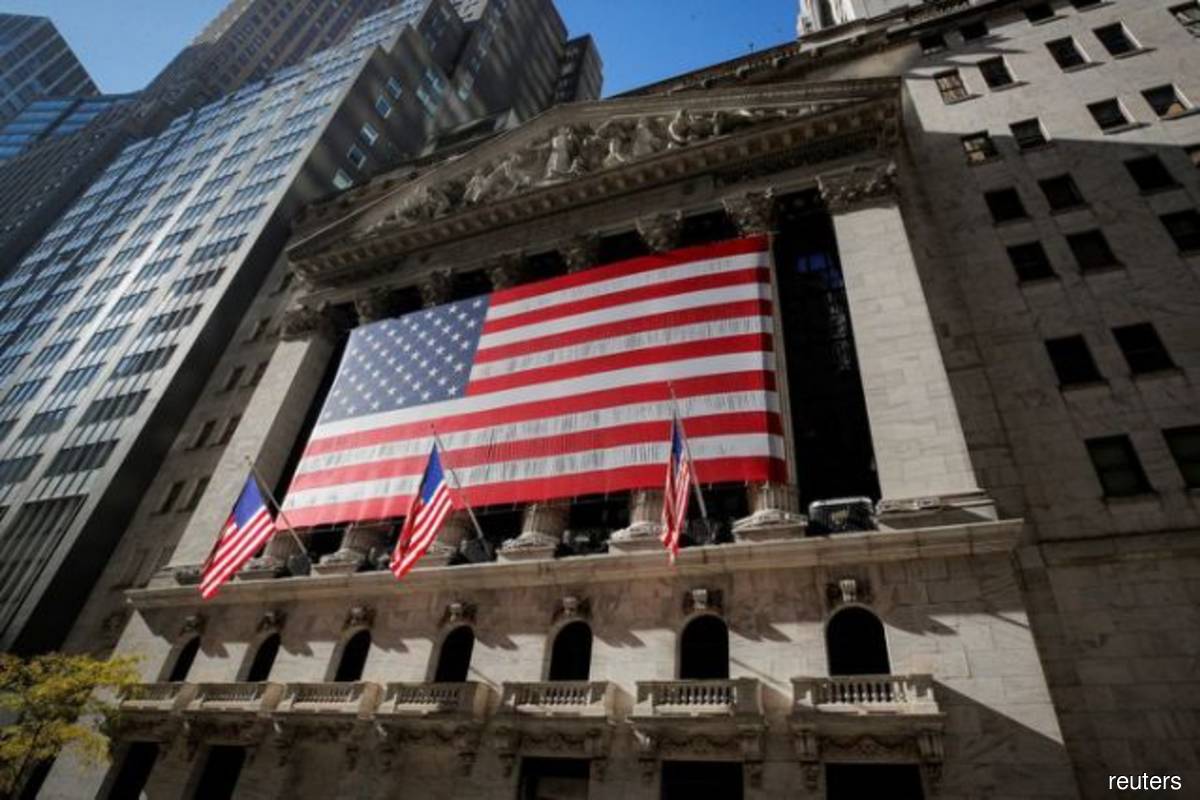 NEW YORK/BENGALURU (June 24): Wall Street's main indexes climbed more than 2% on Friday, as signs of slowing economic growth and a recent weakening of commodity prices tempered expectations over how high the Federal Reserve will raise interest rates to rein in inflation.

Global financial markets have been roiled this month on worries that rapid rate hikes by major central banks could cause a recession, with the benchmark S&P 500 confirming a bear market last week as it recorded a 20% drop from its January closing peak.

The three main indexes looked set to notch their first weekly gain of the month, boosted by megacap growth stocks and defensive sectors such as healthcare and utilities seen as safer bets during times of economic uncertainty.

"The reality is there's some optimism that the weakening economy, the stronger potential for a recession down the road could actually impede the Fed's aggressive hiking schedule," said Ryan Detrick, chief market strategist at LPL Financial.

"The Fed is still talking a hawkish game, but the economic data is saying they might not need to be as hawkish down the road, and that's led to this big oversold bounce."

US consumer sentiment hit a record low in June even as the outlook for inflation improved slightly, a survey showed on Friday. Data on Thursday pointed to slowing US business activity in June.

Helping ease inflation fears was a sharp drop in commodity prices this week. Copper was heading for the biggest weekly fall in a year, while crude prices, though higher on the day, were set for a second weekly decline on recession fears.

Fed funds futures traders are now pricing for the benchmark rate to rise to about 3.5% by March, down from expectations last week that it would increase to around 4%. It is currently 1.58%.

The Fed's commitment to fight high inflation is "unconditional," Chair Jerome Powell told lawmakers on Thursday, a day after saying it was not trying to provoke a recession but that was "certainly a possibility".

All the major 11 S&P 500 sectors gained on Friday, led by a 3% jump in financial and materials indexes.

Growth stocks such as Apple Inc and Tesla rose 1.5% and 3.9% respectively, as US Treasury yields hovered near two-week lows hit on Thursday.

Zendesk Inc soared 28.2% after the software company said it would be acquired by a group of private equity firms led by Hellman & Friedman LLC and Permira for US$10.2 billion.

The S&P index recorded one new 52-week high and 29 new lows, while the Nasdaq recorded 24 new highs and 46 new lows.