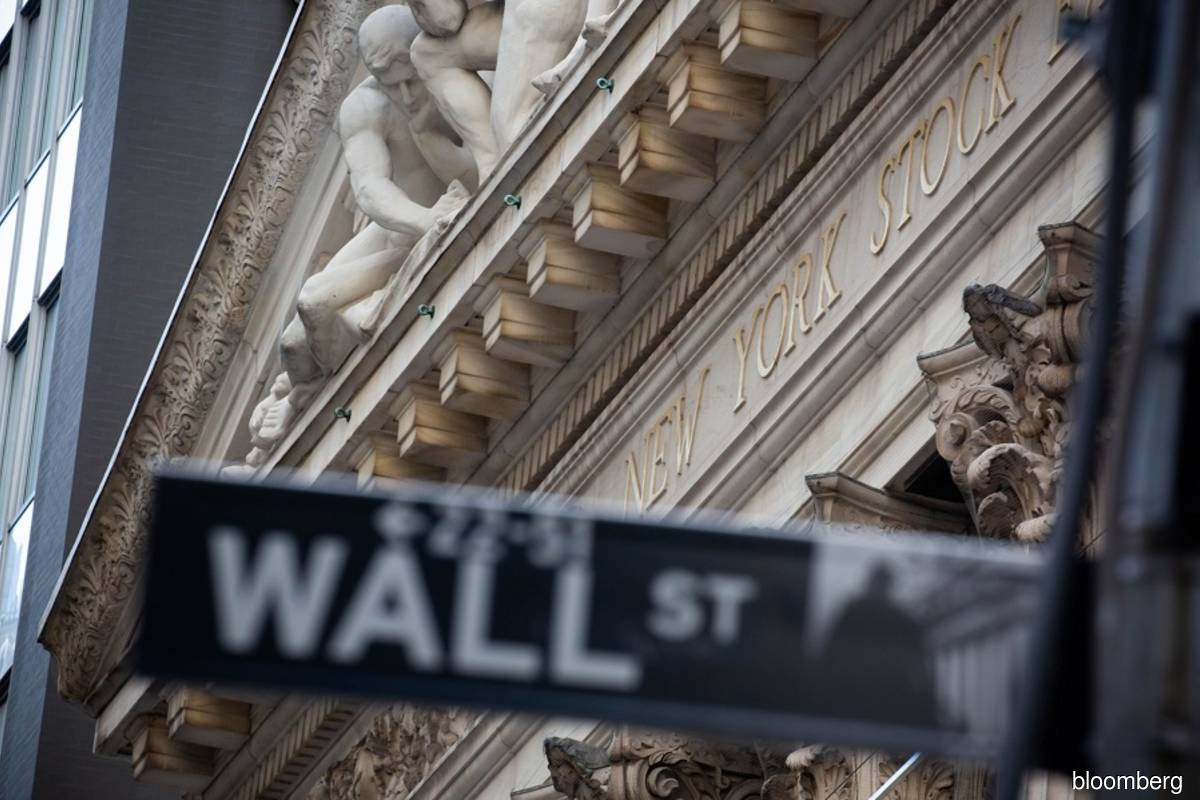 NEW YORK/BENGALURU (July 13): US stocks slipped on Wednesday after hotter-than-expected inflation data fanned fears that the Federal Reserve might take a more aggressive stance on interest rate hikes, potentially tipping the economy into a recession.

The main indexes, however, bounced off session lows as investors looked for signs that inflation had peaked amid a broad retreat in commodity prices, with Brent and US crude now trading below US$100 a barrel.

US consumer prices accelerated in June as gasoline and food costs remained elevated, data showed, resulting in the largest annual increase in inflation in 40-1/2 years and cementing the case for the Fed to go big on rate hikes.

"When you dig into the data, a lot of it was energy prices. So if you back that out, inflation was starting to slow in other areas, which is what the Fed wants to see," said Dennis Dick, proprietary trader at Bright Trading LLC in Las Vegas.

"I think they (the markets) are saying that the June report was peak inflation and it's only going to get better from here."

Surging prices globally have pushed central banks to raise borrowing costs this year, triggering concerns that a reversal of decades-long easy money policies could lead to a sharp economic downturn.

The benchmark S&P 500 closed out its worst first-half performance since 1970 and has struggled to make headway so far in July.

Traders of futures tied to the Fed's policy rate swiftly priced in a more than 50% probability of an even bigger 100-basis-point rise at the upcoming meeting, as per CME Group's Fedwatch tool, up from 7.6% chance a day earlier.

Expectations of a 75 basis points rate hike slipped to 46.5%.

"It's most likely we're going to have a recession because the Fed is going to have to act aggressively. A soft landing is relatively unlikely because that's so difficult to achieve," said Chris Zaccarelli, chief investment officer at Independent Advisor Alliance.

BofA economists now expect a mild US recession this year and forecast a 1.4% decline in real gross domestic product (GDP) in the fourth quarter.

US Treasury yields reversed earlier gains after the data, while a well-known Wall Street fear gauge, the CBOE Volatility index, slipped after touching a one-week high earlier in the session.

JPMorgan Chase & Co and Morgan Stanley are among the first big US banks to report quarterly results this week, kicking off the second-quarter reporting season in earnest.

Investors will closely watch earnings reports for signs on how companies are coping with rising costs and potential recession.

The Nasdaq Composite was down just 0.05% at 11,258.70, with high-growth stocks such as Tesla and Amazon.com Inc supporting the index.

Twitter Inc rose 8.6% after Hindenburg Research said it had taken a long position in the social media company.